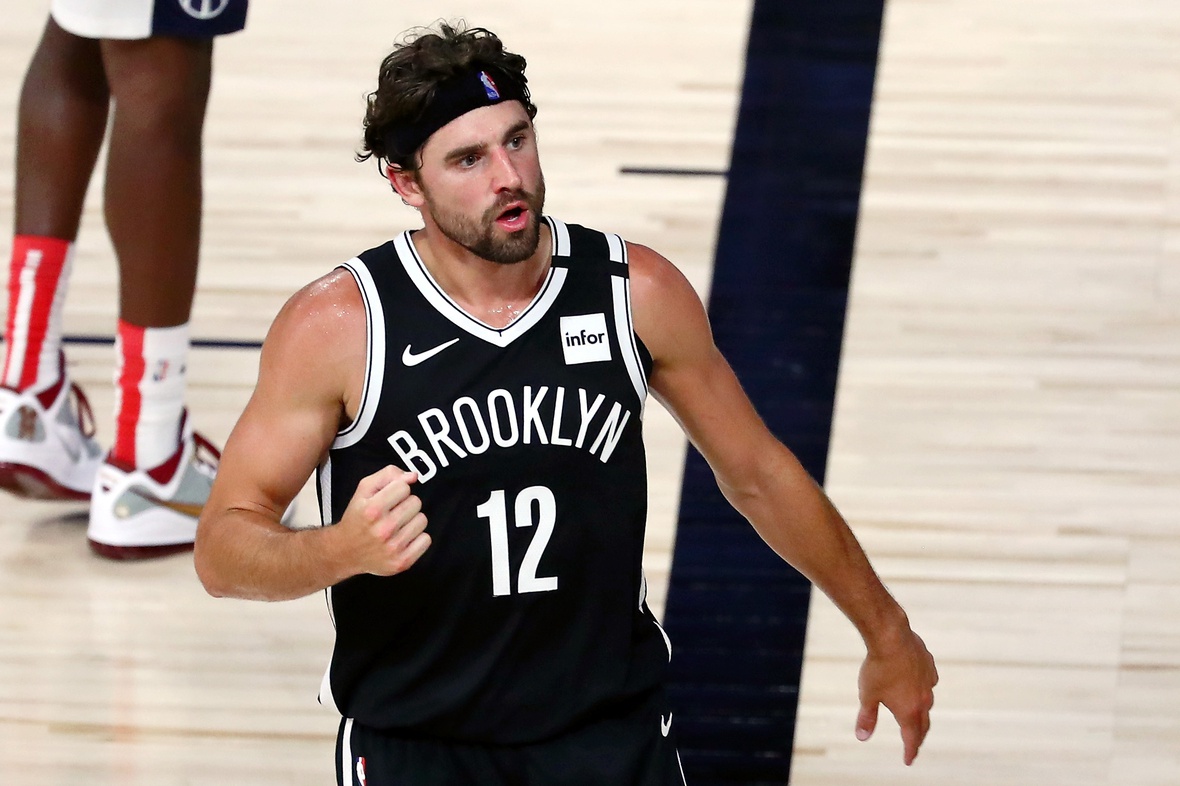 Brooklyn Nets General Manager Sean Marks is focused on retaining Joe Harris — and nothing else, apparently.

The Brooklyn Nets have been one of the most talked-about teams this offseason. It all started when they finally hired a new head coach that turned out to be NBA legend Steve Nash.

Having Nash coach the superstar duo of Kyrie Irving and Kevin Durant makes for an interesting conversation — so it’s no surprise Brooklyn was all of the talk throughout the offseason.

Then, Houston Rockets guard James Harden added more fuel to the fire. As Harden grows disgruntled in Houston, he demanded a trade from his front office — specifically noting he would like to join the duo of Irving and Durant in Brooklyn.

The Nets are reportedly interested, rightfully so. But getting Harden to Brooklyn is more of a wish rather than a priority. Therefore, Nets General Manager Sean Marks is more focused on what he has better control of; That’s getting Joe Harris back to Brooklyn.

According to The Athletic’s Alex Schiffer, Marks made it clear that retaining Joe Harris is the team’s top priority this offseason. “I don’t think we need to make trades or sign players just for the sake of making trades or signing players,” Marks said as he noted that Harris is their top target right now.

Despite not having a star label slapped on him, the 29-year-old guard is expected to garner notable interest in the free agency market. Teams will show Harris the money — but the Nets are zeroing in on him as their top target. Perhaps, championship hopes and familiarity will help them get Harris back in a Nets uniform this offseason.