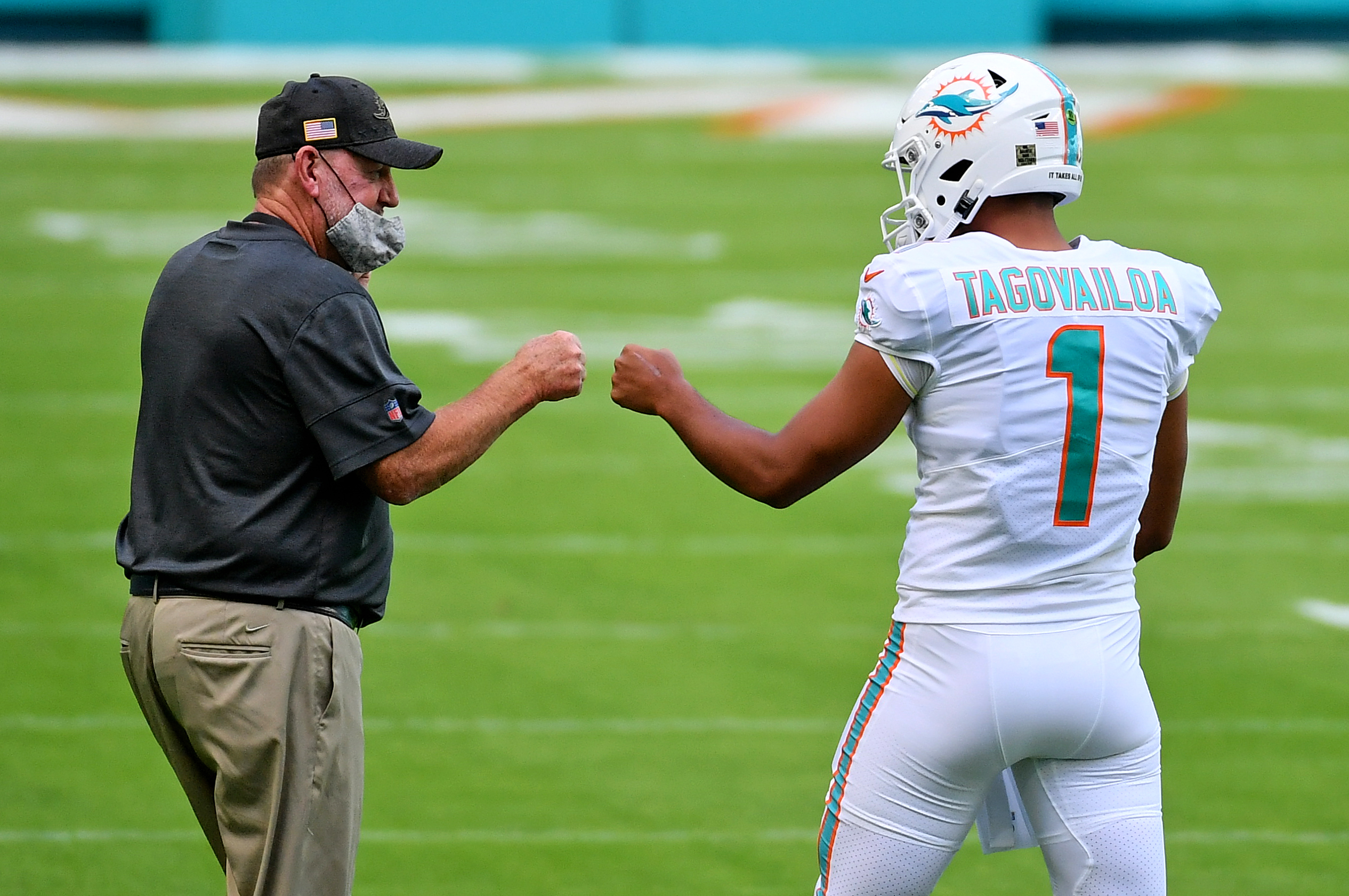 Dolphins rookie quarterback Tua Tagovailoa has taken the NFL world by storm, having started three games, winning all three of them.

In fact, the Alabama product has thrown five touchdown passes, with no interceptions — even though he got away with a few tossed into traffic in Sunday’s win over the Chargers. The Dolphins have employed a safe gameplan, but it works, as Tagovailoa has been extremely efficient, boasting a 104.8 quarterback rating.

The Dolphins are now 5-3, in great position to land a playoff berth. The Bills did them a huge favor losing to the Cardinals in Week 10 via a Hail Mary pass, and now the AFC East is even up for grabs.

Veteran quarterback Ryan Fitzpatrick got the team off to a great start, but it’s Tua’s team now. His teammates seem to really believe in him, as well as his offensive coordinator, judging by what Chan Gailey recently said.

Given the scouting report on Tagovailoa, we’re not surprised to hear about how strong his work ethic is.