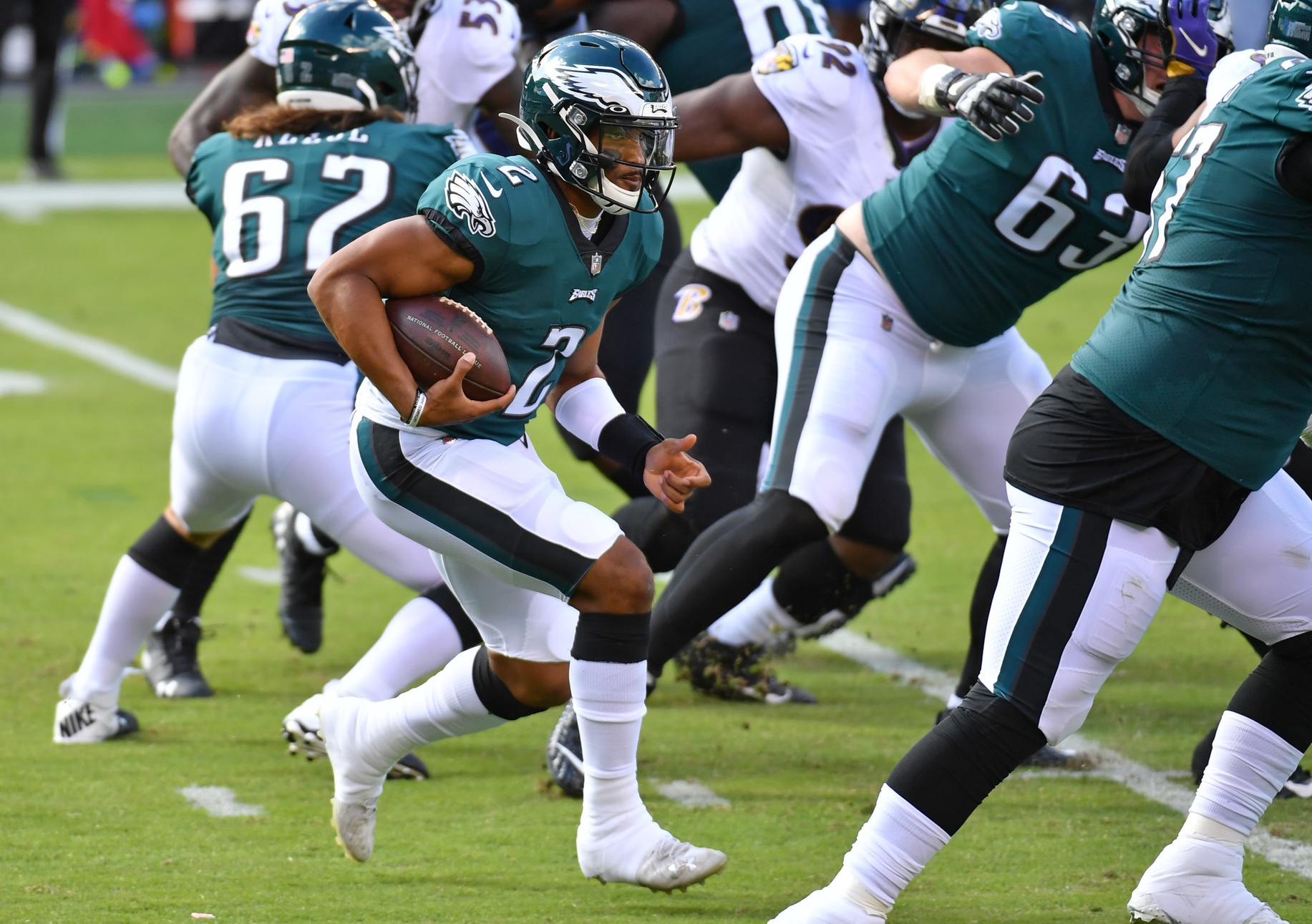 I’ll keep it simple here. Every team the Eagles play moving forward has five years’ worth of film on Carson Wentz. They know his strengths, and they know his weaknesses.

When it comes to Jalen Hurts, the opposition knows nothing. Again, Hurts could come in and play just as bad as Wentz. Then, we’re back to square one. But he could also come in and offer the Eagles an entirely different look, making it difficult for defenses to come up with an answer.

Hurts has played a couple of snaps every game for the last few weeks, but every time he’s in, the Eagles won’t allow him to use his arm. You have an exciting young quarterback who has yet to show what he’s got, so why not take the gamble?