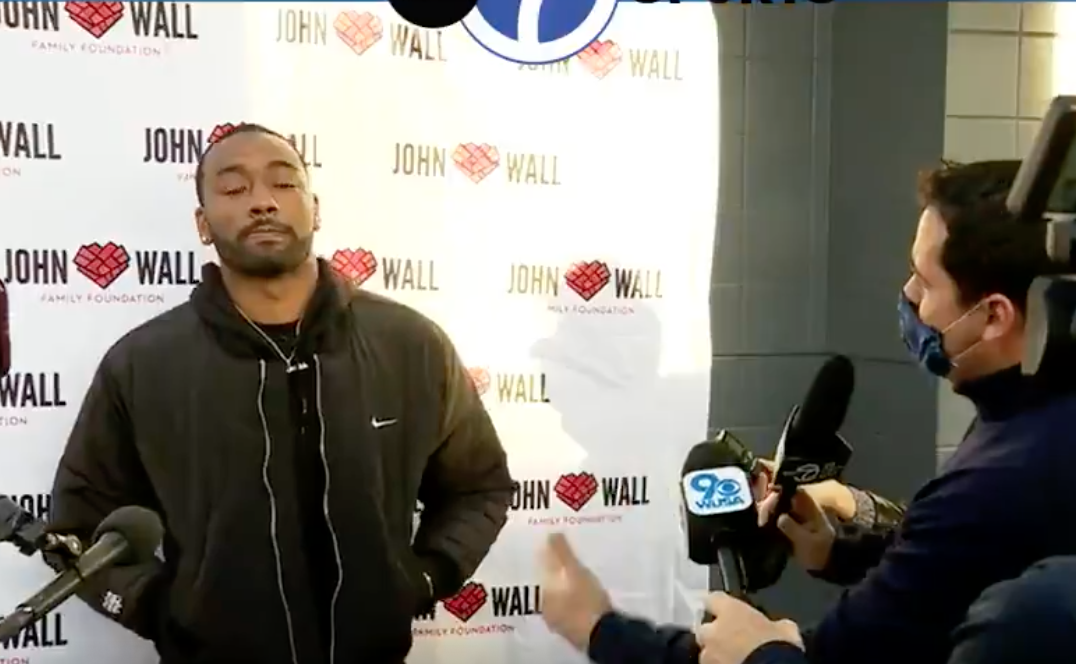 The John Wall situation is one of the most intriguing ones of the NBA offseason, as the rumors are circulating about him wanting out, yet the Wizards have vehemently denied them.

In the meantime, Wall has been working out, even though he’s yet to have addressed the talk of him wanting to be traded. Hanging out behind closed doors appears to be his strategy, but he stepped out in the public this week, and the media was all over him.

Wall has made a habit of handing out turkeys to needy families in Washington D.C., and that’s exactly what he did on Tuesday. Reporters were there covering the event, as they usually are, but one of them decided to treat it like a normal press conference — asking Wall about the trade rumors. It didn’t go well.

Did John Wall request a trade from the Wizards? @ScottABC7 asked the guard to set the record straight. pic.twitter.com/j0jFHF6vzw

“No comment” was a popular catch phrase on that evening, but it’s certainly understandable that he didn’t want to address business matters during a charity event.