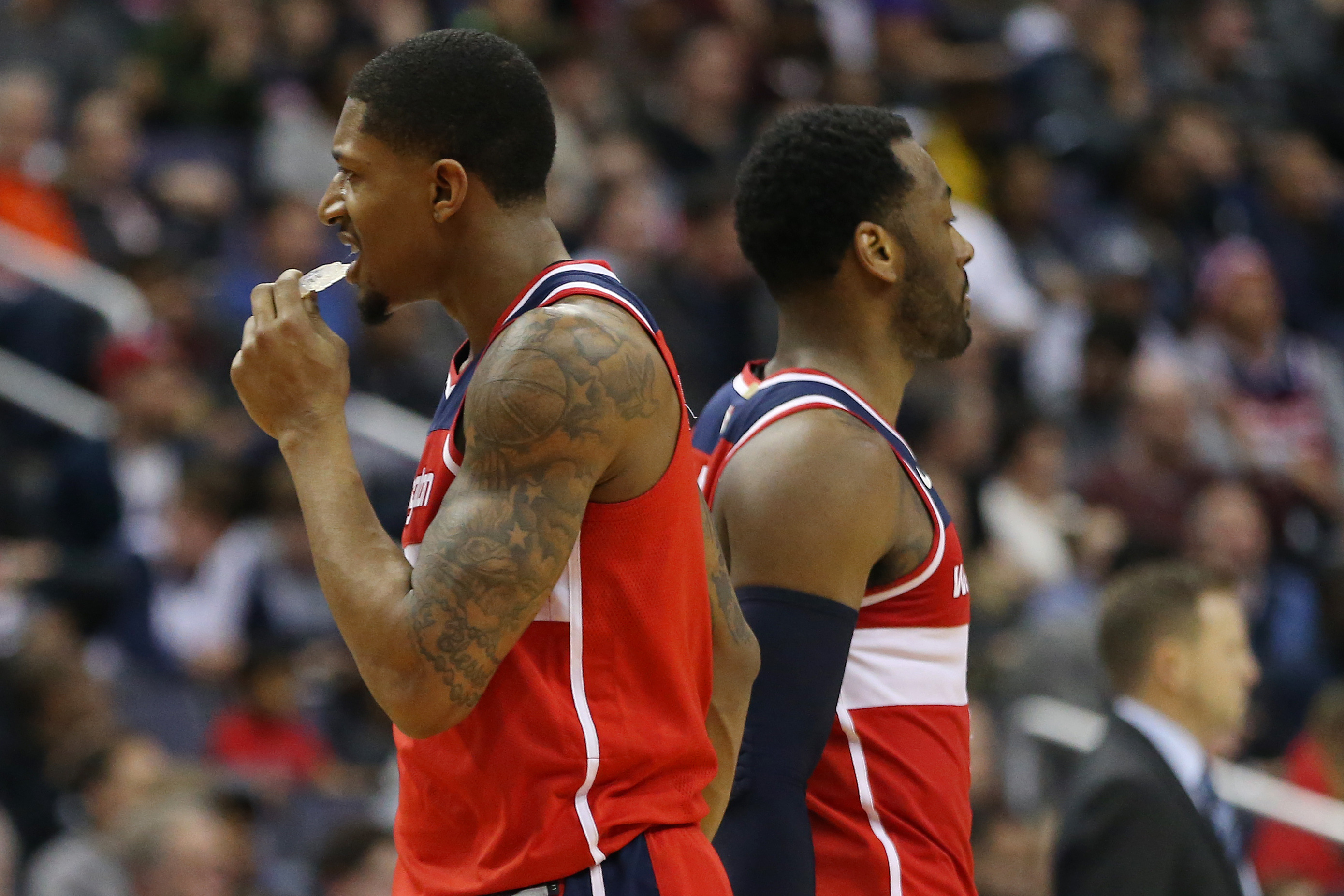 Color me an optimist, but I am someone who thought the 2020-21 Washington Wizards would be a tough out in the Eastern Conference playoff picture. That was after the marathon length 2019-20 season where Washington went just 1-7 in the Orlando bubble with their lone victory came to the Celtics B-Team. Since then so much has changed in the last four months for the worse.

In September while celebrating his birthday in New York, after a hard year, John Wall was videotaped throwing gang signs that went viral on social media. Despite an immediate apology, many in the organization including Ted Leonsis, Tommy Sheppard, and Bradley Beal were disappointed, to say the least. Even an ESPN television segment where Wall was invited to discuss his favorite football team, the Dallas Cowboys, the point guard was playing spades and paying limited attention. These transgressions alone in a vacuum are not necessarily much, but within the context of the past decade, things have accumulated on both sides.

Given the initial report from Shams Charania on November 17 that the Rockets and Wizards had discussed Russell Westbrook and John Wall in the framework of a trade of matching contracts, it appears last straws have been drawn. A few hours into free agency on November 20, less than an hour after Washington successfully re-signed Davis Bertans to a reasonable 5-year, $80 million contract, Shams reports that John Wall wanted out of D.C. Super agent Rich Paul probably informed Wall that the trade discussions had legitimacy, which insinuates that both the team owner and newly annointed franchise leader signed off on the talks Tommy Sheppard had with newly promoted Houston GM Rafael Stone.

To Wall, one of the biggest believers in loyalty, this was a slap in the face. After what will be two years since seeing an NBA court, the five-time All-Star has worked extremely hard to get back to where he is. All of this during the loss of his mom and best friend, Ms. Frances Pulley, and also the birth of his two sons. On the No Chill podcast with his former veteran Gilbert Arenas, Wall made it clear that the Wizards medical staff under since-fired Eric Waters misdiagnosed bone spurs in his knee as tendinitis. The point guard underwent double knee surgery in the Summer 2016 that could have been avoided if his ailments were treated properly earlier. Whether it is coincidence or related, it was also bone spurs in his heel that eventually led to his left Achilles tear that has kept him out the last two years. Wall has always been willing to put his body on the line for the organization, just look at the 2015 playoffs when he played with broken bones in his wrist. Given the Wizards culpability in Wall’s recent injuries, the supermax recipient probably feels he is owed the transparency not to be shopped. For whatever it’s worth, Sheppard said he talks with Wall every other day on average, but more about life than basketball.

Sheppard has played firefighter as much as general manager this week and that continued on November 23 as he held his third scheduled Zoom availability in just the past week. Again, Sheppard vehemently denied any plans to trade Wall. The general manager attended Wall’s Monday workout with assistant coaches Alex McLean and Wall put on a show. Sheppard and Wall did speak to each other and according to the former everything is full steam ahead, but I also would not like my chances against Sheppard in a poker game.

Tommy Sheppard: "There's no plans to trade John. It's unfortunate that this time of year, I think the bait and tackle [rumor] shop is wide open for business. … As we get ready for this training camp ahead of us, we are all in, we are all excited." pic.twitter.com/FjtUXMlI5d

Holding Sheppard to his word that there are currently no plans to trade Wall before the start of the season does not mean that things could not quickly change. Relationships are on egg shells and the slightest annoyance could send things back into havoc. At this point, it appears a motivated Wall will be ready to go for Washington come training camp next week. Then maybe a third of the way into the abbreviated 72-game season (early February), the team could be at a crossroads. If Wall and Beal are gelling again while the team experiences success, then that alleviates some issues. If the team is not meeting expectations (i.e. not in the playoff picture), but Wall has shown he is healthy and/or playing at a high level again (as his staple offseason workout videos would indicate) then his stock improves and trades could be explored again. The fact of the matter is a 30-year old Wall is due $133 million over the next three years after having missed the last two years and the 29 other NBA teams have not seen the rehab Washington has.

For now, Sheppard may have done enough damage control to turn Wall’s anger and frustration into motivation entering training camp. That is better than the alternative of being handicapped to move Wall and his contract prior to the season, but the decade long marriage still appears on its last and most fragile legs.