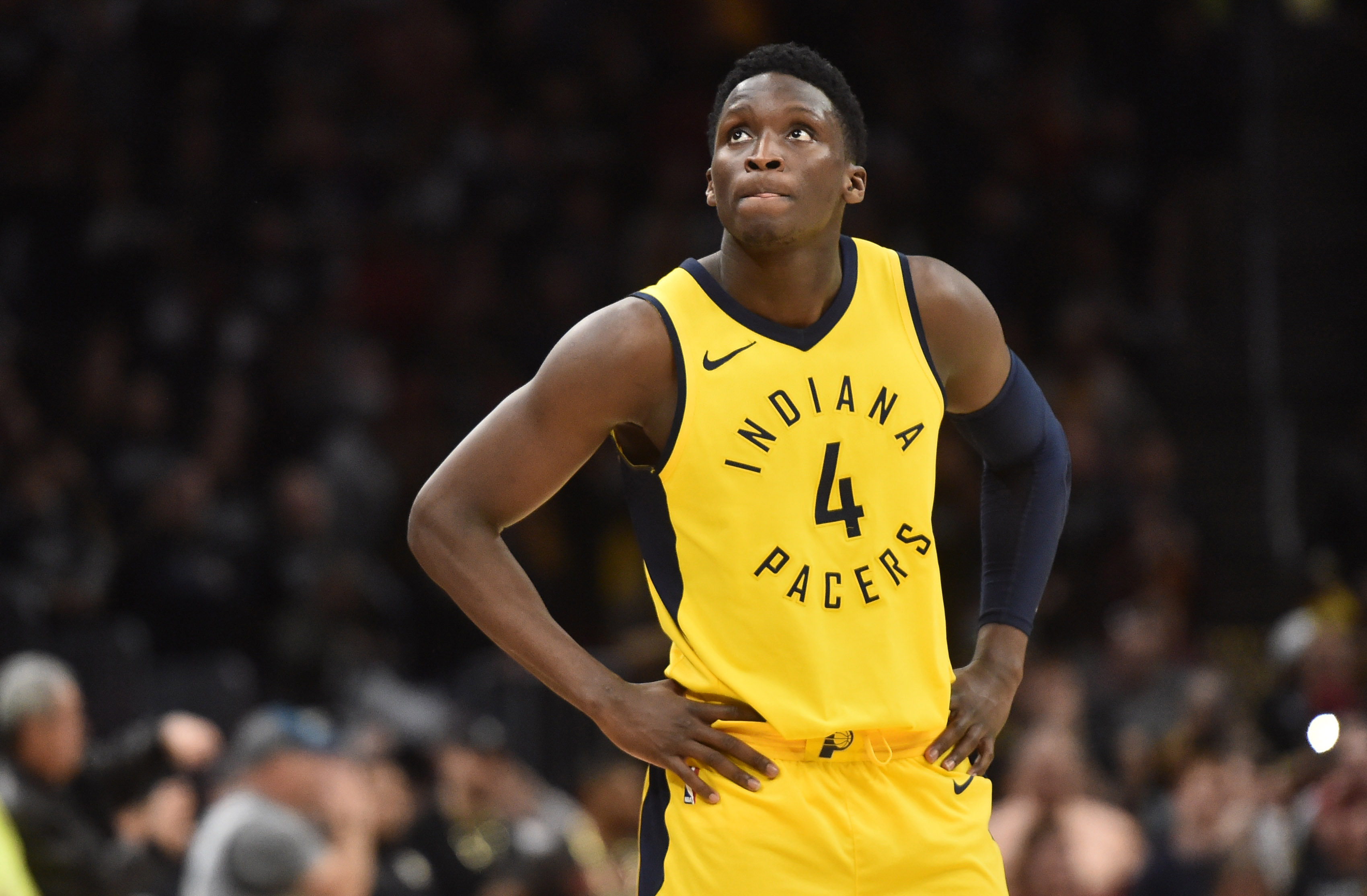 Victor Oladipo could be a possible trade target for the New York Knicks, but the front office is reportedly torn on the idea.

Star hunting didn’t go so well for the New York Knicks so far this offseason. It seemed trading for Chris Paul was realistic for a while, but the Phoenix Suns struck a deal first with the Oklahoma City Thunder.

Then, the Knicks eyed up several free agents such as Fred VanVlett, Gordon Hayward, and even Carmelo Anthony. Those three signed elsewhere.

At this point, all of the big-name free agents have new homes — but the Knicks could still explore a possible trade for prominent players such as Russell Westbrook, James Harden, and Victor Oladipo.

Will they, though? Over the last couple of weeks, it seemed the Knicks were becoming the favorites in a two-team race to trade for Russell Westbrook. At this point, it seems the Knicks are less likely to pay up for the former MVP.

As for James Harden — the Knicks haven’t even explored that possibility. Since the Rockets hold all of the leverage in the situation and want to keep the All-Star in Houston, the Knicks almost certainly cannot afford a Harden trade.

How about a trade for Pacers guard Victor Oladipo? Well, Knicks GM Scott Perry would reportedly like to “explore that avenue,” but the man overseeing the entire front office operation, Leon Rose, isn’t exactly on board.

According to Marc Berman of The New York Post, Leon Rose is “less eager” to explore a trade for Oladipo because the Pacers’ veteran hasn’t quite returned to elite form since his major injury two seasons ago.

Plus, it seems Indiana isn’t shopping the star, and Oladipo himself has committed to the Pacers moving forward. Nothing is impossible this offseason for the Knicks, but as training camp approaches, the chances of New York trading for a star is slowly shrinking.