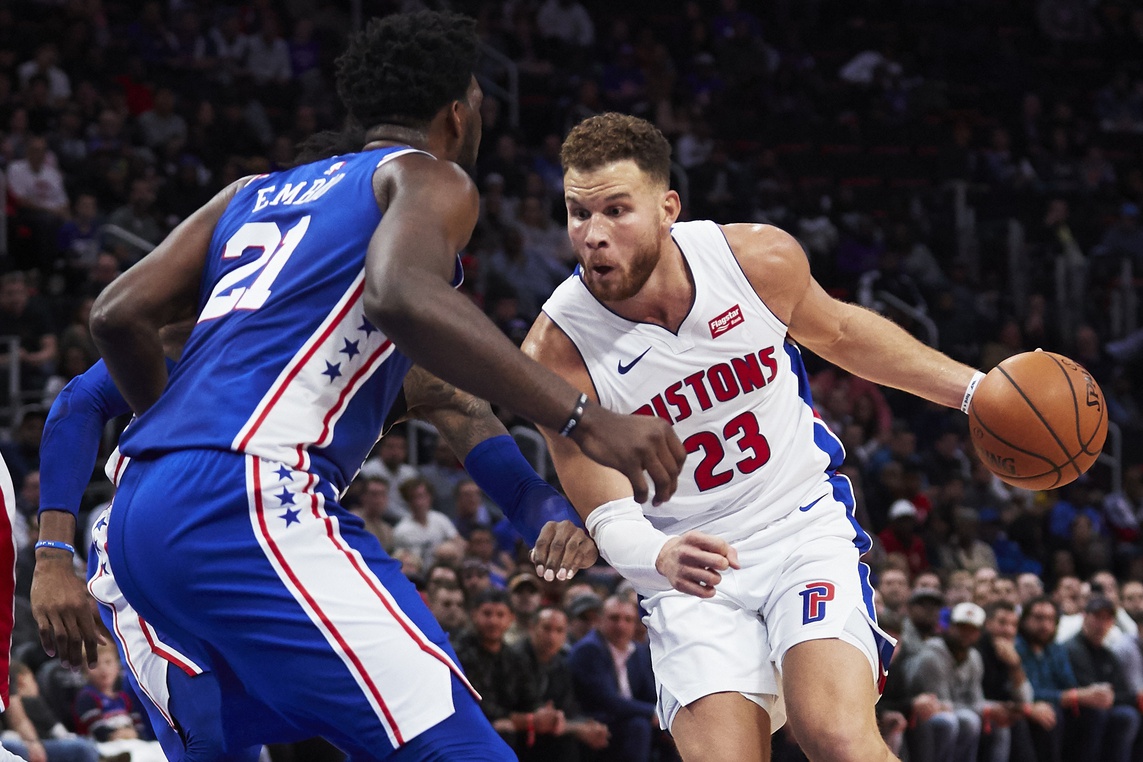 The Detroit Pistons have explored the idea of moving Blake Griffin this offseason.

Blake Griffin’s time with the Detroit Pistons could be coming to a close soon. That is, of course, if Detroit finds a deal on the table worth trading him for.

The 31-year-old big man might not be as dominant as he once was, but he could still be helpful to a contending team as long as he’s healthy.

Last season, Griffin started and appeared in 18 games for the Pistons. In an average of a little under 30 minutes of action, Griffin put up 15 points-per-game while collecting around five rebounds-per-game.

Griffin still has gas left in the tank, but his injury history has been a bit concerning. As the Pistons are looking to form a bit of a youth movement, they are open to trading veteran players such as Griffin and Derrick Rose.

However, Detroit has reportedly attempted to move Griffin to Washington in exchange for Wizards guard John Wall. Although Wall’s situation is similar to Griffin’s as he’s already reached his prime and continues to deal with injuries, the Wizards value the veteran guard greatly.

The chances of John Wall getting re-located become slimmer by the day. Multiple teams have dangled prominent players in front of the Wizards with hopes of swapping for Wall, but Washington’s front office won’t budge.

Considering the Pistons have made a series of strange signings this offseason, it’s in their best interest to unload one of their bigs. Since Griffin’s injuries are a concern — Detroit should continue to seek trades around the league as a fresh start could be beneficial for both parties here.