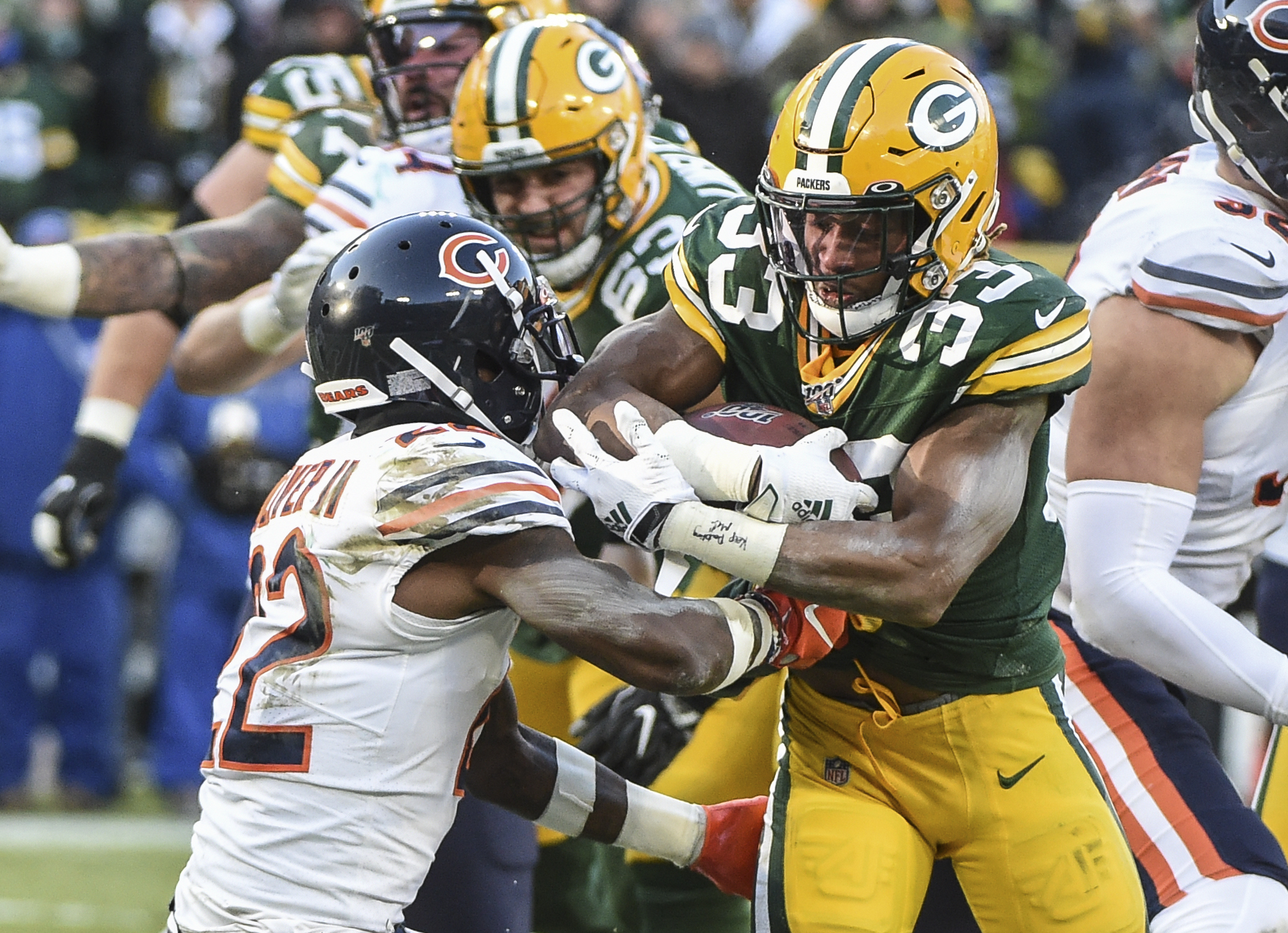 The Green Bay Packers will host the Chicago Bears Sunday night at Lambeau Field in a key NFC North matchup. With a win, the Packers can take a three-game lead in the division with five games remaining. The Packers are 7-3 after last week’s frustrating 34-31 overtime loss in Indianapolis. The Bears are 5-5 but have lost four straight games since getting off to a 5-1 start. Chicago is coming off their bye but was last in action two weeks ago when they lost to the Vikings 19-13.

The Packers lead the all-time series between these two teams 98-94-6 including wins in seven of the last eight contests. The teams have split the only two postseason meetings with the last one coming in the 2010 NFC Championship Game which sent the Packers to Super Bowl XLV.

Here is a look at six key factors that will determine who wins Sunday night’s game:

The Bears pass rush is still potent and is still led by Khalil Mack’s 6.5 sacks. The team has 21 sacks on the season and nine different Bears defenders have at least one so far this season.

The Packers offensive line should have starting center Corey Linsley back in the lineup and they will need him to keep Aaron Rodgers in a steady pocket and give him enough time to find his receivers.

The Bears may be without defensive tackle Akiem Hicks who has missed practices this week due to a hamstring injury.

Packers tackles David Bakhtiari and Billy Turner will have their hands full containing the Chicago pass rush. If they come through, the Green Bay offense should be able to move the ball effectively enough to score more points than the mediocre Bears offense can muster.

The Bears defense has not allowed any team to score more than 26 points in a game this season through 10 games.

The Packers will likely rely on shutdown corner Jaire Alexander to slow down the Bears top offensive weapon, WR Allen Robinson. Robinson has 63 catches for 755 yards and three touchdowns on the season while no other Bears player has more than 35 catches.

Robinson stands 6’2” and weighs 220 which means Alexander is giving away four inches in height and roughly 25 pounds. Still, Alexander is playing at a high level and has been able to severely limit some outstanding receivers thus far this season. Both these players could find themselves voted to the Pro Bowl this year and this matchup will be a fun one to watch throughout the game.

The Packers may also occasionally move Kevin King to Robinson’s side as King stands 6’3” and has the size needed to cover Robinson well.

No matter who does it, the Packers need to limit Robinson’s productivity.

Nick Foles is listed as doubtful with a hip injury and the Bears have already announced that Mitch Trubisky will start on Sunday night. Neither quarterback has been that effective this year and the Bears offense has struggled as a result.

Trubisky’s accuracy and ability to get the ball down the field have never been great. The best thing he can do that Foles cannot is scramble away from pressure. The Packers need to limit Trubisky’s ability to run for key first downs and make sure he must pass to beat the Packers.

The Green Bay defense needs to stop playing such soft coverage and giving opposing receivers a large cushion that allows them to turn short passes into first downs. The Packers are also playing a lot of zone on third and long and that combined with the loose coverage allows for too many third down conversions.

Green Bay’s special teams have struggled in the last four or five games and the Packers need to improve in this area.

The Packers hope to get return specialist Tyler Ervin back in the lineup. Ervin was a limited participant in practice after missing last week’s game with wrist and rib injuries. The return game suffers without him as Darrius Shepherd is not explosive and lost a key fumble against the Colts.

The Packers must also find a way to contain Cordarrelle Patterson who is a dangerous return man for Chicago. He is averaging 30.3-yards per kick return on 26 runbacks and has already taken one back for a touchdown this season. The Packers cannot let the Bears offense have a short field or easy points and Patterson’s explosiveness can do just that.

Packers punter J.K. Scott also needs to snap out of his slump which has hurt the team over the last three or four games. Scott had a similar slump last November before finishing the season strong.

Chicago has not run the ball well this season and are ranked dead last in the league with just 78.2-yards per game as a team. The Packers run defense remains a problem area and must not allow the Bears offense to have a diversified attack.

David Montgomery is the Bears leading running back although he’s averaging just 3.6-yards per attempt and missed one game due to a concussion. He has only topped 80 yards rushing in a game twice this season due in part to the Bears shaky offensive line.

The Packers need to prevent Chicago from running the football effectively and thereby make Trubisky pass on third and long situations.

6. Stop Turning the Ball Over

Green Bay turned the ball over four times against Indianapolis and it cost them the football game. The Packers have seven turnovers in their three losses and just two in their seven victories with both coming against Jacksonville.

The Bears has only intercepted six passes all season and recovered five fumbles. If the Packers can limit turnovers to one or fewer, they should be able to beat the Bears who are a less talented team overall.

Last week’s three fumbles and one interception were the biggest reason the Packers lost and players like Darrius Shepherd, Aaron Rodgers and Marquez Valdes-Scantling have to get their fumbles out of their minds and get back to doing what they do best.

The Packers should be able to force Trubisky into an interception or two if they can pressure him. Bears quarterbacks have thrown 11 interceptions thus far this season.

The Packers have a chance to all but put away the NFC North this week with a win over the Bears. That would give Green Bay a three-game lead with five games remaining and the Pack would have a 3-1 divisional record.

Rivalry games such as this are never easy but the Bears offense isn’t very good and the Packers offense should be able to score enough points to put this game out of reach.