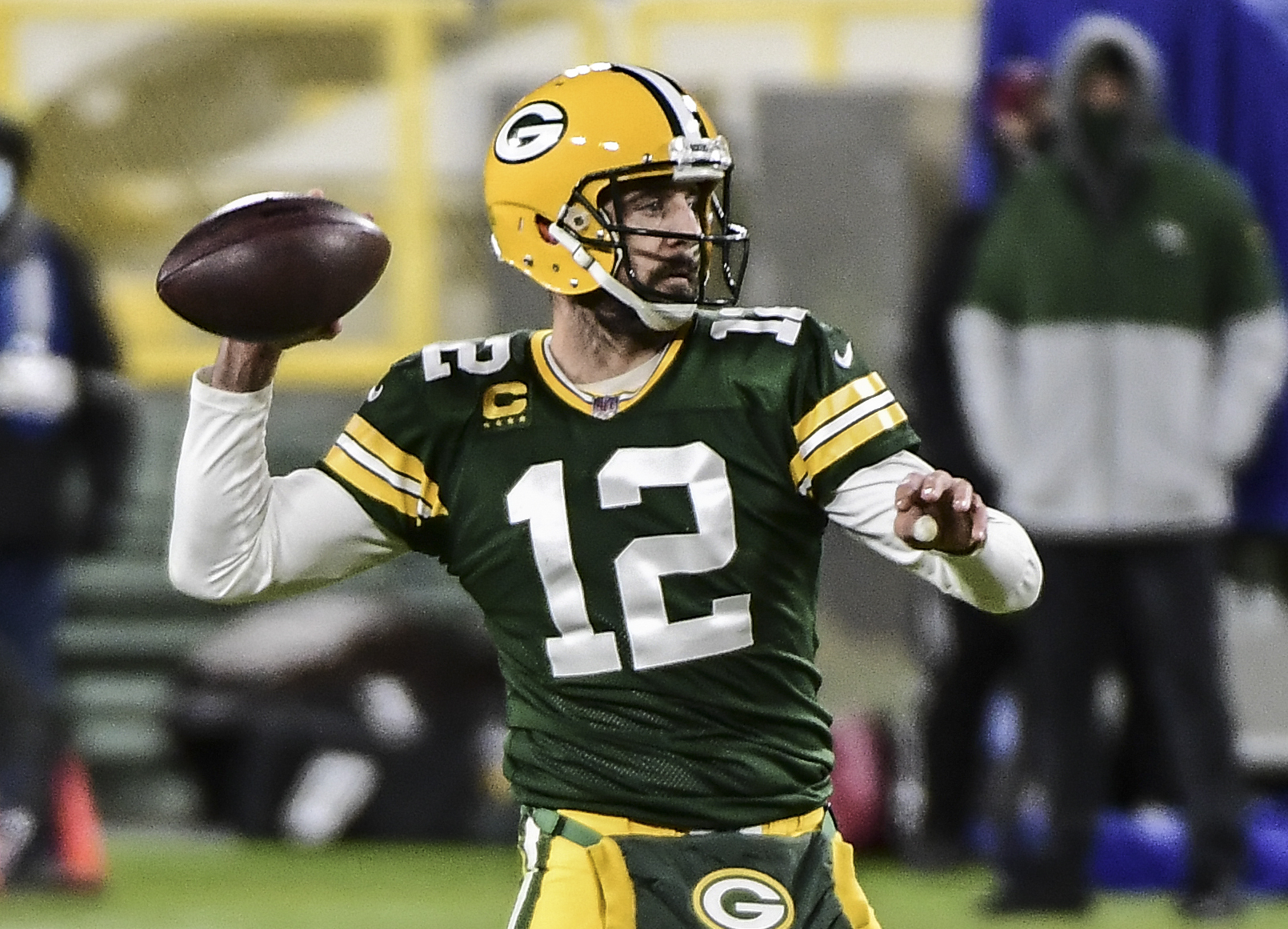 Green Bay Packers quarterback Aaron Rodgers has surprised many observers by playing at an MVP-level in 2020. The future Hall of Fame quarterback has already won two league MVPs, one in 2011 and the other in 2014. This year, he is playing at a level at least equal to those two seasons even though he will turn 37 tomorrow. Before this season started, most experts believed his career was on a definite decline. A-Rod has put an end to that talk with this outstanding play in 2020.

Rodgers’ coach certainly supports his candidacy for MVP. “I will say that this is as good as I’ve ever seen anybody play, just his ability to go out there and get us in the right looks and shoot, even, you know, when I make a bad call he definitely makes us look good,” head coach Matt LaFleur said after Rodgers threw four touchdown passes to lead the Packers past the Bears on Sunday night. “So, that’s a credit to him. He is playing in my eyes, he’s an MVP player. No doubt about it. And I wouldn’t want any other quarterback on our football team.”

Here is a look at four reasons why Rodgers deserves to be NFL MVP in 2020:

1. The Numbers Are Outstanding

Rodgers is on a torrid pace and his statistics back up his MVP candidacy. Right now, A-Rod is the NFL’s highest-ranked passer with a 117.6 passer rating. He also leads the NFL with 33 touchdown passes, three more than both Patrick Mahomes and Russell Wilson.

Rodgers is also fifth in the league with 3,100 yards passing and has thrown just four interceptions.

At this point, Rodgers is on pace for an outstanding season. Here is how his 2020 pace compares to his previous MVP campaigns in 2011 and 2014:

His numbers are clearly comparable to his previous two MVP seasons. Six years after his last MVP award, he’s playing at an even higher level than he did in 2014. Only his 2011 season was slightly better statistically.

2. Rodgers Has Been Consistently Excellent

Rodgers has been very consistent throughout the 2020 season. Through 11 games, he has had only one game that has lower than a 107.6 quarterback rating and that was his poor performance against Tampa Bay in Week 6.

In every other game, he has thrown at least two touchdown passes. He has thrown for four touchdowns in five different games this season and has five games with more than 300-yards passing.

The Packers offense has also been consistently excellent this season. They presently rank fifth in the league in yards per game and second in the league with 31.7 points scored per game.

Week in and week out, you know you are going to get excellent play from the Packers quarterback and that’s a huge reason for the Packers 8-3 start.

3. Rodgers Has Succeeded Despite Injuries All Around the Offense

The Packers prolific offensive numbers are even more impressive when you consider the injuries the Packers offense has had to overcome to produce them.

Rodgers was without his top wide receiver, Davante Adams, for two full games and part of another. His number two wideout, Allen Lazard, was injured after the Packers Week 3 win in New Orleans and missed six games.

Running back Aaron Jones, who finished last season second on the team in receptions, was out for two games due to injury and slowed in a few more. Jamaal Williams, another strong receiving running back, missed one game on the Covid-19 reserve list.

The Packers offensive line has been banged up as well. Pro Bowl left tackle, David Bakhtiari has been out for three-and-half games while right guard Lane Taylor was injured in the season opener and lost for the season. Center Corey Linsley, guard/tackle Billy Turner and tackle Rick Wagner have also missed time due to injury and yet the offense continues to thrive without missing a beat.

The big constant has been Rodgers who has shown leadership, command of the playbook, the ability to successfully change plays at the line of scrimmage and a passion for the game.

4. Rodgers Has Succeeded Despite the Packers Failure to Add Receivers

The talk around Green Bay this offseason focused on the Packers failure to draft a wide receiver, long considered an area of need. The Packers didn’t just pass on a wide receiver in the first round, they didn’t select one in the entire 2020 draft.

Instead, the Packers traded up and drafted quarterback Jordan Love, who they project as Rodgers’ eventual successor. Instead of sulking or demanding a trade, Rodgers dedicated to himself to proving his doubters wrong.

Rodgers watched film of some of his previous outstanding seasons and saw something he was doing differently in recent years. He made adjustments and the results are showing on the field.

There are still five games remaining to be played, but thus far, Rodgers must be considered one of the top contenders to be NFL MVP. If he continues to play this way the rest of the season, he should win his third MVP award, which would tie him with Brett Favre in that department.