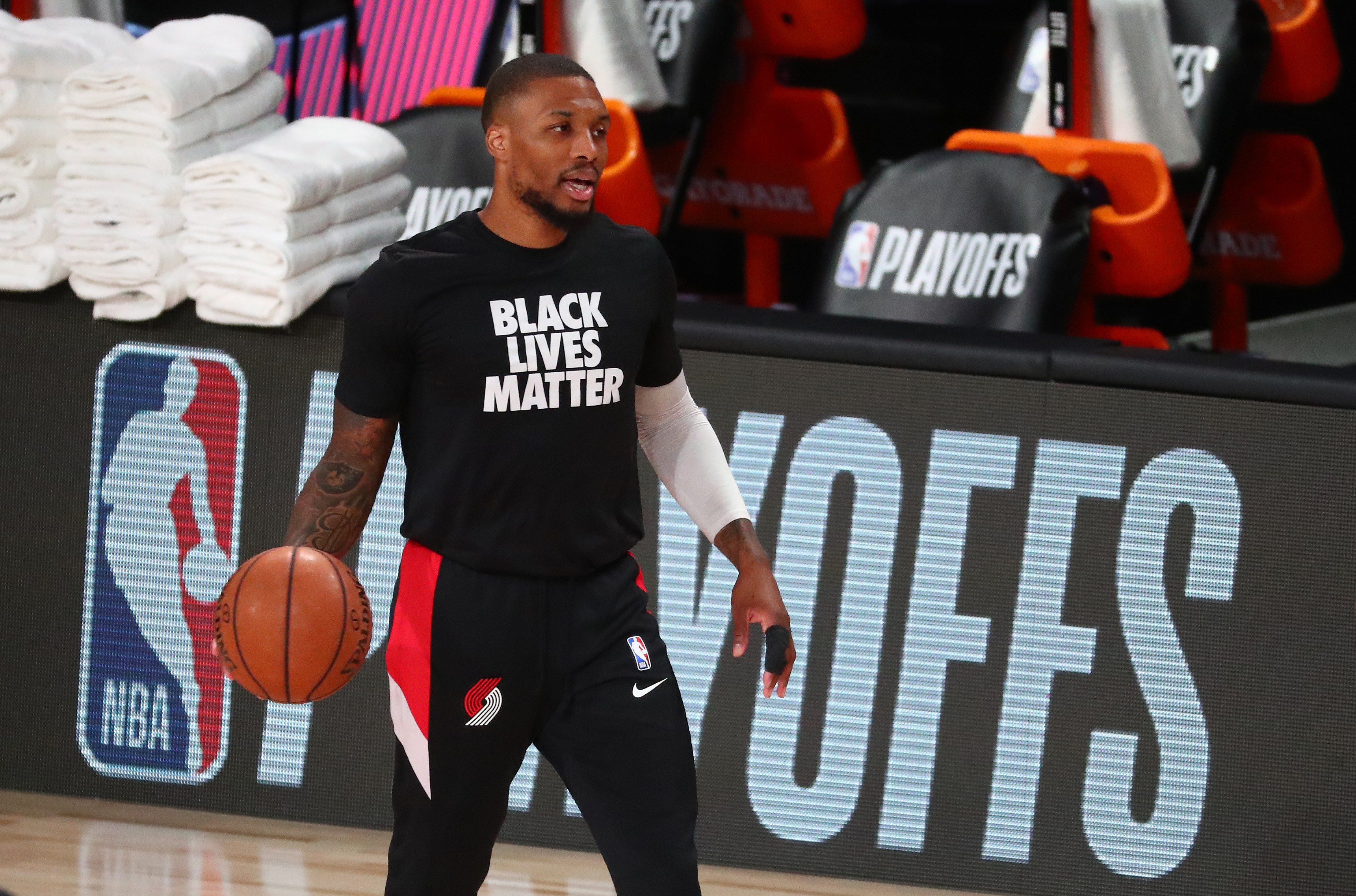 The scoring in the Orlando bubble was much higher than anticipated, as a number of guys — guards, especially — shot the ball considerably better than they ever had in their career up to that point. Orlando was raining three-pointers from the minute the games began, up until they concluded, and there was a lot of speculation as to exactly why that happened.

Surely, the lack of fans had an impact on the hot shooting, as players didn’t have to deal with that major distraction. There was also talk about the size of the gym having an impact, as the gyms games were played were much smaller than normal arenas.

Damian Lillard sure seemed to thrive in the Orlando bubble, as he shot the lights out of the gym, and was the main reason the Blazers were able to play their way into the postseason. He had a three-game stretch during which he scored 51, 61 and 42 points, which was truly unbelievable.

He recently spoke with Fat Joe about it, telling the rapper why games in the bubble were “way easier.”

“The bubble was way easier,” he said. “There were no distractions. We didn’t have to travel after games. We’d just get our recovery in after the games. Everything was laid out [for us]. There wasn’t a plane after…bus to the hotel, get situated in the room. Our bodies were recovering faster, we were well-rested.”

Dame says NBA games were "way easier" in the bubble.

That does make a lot of sense, as it wasn’t only about the play on the court itself, but also postgame recovery.