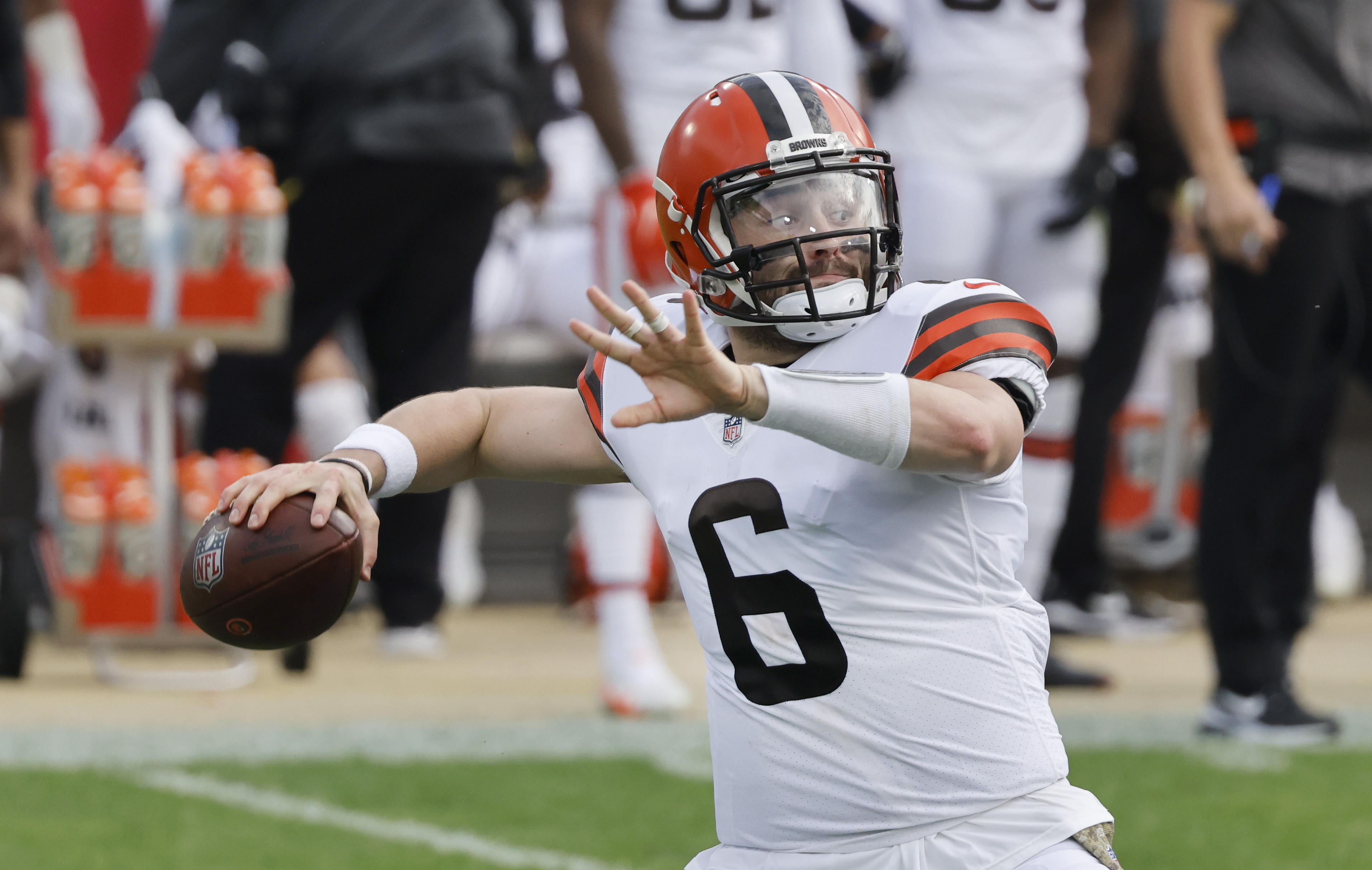 The (8-3) Cleveland Browns have been very good this season, but as it relates to their quarterback, well, not so much.

Baker Mayfield has ranked in the bottom-third in the NFL in many categories, especially when factors such as offensive line, running backs and receiving corps are factored in. The Browns field a top-five offensive line when Wyatt Teller is healthy, and Nick Chubb and Kareem Hunt comprise arguably the best running back duo in the NFL.

As such, Mayfield should be playing like a top-ten quarterback, given how efficient the offense is, and the clean pocket he often has the benefit of throwing from. But he’s missed a ton of throws, even some “gimme” ones over the middle, such as what should’ve been a surefire touchdown over the middle against the Jaguars.

Mayfield, however, has struggled with accuracy all season. Not only that, he’s looked indecisive — failing to make the correct decision when his first read is taken away. And if you ask Colin Cowherd of Fox Sports, Mayfield is in danger of losing his job if he turns in another poor performance against the Titans.

“Everybody now loves Tennessee, but they’re a very flawed football team,” Cowherd said on “The Herd.” “The flaws work perfectly for Baker. He’ll have time to throw and a running game that works. [Cleveland’s coaching staff] will make a decision privately on that flight back or somewhere during the week, if Baker gets rolled like he did against Pittsburgh or Baltimore or manhandled defensively like against the Raiders…they’re moving off of him.”

"The Browns will make a decision privately on the flight back. If Baker gets rolled like he did against Pittsburgh or Baltimore, they're moving off of him." @ColinCowherd on the importance of Sunday's game vs. Tennessee: pic.twitter.com/zBX13W1DbI

Cowherd is correct in assessing the Titans defense, as they are terrible, especially in looking at DVOA. But it’s still hard to see the Browns making a change at quarterback when they’re 8-3, this close to the playoffs.