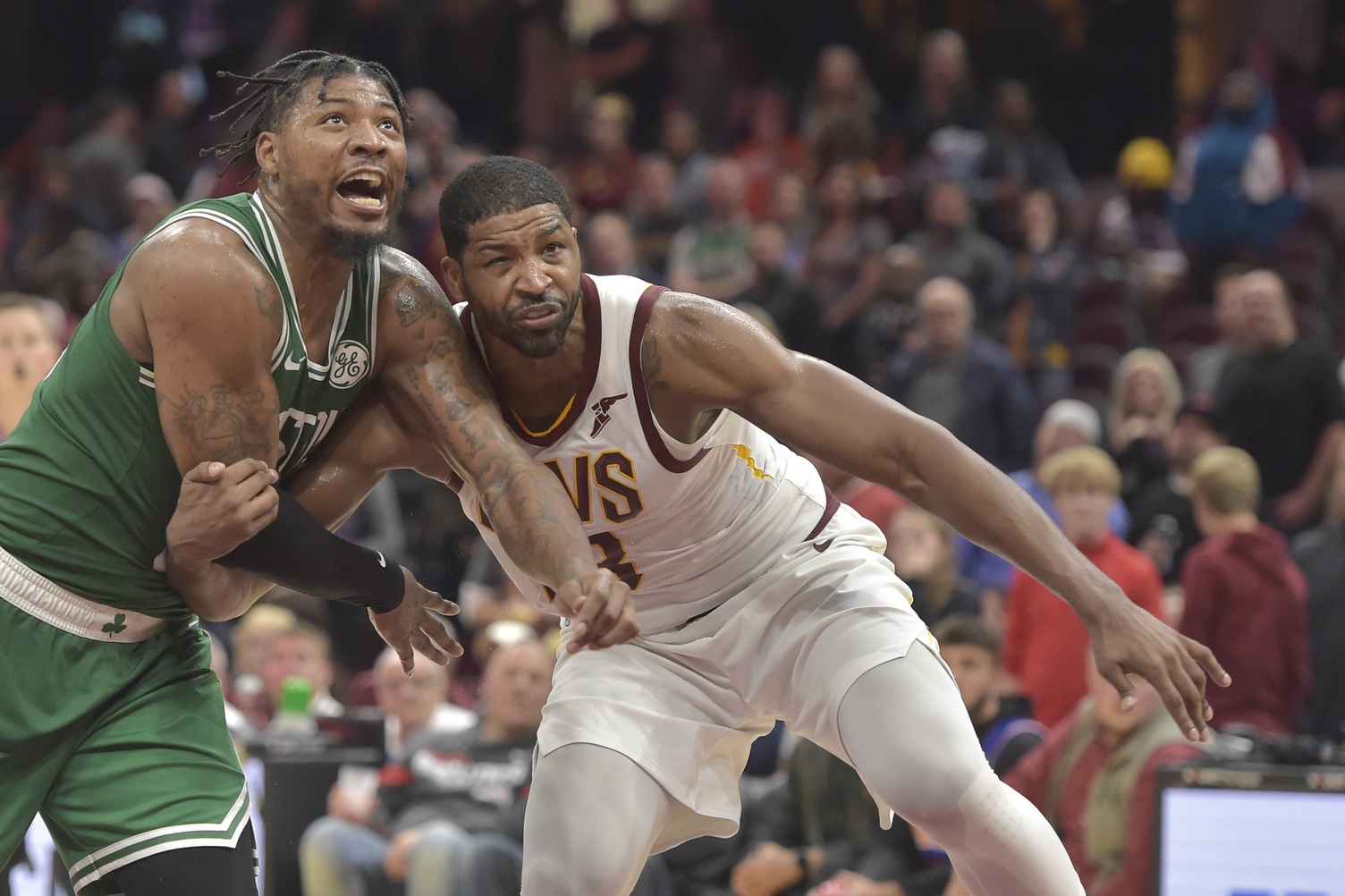 “Smart is a bulldog and he’s done a great job since he’s come here Day 1 not backing down from anyone,” Thompson said. “I think he’s done that awesome at the guard position. For me, at the big position, bringing that same energy. You guys (media) have seen me enough to know how I play, and I’m going to play the exact same way when I was in a Cleveland Cavaliers jersey playing (the Celtics) in the playoffs or in the regular season.

Tristan Thompson sounds like he’s going to be a great fit for the Celtics. Over the past decade, apart from Al Horford–who didn’t like playing the center position in the first place–the C’s have had mostly serviceable centers, guys who played up to scratch, but the position has been a revolving door.

Thompson is the first true center the C’s have had in quite some time who has the potential to be an asset on the court and not just a neutral player–a player with abilities and deficits that more or less cancel each other out (think Enes Kanter).

I’m excited to see what Thompson brings to the team. Granted, they still need to develop or add some bench scoring before the playoffs start, but adding Thompson is a definite improvement in the front court.

….However, we need to talk to him about this:

Lol @RedsArmy_John prefaces a question to Thompson with “You’ve obviously played with one the greatest players ever.”

“THE greatest player ever,” Thompson interjects.

Nobody’s done what Russ did—not in the NHL, which only had six teams from 1926 to 1967 (and one of them, the Blackhawks, effectively being a farm team for the Red Wings from 1944 to 1966). Not in the NFL which had, at most, twelve teams before the AFL merger in 1966. Not in Major League Baseball. Nowhere in professional sports has anybody done what Russ’s Celtics did.

In any case, while much of the Celtics fanbase was arguing over Myles Turner, the Celtics themselves were focused on Thompson:

“I’ve had a good relationship with Jaylen — I’ve known Jaylen since he first got drafted. And JT, we’ve talked, and he’s reached out to me after the deadline, and all that stuff, about coming to join. So when free agency started … Mr. Ainge called me around when I was able to get those phone calls and he told me how much he loves my game and how much I could be a great piece to this team and a missing piece to what they’re trying to accomplish. And the fact that Kemba reached out to me, and I’ve known Kemba since we both played in high school when he was at Rice and I was at St. Benedict’s.”

Justin Leger also points this out:

Remember that the Celtics’ core of Walker, Tatum, Brown, and Marcus Smart played in the FIBA tournament with Myles Turner. If those guys really wanted him as Boston’s big man, they could have stressed that to Ainge.

Page 2: Where Tom Westerholm is on the move

With all that said, I’m joining https://t.co/IMWkhYlM6i as a sports writer starting next week! I’m thrilled to be a part of the team and excited to get started with a new challenge.

Tom Westerholm is not one of the big names on the Boston sports scene.

But if you need a story to be told, he’s one of the best on that scene.

And, honestly, the two go hand-in-hand. If you put the story first, it’s the story that readers will remember, not the byline.

In 2003, I read John McPhee’s article on truckers in the New Yorker. I paid no attention to who wrote it, because I was taken by how well the writer told the story. I was caught up in the tale, not the teller.

Now, I’m not going to say that Westerholm is as good a writer as McPhee. But I am here to tell you that their skills run in the same vein.

If you read Westerholm’s piece on Robert Williams growing up in Louisiana, you probably still remember parts of it, even though it was published in August, 2018.

There is no shortage of people willing to say or do outrageous things in order to attract an audience. The next time you get mad at Colin Cowherd or Nick Wright, know that this is exactly the response they’re aiming for. They’re like standup comedians, but in reverse: They don’t want to make you laugh, they want to make you so angry you’ll keep listening.

But storytellers? There’s not many of them out there, and Tom is one of the best in Boston.

In the past I’ve barely glanced at Boston.com for Celtics content. What’s there is seldom fresh and often syndicated content. Now I’m looking forward to seeing quality material there on a regular basis.

So from one Midwesterner to another: Congrats!

MassLive: Tristan Thompson thinks his unique experiences can take Boston Celtics, Jayson Tatum ‘to a whole different level’ | Boston Celtics Marcus Smart comfortable with NBA COVID-19 plan: ‘the approach that the league is taking is a good one’

Boston Herald: Tristan Thompson has some LeBron lessons to share with young Celts  | Marcus Smart on the new COVID challenge — even more diligence

The Athletic: Tristan Thompson can show the Celtics the path to the NBA Finals