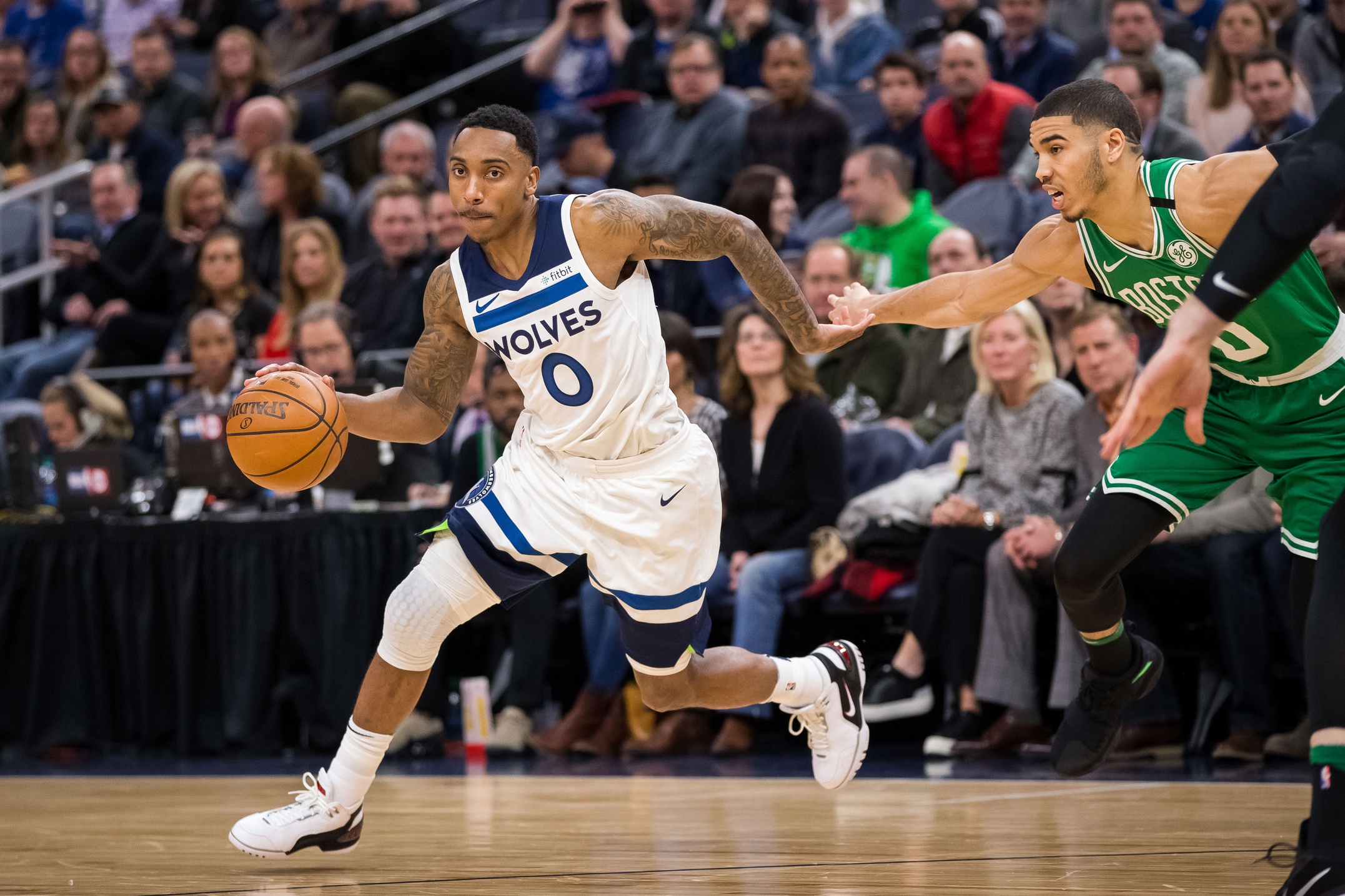 Veteran point guard Jeff Teague reached the playoffs in each of his first nine NBA seasons. When regular seasons ended and other teams started their summers, Teague always played on. It was all he knew.

But over the last two years, with the Timberwolves and Hawks, he saw the other side. He saw apathetic crowds and plenty of losses and seasons that ended as so many others were getting ready for the fun stuff.

“Not having a chance to compete in the last couple of years was pretty painful,” Teague said Friday. “But coming [to Boston] was all about winning.

“They established themselves as a great team, they have the core guys who all are All-Star players, and are trying to win a championship, so I wanted to be a part of that.

“I’ve never really had a team, besides my years in Atlanta, that I actually felt I could get to the championship besides this one.”

Teague’s signing had me doing cartwheels before I learned about the severity of Kemba Walker’s knee injury. Now? I’m doing backflips.

Look, I know Teague is past his prime. I know his limitations. But he’s still a significant improvement over Brad Wanamaker. I valued Wanamaker for what he brought to this team: steady play and defense. But with a dearth of bench production, the Celtics needed someone who can provide a punch. And Teague can be that guy. He’s also a veteran with a lot of valuable playoff experience.

On Page 2, is this Tatum or Brown’s team?

“I think the Celtics are Boston’s team, and we’re all trying to play whatever role that we can to do our part to represent Boston well,” Stevens said. “Some guys will obviously get much of the attention, but at the end of the day it’s one thing that I really like about both of those guys, is that I don’t think they’re as concerned about whose team it is or any of that stuff. It’s more about we’re all one team and we represent the Celtics and our responsibility is to that.”

This is clearly Jayson Tatum’s team but everyone knows it takes at least two to tango deep into the NBA playoffs and ultimately win the championship.

Boston is lucky to have two young, highly talented players who complement one another and have their heads on straight.

Life can change quickly in the NBA, but I’m feeling pretty good about this team over the next 4-5 years.

Kyrie Irving issued a statement that says, in part: “My goal this season is to let my work on and off the court speak for itself.”

He said he is issuing this statement instead of speaking with reporters. pic.twitter.com/ninUzAnhzC

NBA Twitter is divided over Kyrie’s decision. Some support this decision because they believe he’s overly scrutinized by the media. Others feel like dealing with the media is part of the job.

Regardless, his decision is and will be a distraction to the Nets for the duration of the season.