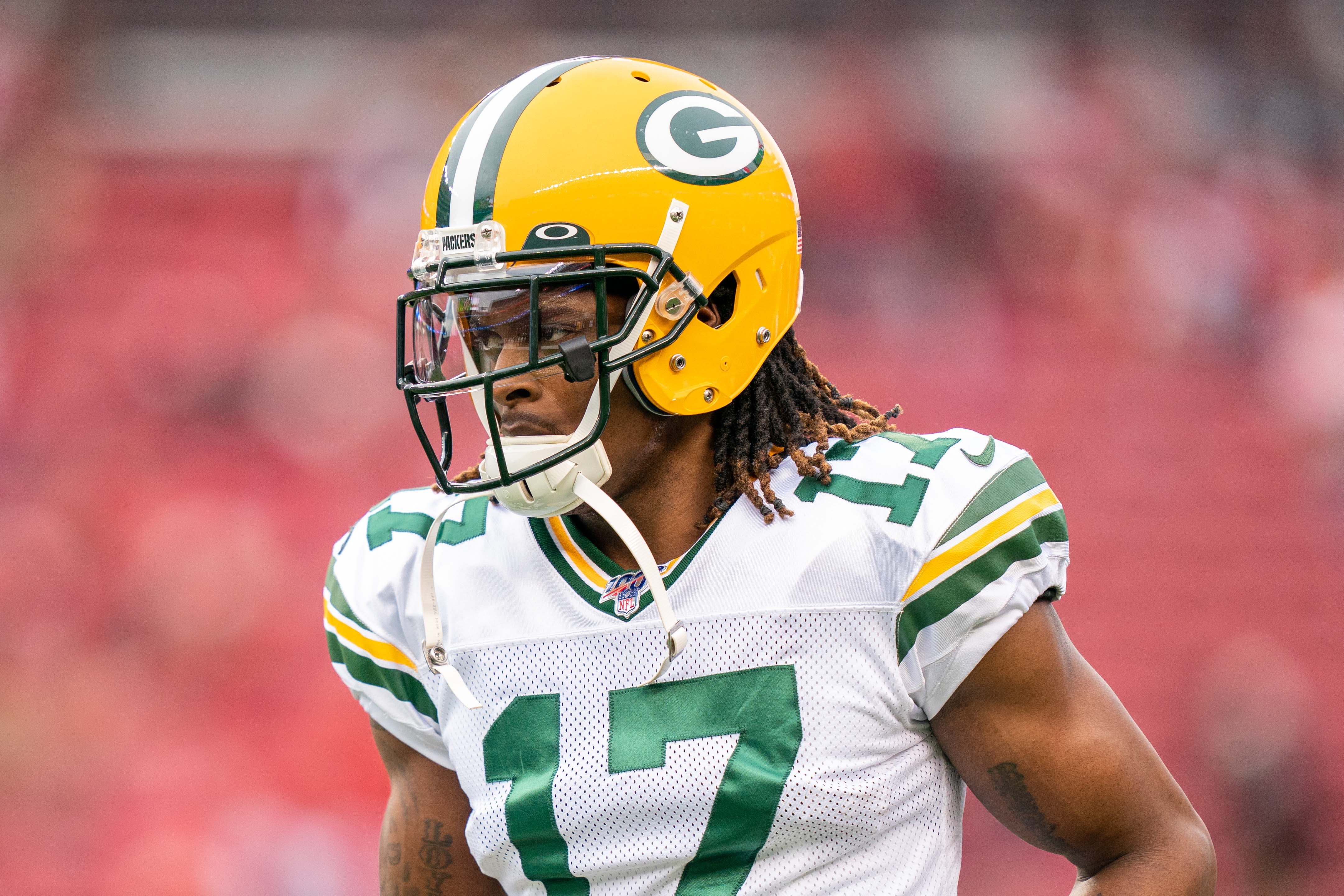 Green Bay Packers wide receiver Davante Adams is having a career season. The Fresno State alum was named to the Pro Bowl for three straight seasons from 2017-2019, but this year, he’s taken his game to another level. Adams is quite simply one of the best wide receivers in the NFL right now.

The numbers don’t lie. Even though he missed two games due to injury, Adams has already surpassed his season total of a year ago with 84 catches. Against the Eagles, he topped the 1,000 yard mark for the season for the second time in his career and his two touchdown catches gives him an NFL-leading 13 for the season which matches his career best set back in 2018. There are still four games left in the regular season.

How good has Adams been this season? Four times in 10 games, he has caught 10 or more passes. He has gone over 100 yards receiving in five of those 10 contests and has caught at least one touchdown in eight games including seven in a row. The seven straight games with a receiving touchdown ties a franchise record set by former Packers great Don Hutson in 1941 and 1942.

Adams has also become only the fifth receiver in the Super Bowl Era to gain more than 1,000 yards receiving and 12 touchdowns in 10 games. The others are Hall of Famers Jerry Rice, Terrell Owens, Randy Moss and Marvin Harrison.

Packers head coach Matt LaFleur has been impressed by Adams’ work ethic. “You can see the talent on tape when you’re watching him from afar, but until you get around somebody and see how they go about their business on a daily basis, you really don’t know,” LaFleur told reporters. “That’s just a credit to him, the way he works at it. Shoot, I’ve probably learned more from him than he has from me, in terms of just how he’s able to set up different routes.”

“He’s got a great perspective and really has mastered that craft, takes a lot of pride in route-running,” LaFleur added. “And you see it in practice every day — finishing, doing all the little things. I think when you get a smart guy with that athletic ability, that’s when they become great. And that’s what he is.”

Quarterback Aaron Rodgers had a lot to say about his favorite wide receiver. “He’s such a gifted player and a smart, talented guy. He makes my job a lot easier.”

One big catch that Adams had against the Eagles was a 42-yard grab from the Packers one-yard line that got the Pack out of the shadow of their own end zone. LaFleur and Rodgers were both in awe of what Adams did to make that catch while closely covered by two Eagles defenders.

“There’s no coverage for the perfect ball and for the perfect reception,” LaFleur said. “And that’s exactly what happened because that play happened right in front of me. And it might be one of the most spectacular catches I’ve ever seen.”

Rodgers couldn’t see the play as it happened, but he was also impressed by the way Adams went and got the ball. “I just shook my head and came back and I said, ‘How the hell did you catch that ball, man?’” Rodgers told the media after the game. “It was pretty special. That’s what he does. He’s such a gifted player. Such a smart, talented guy. Makes my job a lot easier.”

Many wide receivers are considered divas on the field and they always want to be the center of attention and they want to get the ball all the time. Adams, however, is the opposite of a diva. He was quick to credit his teammates and coaches for their contributions to his success this season.

“It truly is because of the people around me,” Adams told reporters after the Eagles game. “I have a gift and I work hard and all that stuff but I can’t say it enough that football is the ultimate team sport so I give it up to my teammates and my quarterback for giving me the opportunities and for my coaches for putting me in the right spots to make these plays. Without them I couldn’t do any of this.”

With four games to go plus the playoffs, the sky is the limit for Davante Adams. As well as he is playing, he will continue to work hard to find ways to improve his game even more.  “Just continuing to work, continuing to get better, not being complacent,” Adams said. “There’s a lot of good things over the past few years that we’ve done. Aaron and my connection continues to grow and he keeps finding me out there. I always think, ‘what can I do a little bit better,’ because once you do a certain thing, you can’t come back at the same level if you’ve got more in the tank. I feel like I’m just starting to hit my prime so I might as well maximize this thing and continue to work.”

Adams has already played in three NFC Championship Games in his career but has never reached the Super Bowl. That may be the biggest challenge he faces this season.