Five Reasons the Packers Offense Is Doing So Well This Season 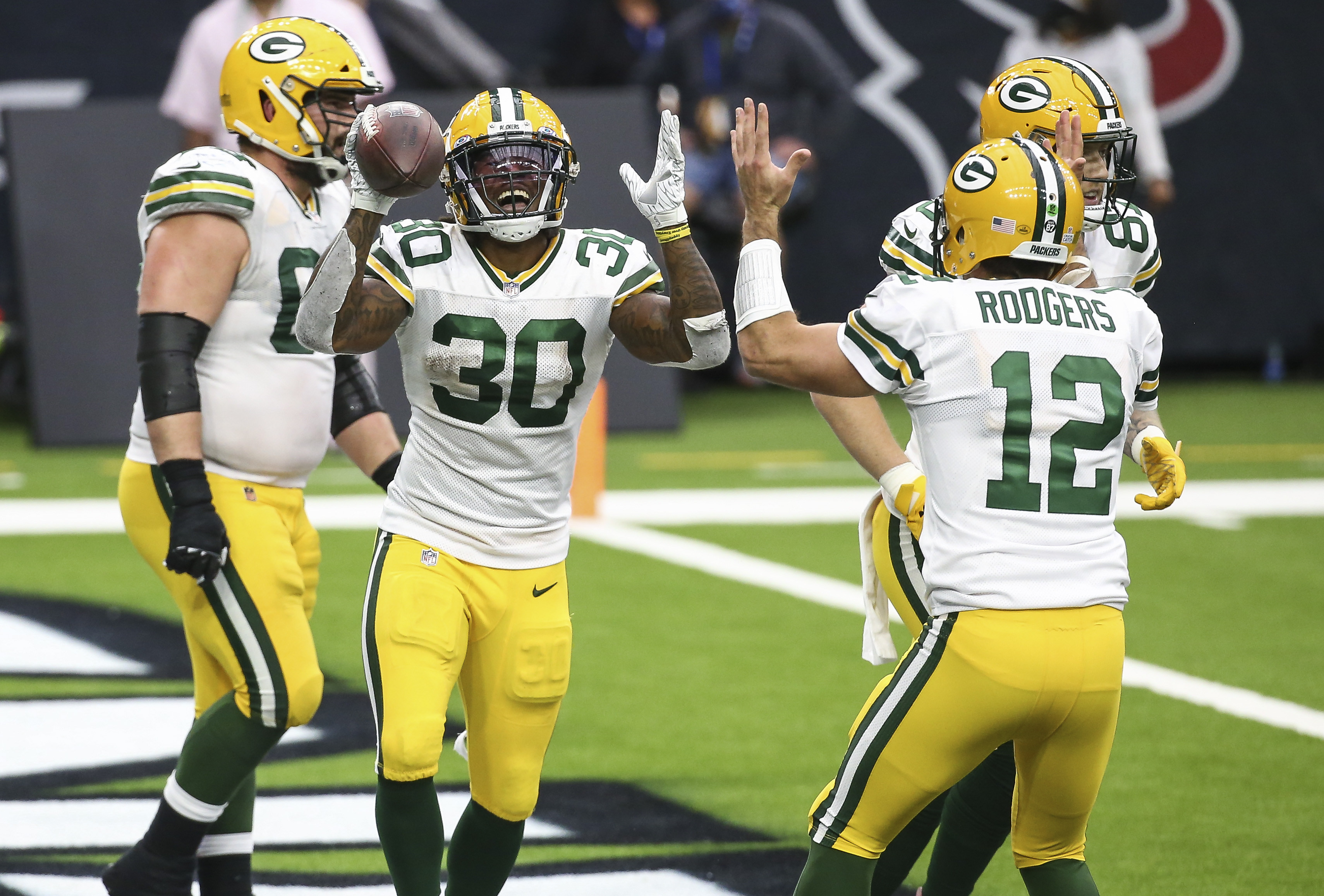 Five Reasons the Packers Offense Is Doing So Well This Season

As the 2020 season got under way, most experts and fans were critical of the Packers for not adding more offensive weapons around Aaron Rodgers in the draft and free agency. And yet, after 12 games the Packers are leading the NFL with 379 points, an average of nearly 31.6 points per game.

How did the Packers accomplish this despite not adding a wide receiver in the draft or in free agency (except for Devin Funchess who opted out of the season because of the Covid-19 pandemic)? The only two skill players the Packers drafted have barely played with second round running back A.J Dillon having just 23 carries in seven games.  He has also spent significant time on the Covid-19 reserve list. Third round pick, TE Josiah Deguara was lost for the season due to a knee injury in Week 2 and made one catch for 12 yards.

So how did they do it? Here are five reasons the Packers offense has been outstanding this season despite the lack of additions at the skill position:

During training camp, Rodgers mentioned that he had gone back and watched film of himself from the Packers Super Bowl season of 2010 and noticed things he was doing differently. He learned from those game films and adjusted his game accordingly.

Rodgers also instituted a different workout program for his legs to compensate as he ages and his natural athletic ability continues to diminish.

Rodgers is also more comfortable running Matt LaFleur’s offense in his second season in the system. He seems to be in complete control of the offense and changing play at the line of scrimmage.

In 28 games as Packers head coach, Matt LaFleur has a record of 22-6 or a .786 winning percentage. In his second year at the helm, he has continued to develop as a head coach and play caller.

The Packers have done very well with scripted plays. They even scored on their opening drive in their first eight games of the season.

LaFleur has done a good job of integrating more of his system into the Packers offense and has worked well with Rodgers to keep some things that he does well from the Packers previous offensive system in the playbook.

The Packers have also been aggressive on fourth downs this season, going for it 19 times in 12 games and converting on 12 of those 19 opportunities.

LaFleur has schemed players open and maximized the talent he has available. This means he’s getting the most out of his team which is the mark of a good head coach.

The Packers have been hit by numerous injuries along the offensive line, and yet through 12 games that unit has been one of the best in the NFL.

The injuries along the line have been numerous. Starting right guard Lane Taylor was lost for the season in Week 1. Right tackle Billy Turner missed the season opener and was slowed early in the season by injuries as was free agent addition Rick Wagner. Center Corey Linsley is now on the injured reserve list and will miss at least two more games. Linsley was playing at a Pro Bowl level before his injury.

But the Packers have adjusted and the backups have stepped up when called upon. Elgton Jenkins has played guard, tackle and center this year. Lucas Patrick has played both guard spots and center. Rick Wagner has filled in at left and right tackle as has Turner who has also played guard. Rookie 6th-round draft choice Jon Runyan, Jr. has filled in admirably at guard when other players went down with injuries.

The holes have been there for the running backs and the pass blocking has been strong as well with Rodgers being sacked only 13 times in 12 games.

At the end of the day, the talent, hard-work and versatility of the offensive line have been a big reason that the offense continues to put up points on a consistent basis.

The Packers have several Pro Bowl caliber players on offense and those players have all come through and played at an extremely high level.

Rodgers is having an MVP-caliber season. Davante Adams is now one of the best if not the best wide receiver in the NFL. Aaron Jones has played very well when healthy as well while Bakhtiari has continued to shine at left tackle.

The Packers star players have stepped up and played like it and that is always a big key to any offense’s success.

The Packers running backs have done a good job this season both running the football and catching passes out of the backfield.

Aaron Jones has led the way with 754 yards on the ground in 10 games to go along with seven rushing touchdowns. He is averaging 5.2-yards per attempt. Jones has also caught 36 passes for 279 more yards and two more scores. He is a dangerous player and is a threat to score any time he gets his hands on the football.

Backup Jamaal Williams provides an ideal change of pace to Jones. Williams is a stronger inside runner and a better blocker than Jones. He also is a reliable receiver and a positive influence in the locker room. Williams has 435 yards and is averaging 4.2-yards per rush. He has caught 29 passes in 33 targets for 222 more yards.

The Packers ability to integrate the running game and the passing game and have them feed off each other has been a big reason for the offense’s success. This team can beat you on the ground or through the air and does a good job of mixing things up to keep defenses guessing.