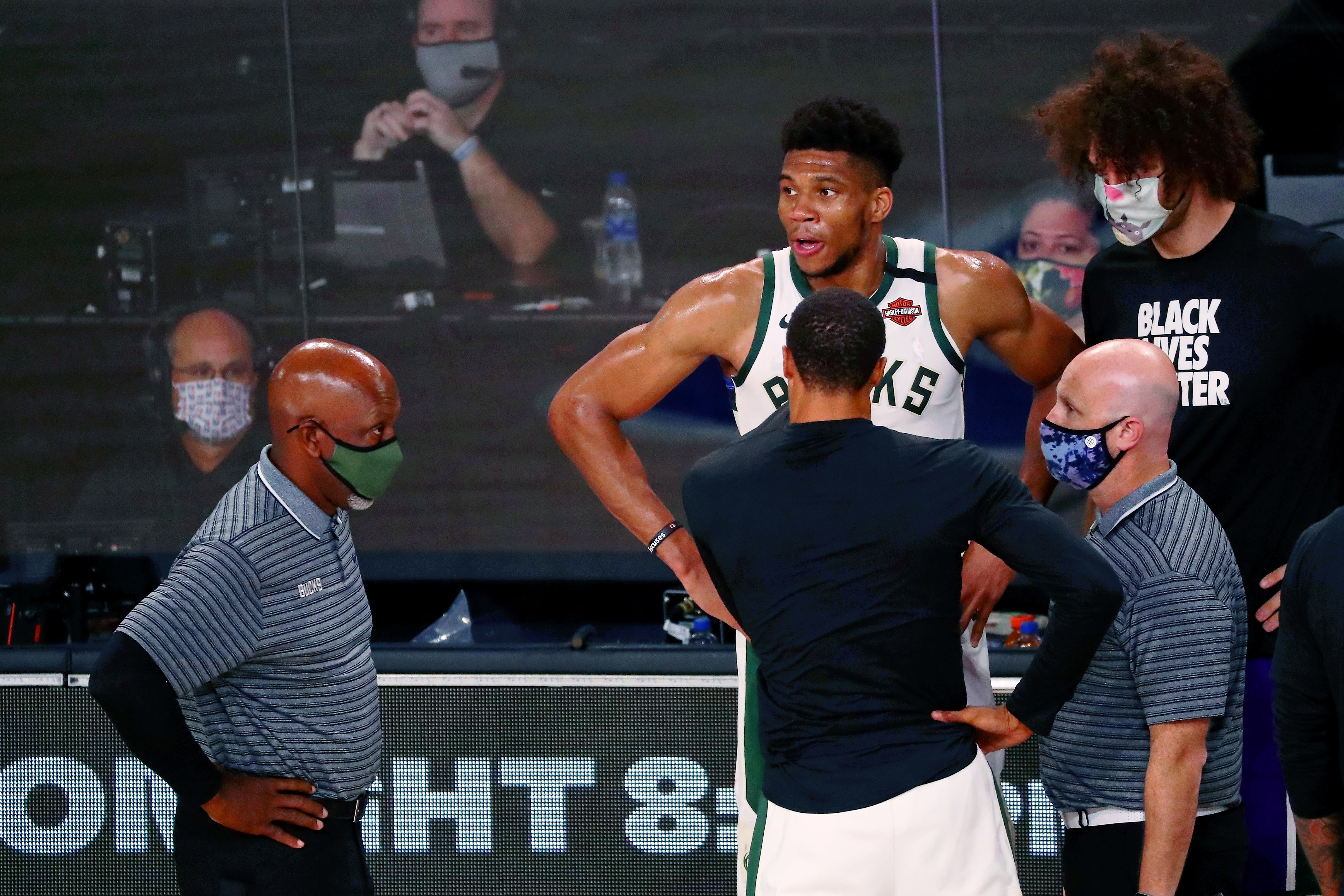 The Bucks spent big money and leveraged draft capital to keep Giannis Antetokounmpo happy, in hopes of him signing a supermax exension, but it hasn’t happened as of yet.

It’s a difficult position for the team to be in, because if The Greek Freak chooses not to sign the extension, and elects to test the free-agent market next summer, they’ll be in deep trouble. Being without a few first-round picks in future years, and really only having Jrue Holiday and a supporting cast, would put them in a difficult situation.

But the Bucks seem confident that Giannis will re-sign with them, and if so, all the spending they’ve done will be worth it. The Bucks are a small-market team, and Giannis is a bigger-than-life player that helps boost the entire local economy — similar to what LeBron James did in Cleveland.

And now that training camp has opened, Giannis is already being asked if he’ll sign the supermax extension and commit to the Bucks long-term. He was clearly prepared for it, and attempted to prevent his impending free agency from becoming a distraction for the team heading into the season.

“I’m not focused on that,” Antetokounmpo said, via ESPN.com. “I know my agent, Alex [Saratsis], and [Bucks general manager] Jon Horst and the Bucks ownership are focusing on those discussions, but I’m just trying to focus on myself — how I can get better, how I can help my teammates get better, how can we be ready Saturday to play our first preseason game?”

If Giannis is planning on seeing how the season goes before making his decision, then he’ll be hearing this question quite often in the future.