Your Morning Dump... Where Timelord needs to control his urges to succeed 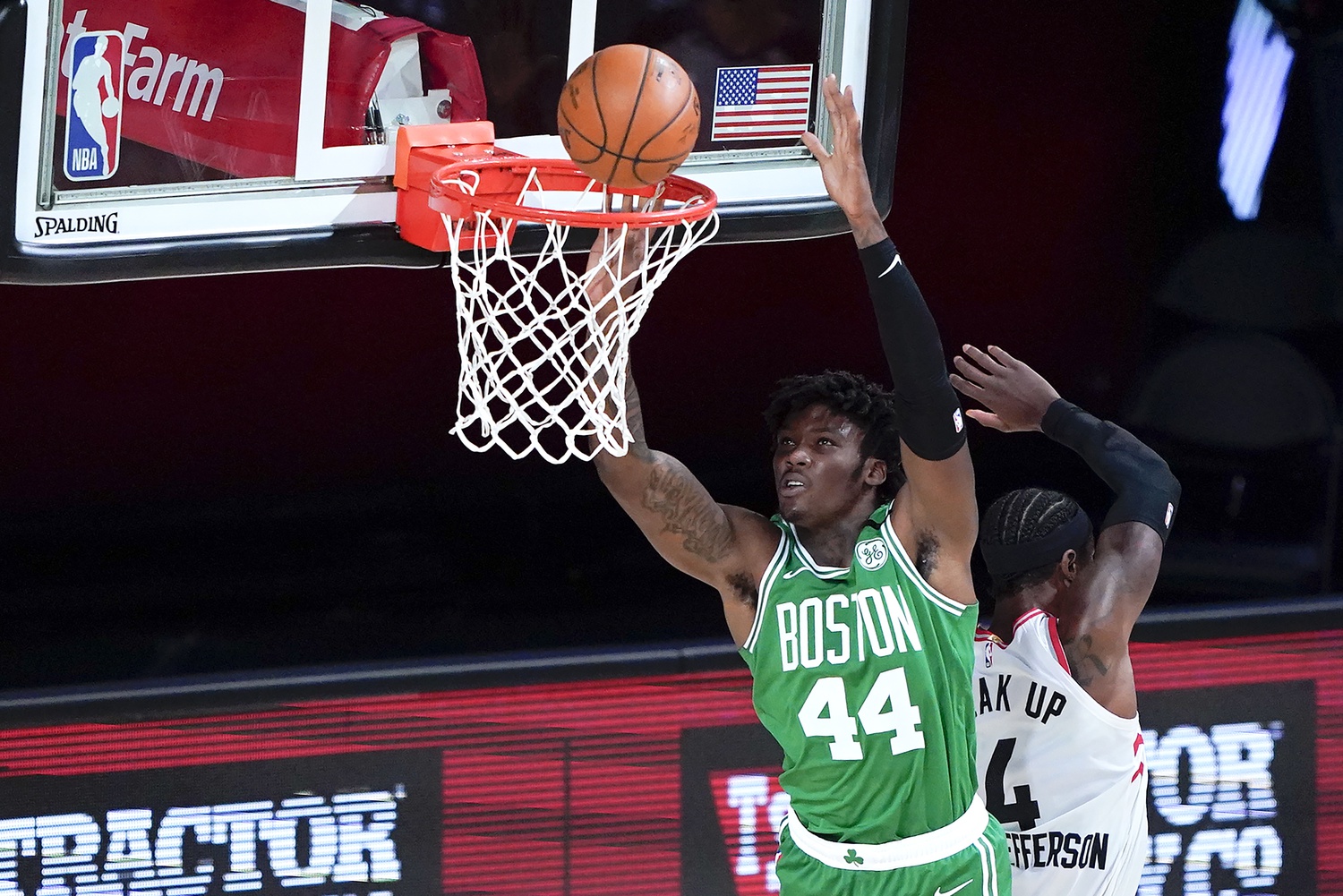 Your Morning Dump... Where Timelord needs to control his urges to succeed

“I honestly feel like I’ll make a great jump this year for myself and also for my team and I feel like I’m around great guys to do that, too,” Williams said. “Bringing in Tristan, someone I can learn from easily, and every day learning stuff from Theis, I feel like they put me in a great position, too.”

The Celtics want Williams to be steadier defensively, in the right places instead of taking chances on weakside blocks and then getting beat for layups. He was more reliable in the bubble, but it would have been interesting to find out whether he could have had an impact in the Miami series.

“Again, he’s always improved whether he’s playing or not,” Stevens said. “That’s one of the things that’s continued to give him a chance to make great strides. We’ve had good players there. Theis had a good year. Kanter was a really good player in certain matchups. When you’re playing that one position, there’s a little bit less time to go around off it. It’s a credit to him that he’s improved regardless of circumstance. I think he’ll build off of that this year.

“But we’ve got good players this year. We’ll see how all that shakes out.”

Swapping Enes Kanter for Tristan Thompson makes the Celtics better at the center position. And that’s going to make it harder for Robert Williams to crack the rotation.

But younger players traditionally make the leap in their 3rd or 4th year in the league. And if Timelord makes any sort of leap, neither Thompson nor Daniel Theis is good enough to keep him down.

Williams is such an explosive player, yet learning to contain that explosiveness and deploy it at the right times is the key to reaching his potential.

With Thompson, Theis, Timelord, and Grant Williams, Stevens has plenty of flexibility at the center position. Nothing will be given to Rob Williams, but I can feel his time is coming.

On Page 2, Stevens refuses to commit to Aaron Nesmith*.

“We’re four practices in. I have no idea if he will be a part of the rotation or not,” Brad Stevens said in a Tuesday afternoon video conference. “I really like what I’ve seen so far from his ability to learn from things day-to-day and apply them the next day. But that stuff will sort itself out.”

There are two things really standing in Nesmith’s way: getting used to NBA game speed, and picking up the Celtics’ defensive principles. He’s spent months getting used to the distance of the NBA 3-pointer, but the rest is only realized by experiencing it. That’s not exactly a luxury these days.

“It’s a lot,” Nesmith admitted. “Coming in really fast, quick turnaround, so I’m just trying to come in with a mindset of getting better every single day, getting one percent better than I was yesterday while trying to apply the schemes we are trying to run and things that we’re trying to incorporate on offense and defense.”

With the oft-injured Romeo Langford out until February, the Celtics are desperately thin on the wing. And while I’m praying heavily that Aaron Nesmith can shoot his way into the rotation, I’m mentally preparing myself for 15-20 minutes of Semi Ojeleye’s positional defense.

The Ringer: The Young Celtics are about to spread their wings

NBC Sports: Who’s the most important Celtics after the Jays?