Your Morning Dump... Where the shorthanded Celtics are looking for contributors 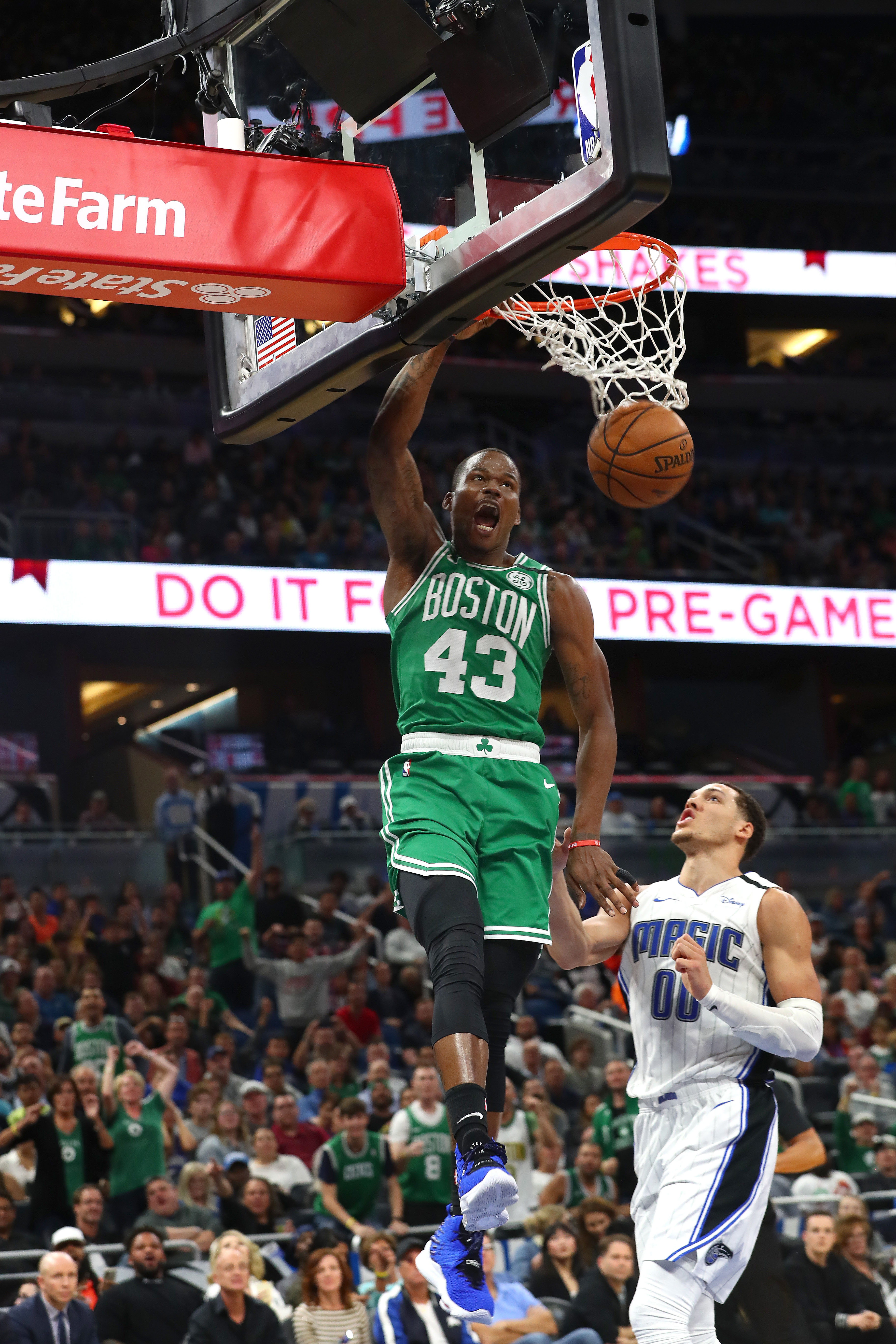 Your Morning Dump... Where the shorthanded Celtics are looking for contributors

Langford had his hard cast removed on Tuesday. Now, he said, he is focused on regaining strength and range of motion before using the wrist for basketball activities. He is unlikely to return during the first half of the regular season.

“Hopefully I’m getting these injuries out of the way right now, and not worry about it anymore when I get down the road in my career,” Langford said. “Really it helps me to give it more time, watch more film, see the game, work on different things that need to improve, so that when I get back out everything isn’t all new, and I’m well-prepared and well-studied on things.”

Langford, the Celtics’ first-round pick last year, has shown flashes of what he can do on the court, but wasn’t healthy consistently enough to get into a rhythm. Now that he is out for the first half of the season, the Celtics will be turning to other youngsters to pick up the slack. Langford is not the only one; we have talked extensively about Kemba’s knee, Tristan Thompson will likely not be back for the season opener, and Aaron Nesmith has not played a 5-on-5 game since January and is still getting his legs under him. One of those players could be Javonte Green.

“Just the work, here, now, I know what I have to do and what positions I have to be in. I know like the defensive schemes and offensive plays and stuff like that. So I feel like I have an advantage this year. Just going out there and just at the end of the day just keep playing hard like I did last year.”

Green has a chance to stick around and help the Celtics, but it’s not going to come easy. The only thing he can do to get that opportunity is the same thing he’s always done: work hard and be a good teammate.

There are going to be a lot of players campaigning for their spot on the roster, vying for more playing time. While the Celtics want everyone healthy to begin their quest for Banner 18, optimistically speaking this trial period of players will give Boston a “2018 playoff-esque” feel, allowing youngsters to get meaningful minutes and (hopefully) accelerate their growth.

On Page 2… The Celtics get ranked

ESPN is in the process of releasing its annual ranking of the top 100 players in pro basketball. Players from No. 50 to No. 11 were announced Wednesday, and four members of the Boston Celtics were among them.

Here’s a recap of the C’s players from the latest unveiling of ESPN’s list:

Personally, I think whoever made this list has rocks in their head. This same list has Lonzo Ball at rank 52, 15 spots ahead of D’Angelo Russell, and 28 spots ahead of Demar DeRozan. Still, it is cool to see Tatum starting to be recognized as one of the best up-and-coming stars in the league. These rankings don’t really mean anything, they are an opinion that does not have an impact on the games played. But, this list can still be used as motivation for players to get recognition as belonging in the league, and taking the leap to stardom.

MassLive: Who starts for Boston Celtics? Brad Stevens doesn’t know yet: ‘We are very much in evaluation phase’