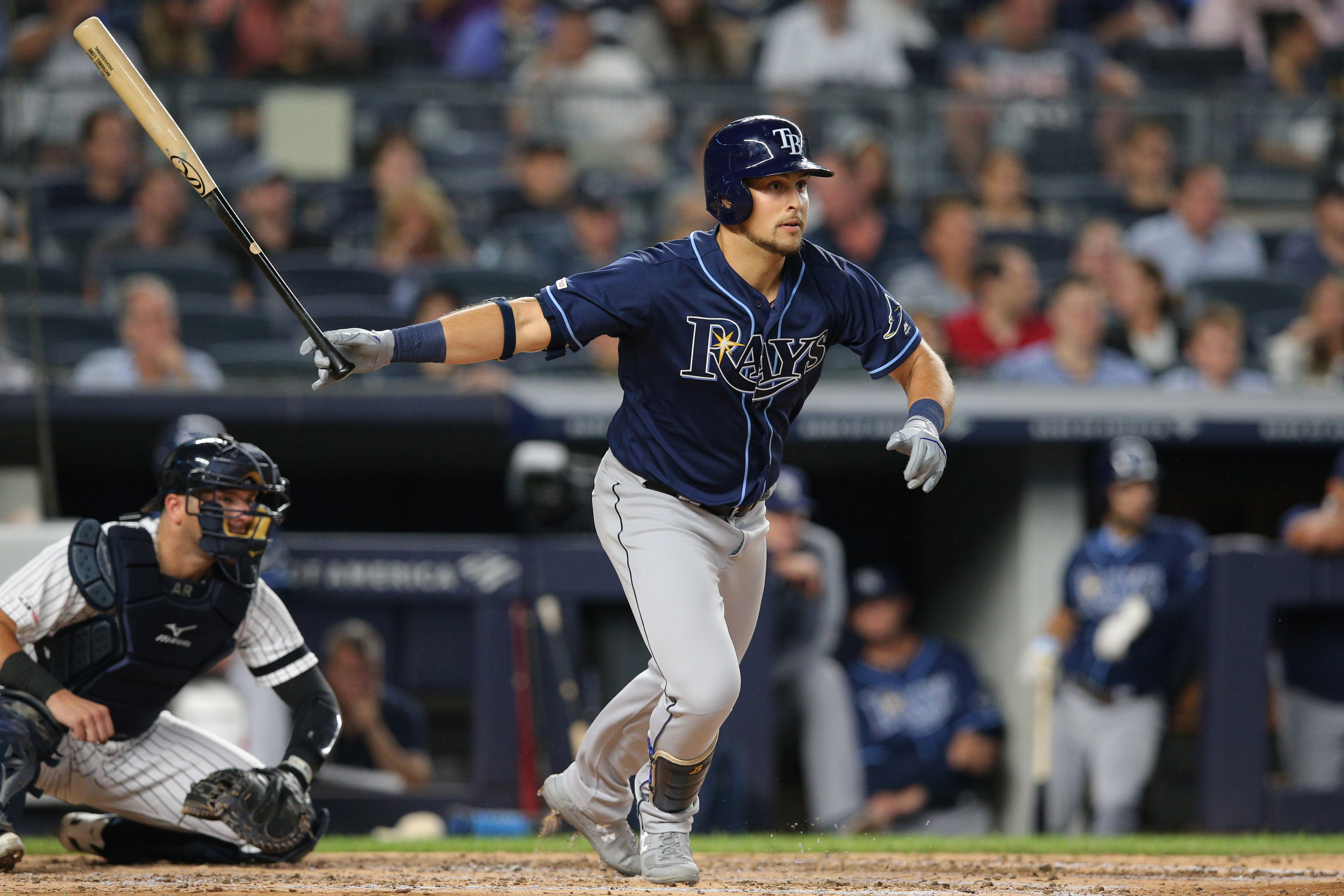 The Texas Rangers tried to improve their first base depth on Thursday, by acquiring first baseman Nate Lowe of Norfolk, VA from the Tampa Bay Rays for three minor league players and a player to be named later according to the Canadian Press. The minor league players were catcher/outfielder Heriberto Hernandez, infielder Osleivis Basabe, and outfielder Alexander Ovalles.

Lowe also fell below on the depth chart at first base behind Ji-Man Choi of Incheon, South Korea, and Mike Brosseau of Munster, IN. Brosseau batted .302 with five home runs and 12 runs batted in during the regular season, while Choi batted .230 with three home runs and 16 runs batted in. Then in the postseason, Brosseau and Choi both batted .250, while Brosseau hit a series-clinching home run in a 2-1 Rays win over the New York Yankees in game five of the American League Divisional Series on October 9.

One area where Choi is also better than Lowe is defensively. Choi’s ability to stretch out and catch balls in the dirt, literally makes him one of the best defensive first basemen in all of Major League Baseball.

The Rangers meanwhile are in a rebuilding mode. Expect Lowe to share first base duties with Ronald Guzman of Le Vega, Dominican Republic in 2021. Guzman batted .244 with four home runs, and nine runs batted in. The signing of Lowe may also end Scott Heineman’s time in Texas. Last season Heineman struggled mightily offensively, as he batted only .154 with one hone run, and seven runs batted in.