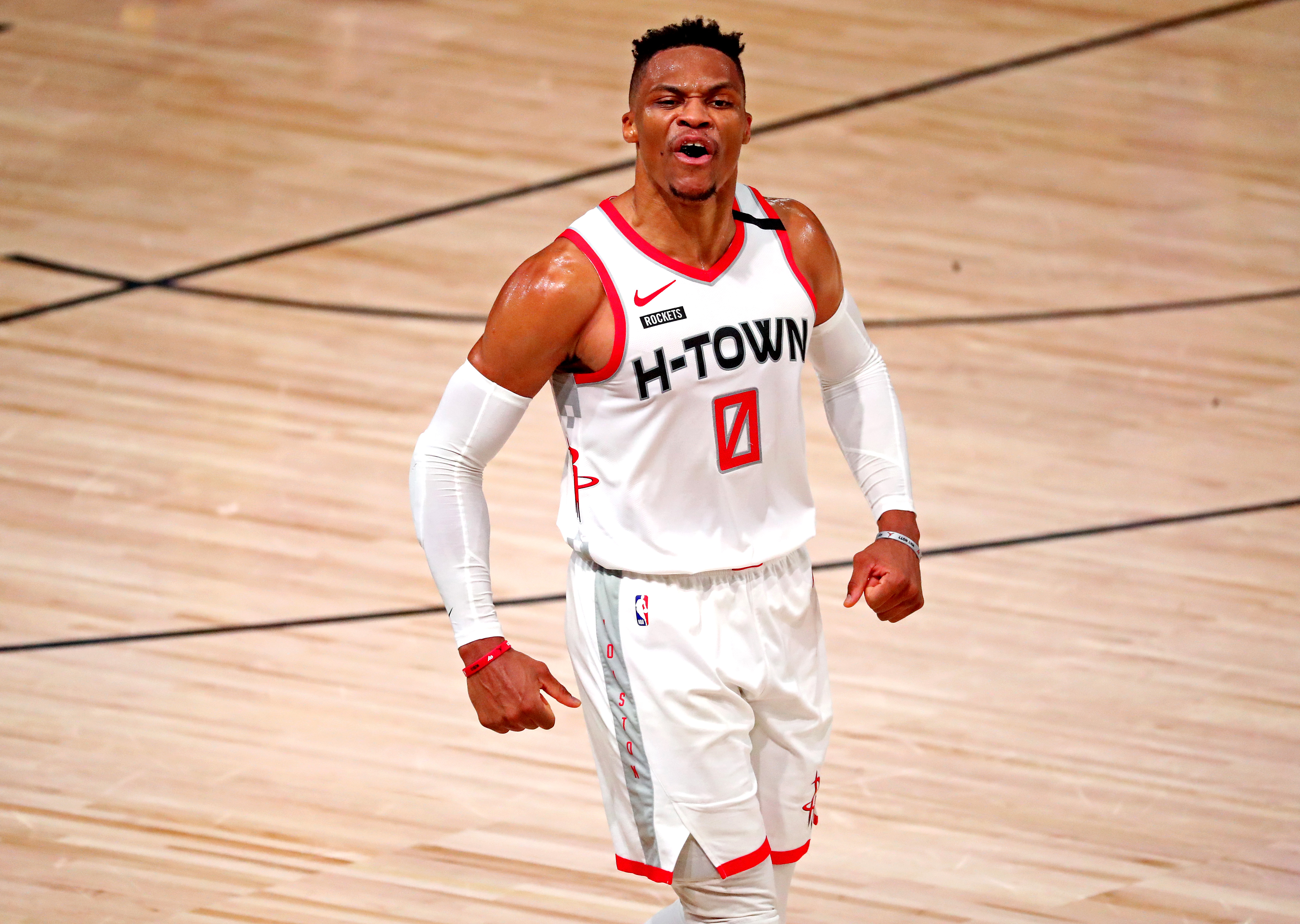 The Washington Wizards will get their 2020-21 season underway on Sunday in Brooklyn, one of three preseason games before the regular-season opener on December 23 in Philadelphia. Russell Westbrook and Bradley Beal are unlikely to play against the Nets, but will see action when Washington returns home with two games against the Pistons on Thursday and Saturday.

Despite the unsettling and sudden split with John Wall, the Wizards got better when they acquired Russell Westbrook. The on the court player is a Hall of Famer, but his persona as Bradley Beal puts it is infectious energy into the youth on the Wizards team. Including Cassius Winston, Washington has eight players age 23 or younger. Westbrook’s hard-nosed attitude and play will only help in their development.

“We changed up things last year so I knew guys were going to really compete and practice hard and pull for one another, but also challenge each other during practice,” Brooks said about the start of a culture change under Tommy Sheppard. “It’s even taken another level with the added guys we’ve brought in. The leadership that Brad and Russell, just seeing those two guys already connect that’s been great to see unfold. When you have those two guys connecting every day, treating every practice as this is what we have to do to get better and we’re going to try and win this practice, it just trickles down to the rest of the team.”

Bradley Beal: "Russ brings a definite focus and persona about himself that resonates with the rest of the team, in a good manner. You have no choice but to feed off his energy. It's been nothing but positive vibes." pic.twitter.com/xZIaXRT1kO

Westbrook commands attention and excellence to a level higher than Wall could with a team of veterans potentially thinking about their next contract. Any narrative that was ever created regarding Westbrook has been thrown out the window for the Wizards who are looking for a symbiotic relationship between the newest point guard pairing for Bradley Beal. Unapologetically himself, Westbrook came to his own defense when asked if he would need to alter his play at all.

Russell Westbrook: "I feel like I'm one of the best leaders in the game. Leadership is not about what you say and all the shit that people see and all that. It’s actually what you do and how you impact and better your teammates as men.” pic.twitter.com/kw3cVjUXzn

We will have to wait to see if the Westbrook and Beal pairing lives up to Brooks’ hype, but if they do they are immediately thrown into the conversation of best backcourt in the Eastern Conference. Seeing how Westbrook elevated Paul George into an MVP candidate in Oklahoma City is not lost on Beal who says he is willing to be held accountable.

“I’m a constructive criticism guy, I can take it,” Beal self-described. “I want guys to get on my head, tell me to play better, tell me to let’s go, light a fire, light a fuel underneath me. I like that. I definitely think he will propel me to a new level that I haven’t tapped into yet. I’m definitely excited about it. Granted I’m confident in myself, in my game to be able to take another step, but he’s a former MVP, 9-time All-NBA, however many All-Star games he’s made. He’s a future Hall of Fame so I’m all ears and excited to play with him.”

An All-Star backcourt will not be enough to make the noise each of them wants to make in the playoffs, so the continued developments of Washington’s youth will be pivotal. Can Rui Hachimura and Thomas Bryant take the next step into above-average NBA starters? Can Troy Brown Jr., Isaac Bonga, and/or Jerome Robinson turn into a lockdown defender? Can Deni Avdija be an immediate contributor and/or the Wizards’ secret weapon come the postseason? If the answer to even half of those questions is yes, DC will be a top out for any Eastern Conference contender.

In his second media availability with the team, Westbrook described Washington, not as a young team but a hungry one and that one of his most important job is to make sure the hunger displayed early on during training camp continues the rest of the season. Most coaches cannot accomplish that so if Westbrook can, it will be well worth a lottery-protected first-round pick for the Wizards.