Your Morning Dump... Where the C's made it back to the Garden 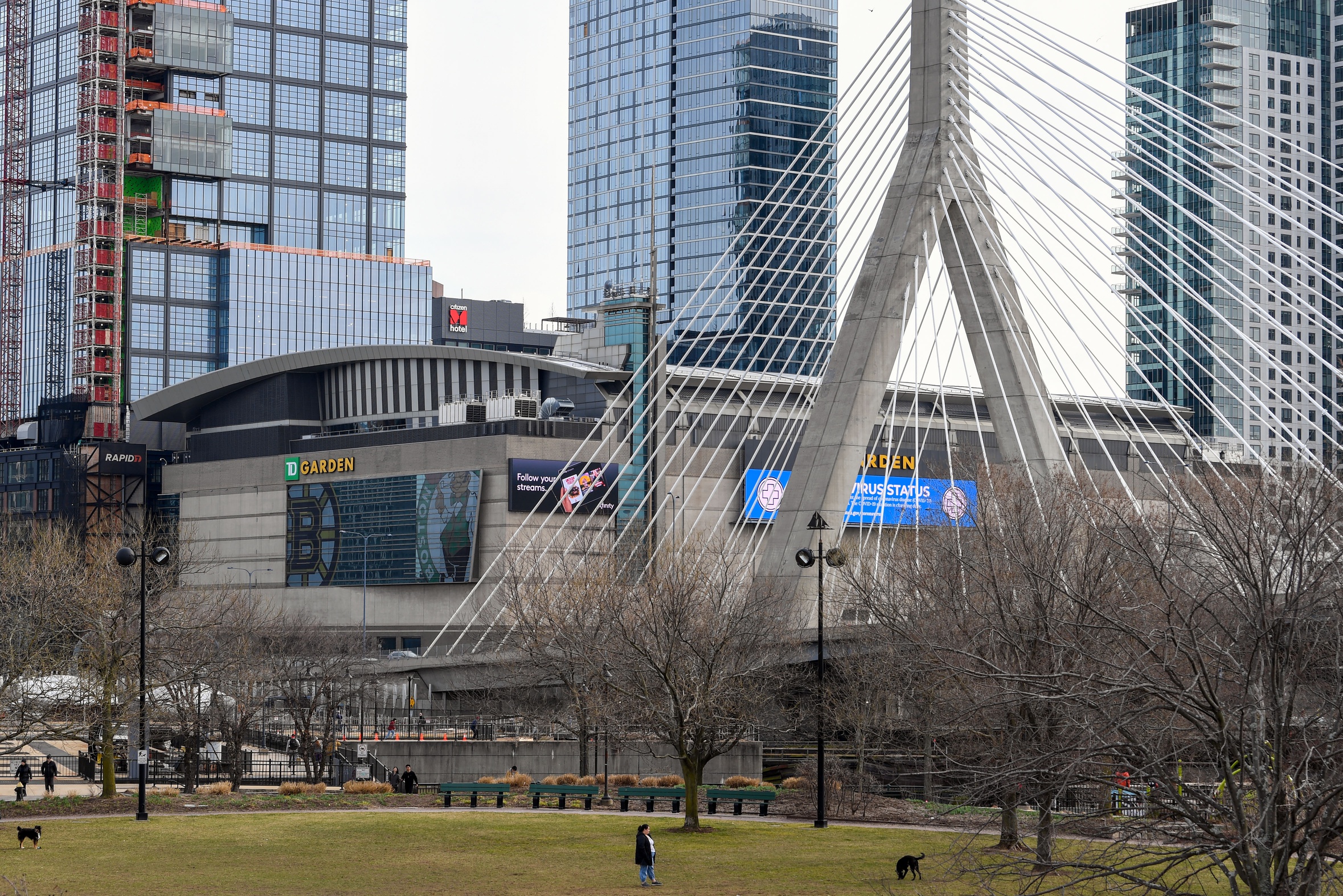 Your Morning Dump... Where the C's made it back to the Garden

“We wanted to come down to the Garden today because we haven’t been in here since we played before we left for the Indiana game — I think it was Oklahoma City,” Brad Stevens said in post-practice video conference with reporters. He’s right. The last time the Celtics were on that floor was March 8. A game before the league shut down for four months due to COVID-19.

“None of us have been in the building. Just walking back in here was nice,” Stevens said. “Great to be back in here, even without fans. Just a change of scenery was nice, too. To do something different. We scrimmaged, just played up and down a little bit more.”

It’s crazy to think that it’s been over eight months since any of these guys were last in their home arena. Yet here we are.

The NBA, despite another 8 positive COVID tests, is pushing ahead with a restarted season. We’re four days away from the C’s first preseason game and a dozen days away from the first game that counts. It’s time for these guys to reacclimate themselves to the Garden, because what will pass for a home court advantage this season is pretty much limited to being able to sleep in your own bed the night before and being more or less familiar with the floor, facilities, and so forth.

And the C’s need to get as familiar as possible with playing in an empty arena because the clock is still ticking. The NBA is apparently still committed to its announced schedule. Over at the Athletic, David Aldridge thinks this is a bad move:

A reasonable but not fatal delay, still giving the league hope of completing a 2020-21 season – maybe a month, maybe six weeks – from now feels so much more … what’s the word: responsible. It was what the NBA did in the spring, in being the first big sports league to shut down, after a positive test for Utah center Rudy Gobert was confirmed. It cost the league hundreds of millions of dollars of revenue, but it was the right thing to do. So would pushing the start of next season into calendar 2021.

Aldridge is both correct and incorrect in his logic: Pushing off the start in hopes that things will be better in six weeks is defective thinking because, let’s be honest, things looked pretty grim six weeks ago and they look even worse now. If the league were determined to wait this thing out, they could be waiting a very long time–even with a vaccine scheduled for preliminary roll-out within a week or two.

Now I’m here to tell you that waiting this thing out is the correct move if you are primarily concerned about the spread of this virus. But as the league’s 100+ page virus avoidance manual makes quite clear, the league’s priority is, when you get right down to it, money. They want players and staff to take a host of steps that will minimize the spread of the virus while still allowing a contact sport to take place.

The NBA is hardly alone in choosing money over personal safety: This is a choice that, to a certain extent, every one of us makes every day. And across the country, the debates about combating the spread of the virus essentially boil down to where you draw the line between money and safety.

Page 2: Where Marcus Smart is impressed by Payton Pritchard

“I kind of had a feeling that he would be a guy for me that would stand out,” Smart told reporters on a Zoom call Thursday evening. “I was looking forward to seeing what he has, and he hasn’t disappointed yet.”

In the debate about who wrote Shakespeare’s plays, for me the trump card will always be the assessment of Ben Jonson, who, on the death of Shakespeare wrote a poem which, among other things said

He was not of an age but for all time!

Ben Jonson was a contemporary of Shakespeare. In the compact world of Elizabethan drama, they almost certainly knew each other personally. Both of them wrote plays for the stage. The difference in quality is such that you know who Shakespeare is, period. But you probably haven’t heard of Ben Jonson unless you were an English Lit major in college, or you took a few higher level courses in English there.

Jonson was not beholden to anyone. His plays often contained pointed barbs directed at people he felt were frauds or hypocrites, and this resulted in him spending time in jail on occasion.

That Jonson, who had every reason to view Shakespeare as a rival, and a more successful one than him by far, not only did not reveal him as a fraud if he had reason to suspect that, but actually heaped praise on him is all the evidence I need that Shakespeare was the author of the plays attributed to him.

Marcus Smart’s assessment of Payton Pritchard carries the same weight with me.

There was a not inconsiderable gnashing of teeth when the C’s picked Pritchard, and a subset of the fanbase has taken to associating him with various extremist positions, refusing to mention him by name, and doubling down on any number of conceits that express their disdain for him.

Against all that, I’m going to have to take Smart’s evaluation. Smart isn’t a bootlicker. He’s not a yes-man, or a guy who caters to popular sentiment. When fans ganged up on Kyrie Irving after the abrupt conclusion of the 2019 season, Smart stood up for him.

And if Smart says that he’s impressed with Pritchard, that’s good enough for me.

As an aside, one of the things my wife brought into our marriage was an appreciation of Blacklist. After watching about a season’s worth of episodes, I realized that I was doing the Raymond Reddington ‘rambling intro’ long before the show’s writers came up with the idea.

The NBA has fined both the Brooklyn Nets and Kyrie Irving $25,000 for Irving’s refusal to speak to the media. “The fines result from Irving’s refusal on several occasions this week to participate in the team media availability,” the league said in a statement.

Player contracts contain language that specified that, upon request, the player will make himself available for interviews. Irving has often met those obligations by giving regular post-practice and post-game press conferences. He has not yet met with any reporters this preseason.

I’m at something of a loss as to why Brooklyn was also fined here, but it’s entirely possible that the team supports Kyrie’s stance.

From my standpoint, I don’t understand what the big deal is. Years ago, a friend of mine covered the SDSU beat for the Sioux Falls Argus Leader. He was very good at his job, and at one point in time, he said that he had been to a seminar featuring Bob Ryan, and something he said there resonated with him. Bob told the audience something like this, ‘you don’t need to rely on player quotes to tell the story.’

You can write about the Nets without getting quotes from Kyrie Irving. Even if the story is Kyrie, you don’t need Kyrie’s words to tell it. You’re the writer, your words should suffice. I’ve written articles about stuff that happened over two hundred years ago. I’ve written about the control room at Chernobyl–and nobody there during the meltdown survived it by a year.

And, yes, Kyrie’s problems with the media are largely a product of his own imagination–but not entirely so. In August, 2018, Kyrie attended an event on the Standing Rock Indian Reservation, because his mother was a member of the Lakota Nation. He had shoes with the Standing Rock flag on them. He’s made no secret of his Native American heritage. And a few months later, a reporter wished him a happy Thanksgiving. Kyrie’s response drew extensive media comment, but few sources mentioned that wishing a Native American a “Happy Thanksgiving” is in incredibly poor taste, and those that did buried that item under a far more attractive lede.

NBCSN: Forsberg: Are the C’s still elite in the suddenly loaded East?