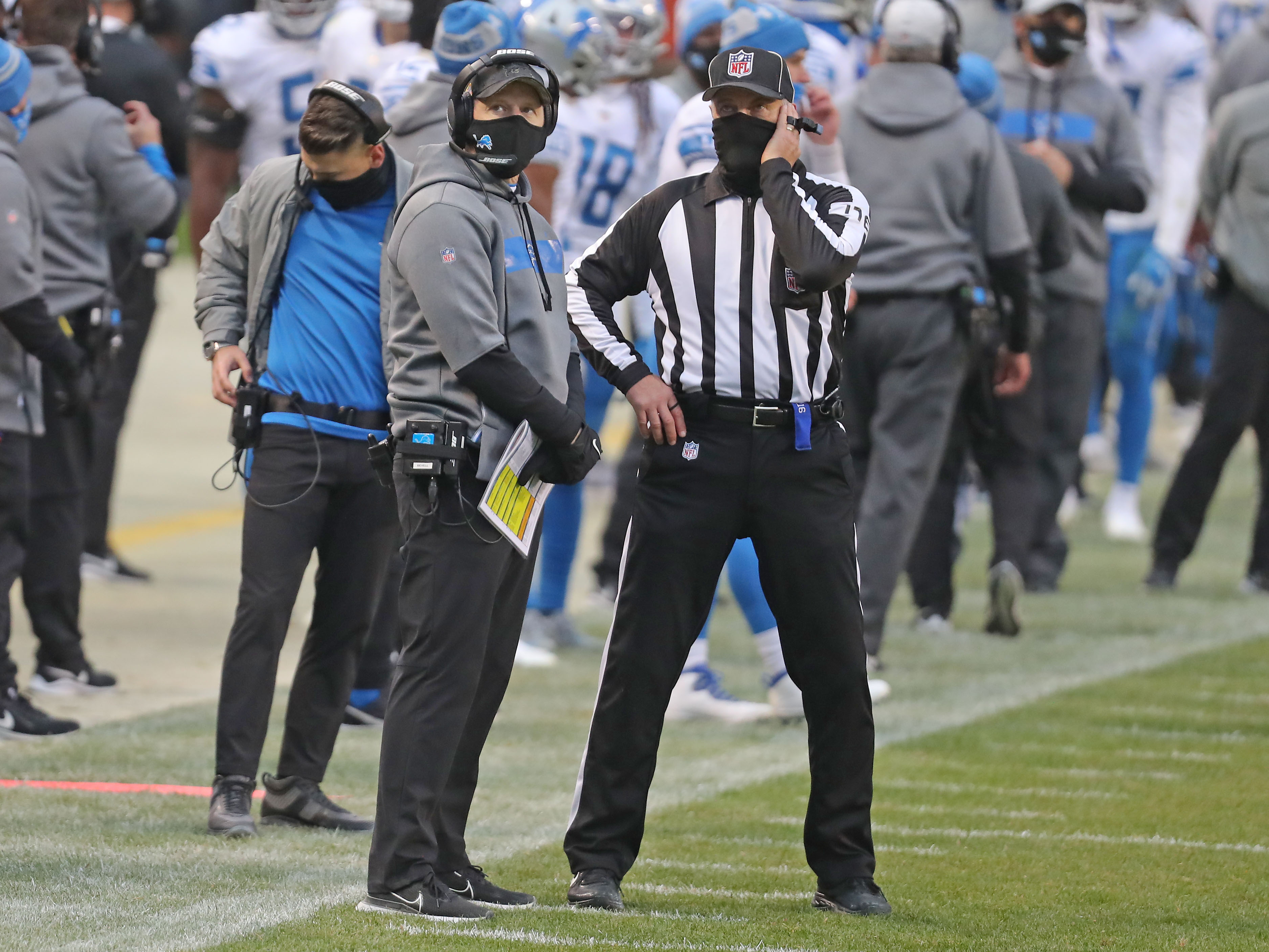 Darrell Bevell in his first game as Lions' head coach.

Aaron Rodgers just turned 37 and is playing better than ever. The two-time MVP and future Hall of Famer has the Green Bay Packers (9-3) on pace to win their second consecutive NFC North division title. He leads the NFL with 36 touchdowns and is seventh in yards with 3,395.

His quarterback counterpart for this week’s game against the Detroit Lions (5-7), Matthew Stafford, is having a solid, yet unspectacular season. His 21 TDs ranks 13th while he is ninth in yards with 3,278.

When the Packers roll in to Ford Field this Sunday, they have a chance to clinch the division with a win and a loss by the Minnesota Vikings. Even with a win by the Vikings, the Packers will clinch a playoff berth with a victory over the Lions.

Green Bay is coming off a 30-16 win over the Philadelphia Eagles and are winners of four of their last five.

Detroit beat Chicago last week 34-30 in their first game since firing Matt Patricia and Bob Quinn after their loss on Thanksgiving. It was also their first game with Darrell Bevell as the interim coach.

Green Bay boasts the highest scoring offense in the NFL with 31.6 points per games while Detroit gives up the second most points per game at 29.8. This game, if the first matchup in Week 2 is any indication, could be a shootout.

The Packers beat the Lions 42-21 after trailing 14-3. Aaron Jones had a career game against Detroit in that game as he rushed for a career-high 168 yards and two touchdowns. He also caught four passes for 68 yards and another TD. On the season, Jones is ninth in the league in rushing yards with 754 and is tied for 10th in rushing touchdowns with seven.

Davante Adams was virtually shutout in the Week 2 matchup with only three receptions and 36 yards. But on the year, Adams has been a man on a mission. He has caught a TD in seven straight games and is tied with Tyreek Hill for the most receiving touchdowns in the league with 13. He is also 4th in receptions with 84 and 6th in yards with 1,089.

This offense could be in for another offensive explosion once again as Detroit has one of the worst defenses in the league. Besides all the points given up, they give up a lot of yards as well. They rank 28th in total and rushing defense and 26th in passing defense.

As for Detroit’s offense, they go as Stafford goes.

They are tied for 19th in the league in scoring offense with just under 24 points per game while they have the 11th ranked passing offense.

His two favorite targets this year have been Marvin Jones, Jr. and T.J. Hockenson. Combined, the wide receiver and tight end have combined for 1,233 yards and 13 scores.

The passing game could be disrupted by a fierce Green Bay pass rush. They are tenth in the NFL with 31 sacks and have a top-3 sack leader in linebacker Za’Darius Smith. The former Pro Bowler is tied for third in the league with 10.5 sacks.

The backfield will be led by Adrian Peterson, who leads the team with 507 yards and six touchdowns. Rookie running back D’Andre Swift, who has missed three straight games, is questionable with an illness.

Both teams have been bitten rather hard by the injury bug.

While Detroit played inspired last week under Bevell and are only a game out of the NFC Wild Card race, they are all but eliminated from contention.

Green Bay is playing not only for the NFC North title, but also the number one overall seed in the conference. Rodgers, Jones, Adams and Co. have been on a mission all year and I think it will continue against Detroit.

Rodgers is 16-5 in his career against Detroit while Stafford is 7-12 versus the Packers.

I think the score will be closer than in Week 2, but Green Bay will come out victorious once again. Rodgers will continue his MVP season and may reach 40 touchdowns on the year in this one. Stafford and the rest of the Lions will play well once again under Bevell, but will still fall short.