Your Morning Dump... Where Kemba and Tristan are progressing SLOWLY 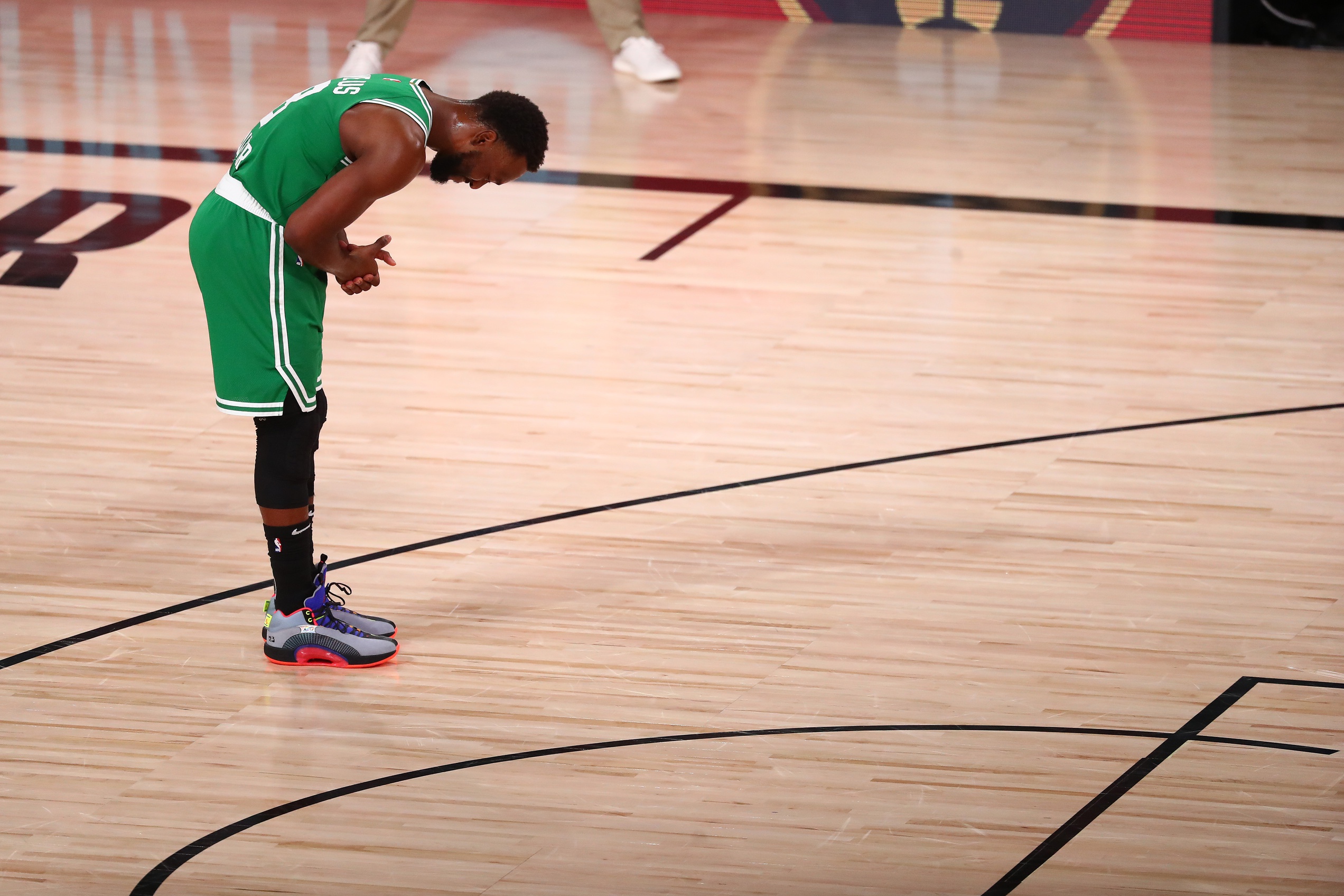 Your Morning Dump... Where Kemba and Tristan are progressing SLOWLY

Coach Brad Stevens said Saturday that Walker is mostly taking spot-up jump shots with limited movement, and he has yet to participate in group work with the rest of the team.

“I’m going to learn more in early January about real timelines,” Stevens said. “I’m guessing like everything else, he’ll probably progress to the next stage fairly quickly. Next stage might be like being involved in a four-person group work where you’re doing some simulated defensive drills or simulated offensive reads, oftentimes not going full speed.”

Any “update” on Kemba’s situation that doesn’t include the words pain or discomfort should be considered good news. But I am not feeling warm and fuzzy about his situation. I’ll be thrilled if he’s back on the court by mid-February.

As for Tristan Thompson:

Stevens said that center Tristan Thompson, who suffered a mild hamstring strain prior to training camp, has done some very light two-on-two and three-on-three work before practices over the last week but has yet to take part in a full session.

“There will be a ramp-up period for him whenever he is able to go live in practice, and I’m assuming it won’t be one of those situations where you’re available one day and you get a good practice in and you can play,” Stevens said. “I think it’ll be a little more than that. I don’t know what that means with regard to [the season-opener vs. Milwaukee] Dec. 23. Every day that passes I’d say that becomes more unlikely.”

The Globe reminds us that because Cleveland didn’t qualify for the bubble, TT hasn’t played in a game since March.

Oh, I should also mention that rookie point guard Payton Pritchard dislocated a finger on his left hand.

“Both are leaders on the floor,” Teague told reporters Saturday. “They both lead in different ways. I didn’t know they were that close as friends. They communicated a lot like that.”

Teague said Brown is helping him get settled in Boston and that Brown has repeatedly reached out to make sure Teague has everything he needs.

In addition to their leadership abilities, Teague praised Tatum and Brown’s on-court abilities.

“They’re the players I thought they were,” Teague said. “They’re both really good players and I think both are superstars.”

This is great to hear. As our dynamic duo reaches new heights, rumors about their discontent will undoubtedly surface in the future. Someone needs more touches. Someone didn’t show up to someone’s charity event. Blah, blah, blah.

Jayson Tatum has been listed at 6’10” pic.twitter.com/xHfPsac8sq

Forget the height, just look at those shoulders and arms.