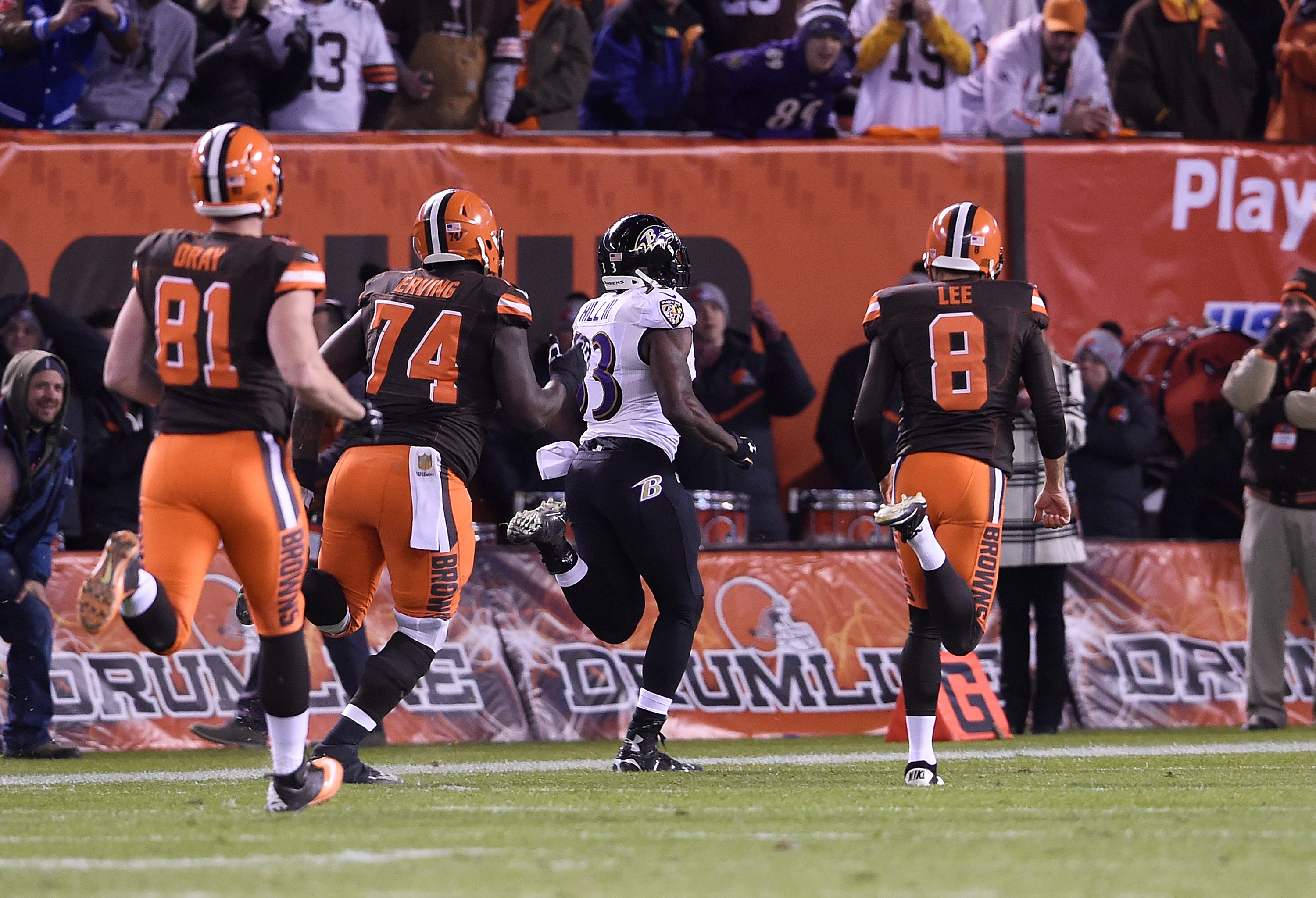 What a game for fans of both teams! It was a clinic on how to script an NFL rivalry event for maximum entertainment value.

Most incredible of all, Lamar Jackson does a Superman impression by coming out of sickbed in the locker room at the absolute moment of truth and delivers the W for the Ravens.

I among others have noticed Lamar’s somewhat weakened physical profile after his recent bout with Covid. He may indeed be suffering some repercussions from the after-effects of riding out his positive testing experience. He has looked thinner and unusually short of breath.

He left the game in the final quarter with a sense of urgency as captured on camera. It was more than just the “muscle cramps” reported by the MNF crew. Reportedly he was overcome by intense nausea and diarrhea.

It happens to the best of us. Just not usually with a crucial divisional game on the line…

Jackson emerged from the locker room, saved the game and maybe Baltimore’s season with a 47-42 win over the Cleveland Browns in a wild, back-and-forth Monday night game in which the teams combined to tie a 98-year-old NFL record.

Back on the field after being sidelined by “cramps”, Jackson threw a 44-yard touchdown pass to Marquise Brown and then set up Justin Tucker’s 55-yard field goal with two seconds left as the Ravens (8-5) stayed in the playoff picture.

A game dripping with playoff intensity delivered with endless drama and numerous twists, none bigger than Jackson running back onto the field for a fourth-down play after his backup, Trace McSorley, had suffered a knee injury.

Jackson, who missed a recent game with COVID-19, said he received fluids in the locker room and was getting stretched when he saw McSorley get hurt.

“I’m still stretching and I’m like, ‘We gotta go out there,’” he said. “It was fourth down, my guys were making great catches and we came out with the victory. As soon as I saw him go down, I came out of the locker room.”

Jackson first hit Brown for the TD and then, after getting the ball back with 1:04 left, got Baltimore in position for Tucker, who made 70 straight field goals inside 40 yards before missing last week. He made this one look pretty routine, providing an uplifting moment for the Ravens after they spent the past two weeks dealing with a virus outbreak and numerous scheduling changes.

“It’s definitely good that we made that kick, given everything this team is going through right now,’” Tucker said. “It keeps us in the playoff picture. We definitely needed to have this one. What the world saw on Monday Night Football was a Ravens team playing with guts.”

It was a gut punch for the Browns (9-4), who had rallied from a 14-point deficit to take the lead while Jackson was out.

The Browns had one last chance after Tucker’s kick, but a series of laterals on the final play ended with a safety that affected gamblers all over the country. The Ravens were favored by three on the opening line.

“There can either be good or bad to come from this,” said Browns quarterback Baker Mayfield, whose 22-yard TD pass to Kareem Hunt with 1:04 left tied it. “You can start pointing fingers, but that’s not this team. We know that we need to fight and make the plays to win when we need to.” 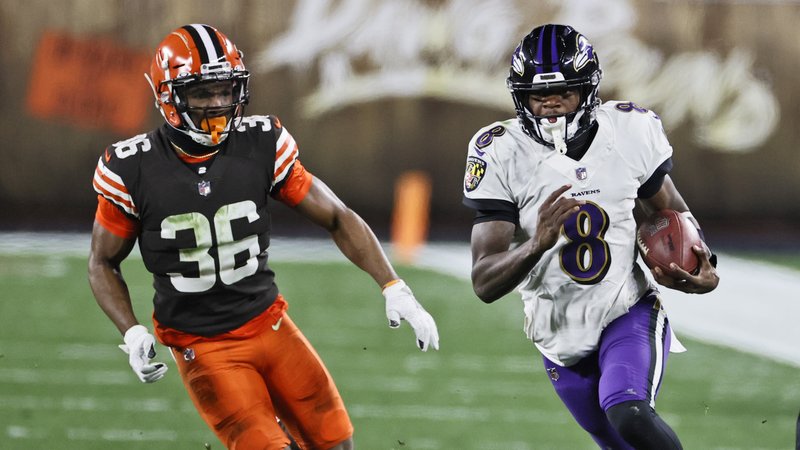 Jackson rushed for two touchdowns and 124 yards. He completed just 11 passes, but five of them came after he returned from the cramps.

With the Ravens down 42-35, Jackson came running back onto the field after McSorley suffered what looked like a serious leg injury when he slipped on a slick FirstEnergy Stadium field that was tough for players to cut on all night.

Jackson spent the first half slipping all over the place before changing cleats.

With no margin for error on fourth-and-5, Jackson calmly rolled to his right — and after getting the Browns to think he was going to run — he found a wide-open Brown in the middle of the field.

“That was a big-time play. We needed that,” tight end Mark Andrews said. “It’s hard to describe this game because everyone was doing their thing. Just a lot of fun.”

Even after Jackson’s throw, Mayfield wasn’t going to be denied. He drove the Browns 75 yards, hitting Hunt for the score.

Jackson then showed why he’s a superstar.

The reigning NFL MVP completed two straight passes to Andrews, who missed the past two games with COVID-19, for 28 yards and moved the Ravens in range for Tucker, one of the most accurate kickers in league history.

Mayfield had shaken off a costly interception and brought the Browns back, scrambling from the pocket a la Jackson and scoring on a run with 6:33 left.

The Browns were beaten 38-6 by the Ravens in Week 1, but Cleveland looked like a different team — like a playoff team.

“That’s a really good football team with a lot of heart,” Ravens coach John Harbaugh said. “It’s a game that’s going to go down in history. Our guys had faith and trust and belief and sometimes that’s what it takes.”

Nick Chubb had two TD runs for the Browns, while Gus Edwards had two for the Ravens.

The NFL’s top two rushing teams combined for nine rushing touchdowns, tying a league record set in 1922 by Rock Island and Evansville and then Racine and Louisville.

INJURIES—-Ravens: CB Jimmy Smith left in the second half with a shoulder injury. … CB Marcus Peters left with a calf injury in the fourth quarter. QB Trace McSorley in relief of Lamar suffered a strained or torn knee ligament pending MRI.

Browns: Defensive star Myles Garrett missed one play in the first half with an elbow injury. … Rookie LT Jedrick Wills went off briefly in the third quarter with a leg injury, but came back.