Your Morning Dump... Where youth is the Celtics' biggest asset... and problem 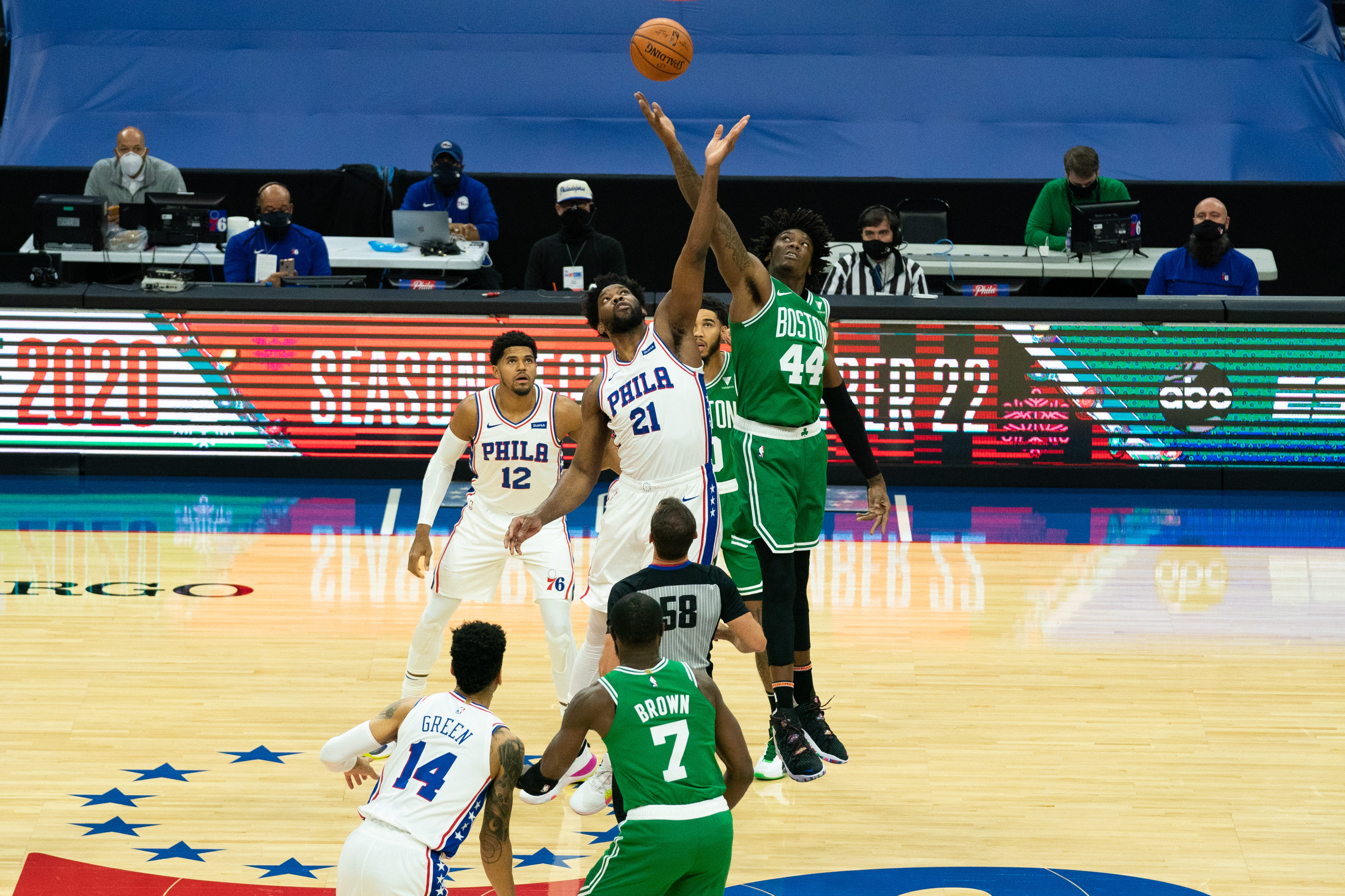 Your Morning Dump... Where youth is the Celtics' biggest asset... and problem

One preseason game in on a shortened offseason? Time to grossly overreact over the tidbits of film we have for the Celtics. Twitter has been abuzz with MVP takes about Payton Pritchard after he dropped 16 points against the Sixers, and reports on Rob Williams and his play have more ups and downs than an elevator. This is to be for the first preseason game, and especially with all of the young talent this team has. Coach Stevens is still figuring out what kind of talent that is, and where he can fit the pieces to get the most out of this team. The first concern is frontcourt depth, as Rob Williams struggled to hang with All-Star Center Joel Embiid on Tuesday.

But for all the warts, things change significantly when Williams is playing against bench competition. He was dramatically better on defense once Howard was on the floor, as he knew he could sit underneath screens and not worry about Howard popping like Embiid does. Williams struggles mightily trying to recover out to shooters, so he seems to play with much more presence and confidence when he’s guarding a non-shooter.

Having Theis and Thompson back will help alleviate some issues against better big men, but the goal is for Rob to grow into a rim-protecting force capable of defending even the toughest post moves.

The rookies had their fair share of ups and downs, but overall contributed good minutes in a game that ultimately means nothing.

There were a few times when Pritchard seemed out of position on defense, but it appears that his effort and scrappiness will help him mask some slip-ups, particularly as he continues to learn the playbook.

Nesmith, the 14th overall pick, did not appear in the first half. He played 19:07 in the second and finished with 8 points and 5 rebounds.

Everyone seems to be on board the Pritchard train. But let me remind you of an ancient NBA proverb: one good (preseason) game does not an All-Star make. Both he and Nesmith will have to rapidly adjust to the speed and feel of the NBA with limited camp and training time. I personally am optimistic that both of these youngsters can be contributors as early as this year. However it will certainly take a while for them to learn the ins and outs of the playbook, and for second and third-year players, the question is whether they have learned enough to contribute solid minutes to a title run.

“Getting older, my body is starting to mature a little bit more. I’m not 19 anymore,” said Tatum, delivering a bold-face lie about his age that will make it hard for some to believe that he didn’t actually sprout two inches over the past 70 days. Tatum acknowledged on social media recently that he’s now in his fourth year as a 19-year-old.

I literally said this to my roommate when I turned the game on Tuesday: “Man, Tatum looks big! He must have been hitting the weight room.” It looks to me that Tatum has grown a bit physically going into his fourth season, and it seems that he has matured a bit as well. This team belongs to him and Jaylen now, so it is great to see they are taking accountability both on and off the court.