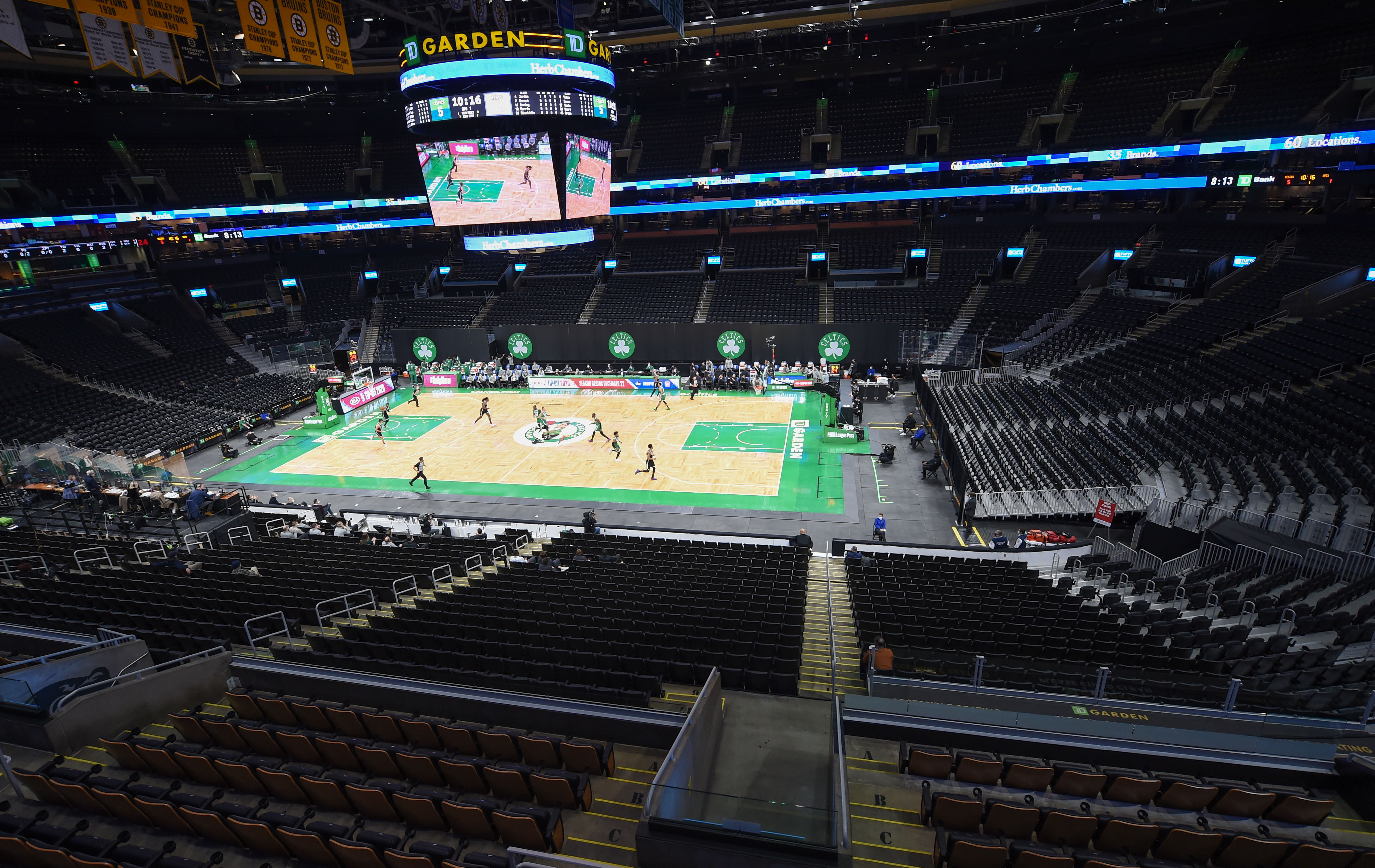 The Boston Celtics were back in the Boston Garden, facing an opponent for the first time since March and it was… different.

“It is unique, but it was a great feeling last week to walk back into the Garden,” Brad Stevens said before the game. “I think we all look for these little tidbits of normalcy. It’s obviously a really tough time everywhere over the last nine months. I hadn’t been back in the Garden since March 8th or 9th, and so it was special to walk in last week, and I think everybody that didn’t get a chance to come in last week – whether it’s the media contingent that’s here, whether it’s people that are doing a different role for the Celtics that are part of this probably felt the same way I did last week. It’s a special place.”

It certainly was nice from my standpoint to walk through those North Station doors and make my way into the Garden. Standing at the top of the steps and looking down at that floor felt good. But it was certainly different. Here are a few things I saw to help give you a taste of what it was like.

Walking into the Garden, you immediately get how different all of this is. It’s not just that there are no fans, it’s that the entire floor level has been turned into, essentially, a TV studio. The Celtics set up backdrops behind the bench to block the empty seats, which you saw on the broadcast. Here’s how it looked to me:

This is going to be interesting pic.twitter.com/erv3im5GyF

As you can see on the jumbotron, the lower level is red zone access. I had yellow zone access, which basically kept me up in the loge level. Usually I can walk down to the floor and mingle with coaches and whomever is down there.

One of the people down there was Evan Turner, who is now officially an assistant coach for the Celtics. It was cool to see his reactions to some of the media members he recognized.

The TV broadcasters had their own special platform. ESPN and NBCSN Boston each did their broadcasts from here.

And now to the part where you really lose the energy in the building. The players coming out of the tunnel and the player introductions were… lackluster.

This really is to be expected, right? They’re not going to produce a big video for no one in the building. And to top it off, regular Celtics PA guy Eddie Palladino wasn’t there last night, so longtime PR chief Jeff Twiss handled the responsibilities.

Once the game started, there was pipe-in background noise from speaker situated in the stands. I was looking forward to hearing more of the sounds of the game, but that drowned it out.

One thing I got to see, which I missed covering the games remotely, is all the ancillary stuff that happens on the sideline. Kemba Walker was constantly up and chattering with teammates about what he saw and what should have happened. Tristan Thompson had a coffee. Marcus Smart was talking to everyone.

One particularly interesting moment came late in the game when Carsen Edwards missed a shot shortly before a timeout. When he came back and sat down, Smart came over to him and was clearly telling him to calm down and get out of his own head. Smart pointed to his own head a few times, mimed Carsen’s super-quick release on the shot he missed, and then demonstrated the calmer, smoother motion he should have used.

People say Marcus Smart should be captain. I say he already is, and you can see it on the sidelines.

The Celtics were certainly lacking energy last night, and it was a night where the crowd might have been able to give them a little extra juice. Maybe some hyped up intros with all the accoutrements of a typical game would have helped. Certainly some actual fans in the house booing Kyrie Irving and going nuts for a Celtics run would have pumped them up.

“We hope to get to that point at some point throughout the season,” Stevens said. “But these gyms that you get a chance to play in and coach in are special when there’s no one there. They’re just really special when packed.”

And that’s the biggest part of the experience that’s missing; the feel of a packed Garden going nuts. I don’t want to call this building just another gym, but it might as well be without the fans there. The banners in the rafters and the parquet give me the visual clues to remind me where I am, but there’s just no buzz. I might as well have been watching a practice scrimmage.

It’s going make things tough this season. The Celtics are going to have to bring their own energy to these games. It’s going to make energy guys off the bench even more important this year because there just won’t be an adrenaline boost from the building.