Your Morning Dump… Where the Celtics begin their season in four days, but they’re not ready 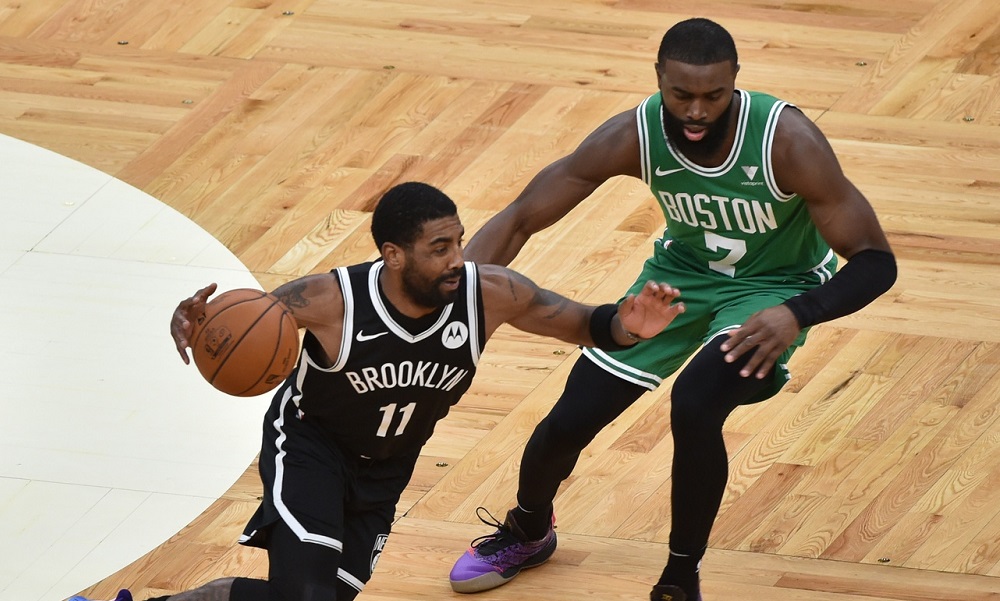 Your Morning Dump… Where the Celtics begin their season in four days, but they’re not ready

Maybe the Boston Celtics will throttle up when the real games start. Maybe having Jayson Tatum on the floor for upwards of 40 minutes per game will mask some of the deficiencies that have otherwise been glaring in an abbreviated preseason.

But the fact of the matter is that it’s difficult to be optimistic about where the Celtics stand entering the 2020-21 regular season.

Friday night provided a double dose of gut punches as not only was Boston’s effort incredibly uninspired in its final tuneup but the rival Brooklyn Nets looked every bit the legitimate Eastern Conference contender they’ve been billed with the return of Kevin Durant.

NBC Sports Boston: Forsberg: A lot of work ahead for these Celtics

Preseason games aren’t about wins and losses. They’re not even necessarily about the ball going through the hoop or stopping the other team. It’s mostly about showing progress and effort. Boston did neither. […]

The effort issues are magnified by the short turnaround from a disappointing end to the Eastern Conference Finals. Fans want linear improvement, and see this team as a contender who should be roaring into this season with chips on their collective shoulders after that Miami series. Seeing them look sluggish is, to put it mildly, off-putting to many who were hoping to see more urgency from this team right away.

MassLive: Boston Celtics chemistry, effort lacking in preseason: ‘We’re not even close to that group that was in the bubble’

There are so many red flags in those two media reports. Kind of scary. How was the shooting last night?

The Celtics struggled mightily from 3-point range in their preseason opener vs. the Philadelphia 76ers (28.2 percent), so how did they respond on Friday night? With an even worse performance from beyond the arc.

Oh. Was there anything good?

For the Celtics, the most encouraging aspect of this game was that it did not count. These teams will meet again on Christmas, and if the result is similar, there will be more cause for concern. […]

The Celtics are playing just two preseason games, the league minimum, and it’s unclear whether that’s good or bad. Maybe they could use more time to tune up, or maybe they just need real games to show their best.

But what is clear is that the two losses this week were not pretty. Boston has appeared sluggish and disconnected, and has been unable to establish any real rhythm. Kemba Walker’s absence is a significant part of that, but he’s sidelined indefinitely, so sitting back and waiting is not really an option.

Globe: Observations after Nets put on quite an exhibition in blowout of Celtics

Yikes. Maybe they are back too soon. Maybe they can’t get it going without their all-star point guard or new big man Tristan Thompson. Or maybe (ugh!) they’ve regressed while other East contenders have improved.

Whatever the case, the Celtics look awful. Last night was a legit blowout. The regular season starts in four days, with home games vs. the Bucks and these same Nets, then two consecutive games in three days at Indiana. A failure to show up would be very costly.

Some other notes about last night:

OK, that’s mostly bad news, but so was the entire game. We don’t know what to expect come December 23, which Brad Stevens acknowledged in the postgame:

“We’ll know more on Wednesday,” said Stevens. “Obviously, we haven’t played well in the majority of these two games. And certainly our first group has not played well — or just generally the guys that are going to play the share of the minutes. So we’re going to have to make sure we get a lot better and get ready for Wednesday. We’ve got a really good team, Milwaukee, coming in. At the same time, these games are exhibition games for a reason, so we’ll learn from them and move on.”

As usual, Brad’s outward demeanor is much more calm than mine and, I’d wager, most of Celtics Nation. Have to hope the coach is right.

On Page 2: Back at the Garden

The Celtics were in their home gym for the first time in nine months. It was different.

I feel like Johnny Most tonight. I’m high above court side but I’m even higher than he was. Birds eye view of our #celtics.

Just happy to be back… pic.twitter.com/Oz0amqeFRf

No fans in the stands meant bad news for the Celtics. The Cs sorely needed the emotional boost that the typically wild Garden crowd would’ve provided. In the bubble, they found the energy to play effectively in an empty arena. They’d better do it again right now.

By the way, line of the night on the NBC Sports Boston telecast:

Perk: “If fans were in the Garden, this would be a totally different game.”

Sorry to dredge up memories of the Kyrie Experience, but this happened.

Kyrie is back in Boston, burning sage before the Nets face the Celtics:

Last night was the first time Kyrie had been back in TD Garden since he bolted the Celtics in 2019. He said later the sage burning is something he’s done elsewhere, too, to cleanse the court of negative energy or something. Of course, it’s not that simple to loyal Celtics fans.

As one of those fans, I defended Kyrie through all of his incidents, from yelling at Hayward for a botched inbounds play to the flat earth nonsense to his public criticism of the younger players to his claim that everything would be all right in the 2019 playoffs simply because he’s Kyrie Irving. But in the end, he didn’t back it up. In the nine postseason games he played for the Celtics, he shot a terrible 38.5%. Worse than that, he blatantly didn’t care during the Bucks series. He had already checked out, and if there’s one thing you can’t do to Boston sports fans, it’s quit.

What came to mind when watching that video above: Kyrie might believe he’s special, but his shit stinks just like everyone else’s. No amount of burning sage can cover that up.

MassLive: Marcus Smart impressed by Boston Celtics rookie Payton Pritchard: ‘his IQ is through the roof’

The Athletic: As Jayson Tatum starts anew, he is now the biggest star in Boston sports world