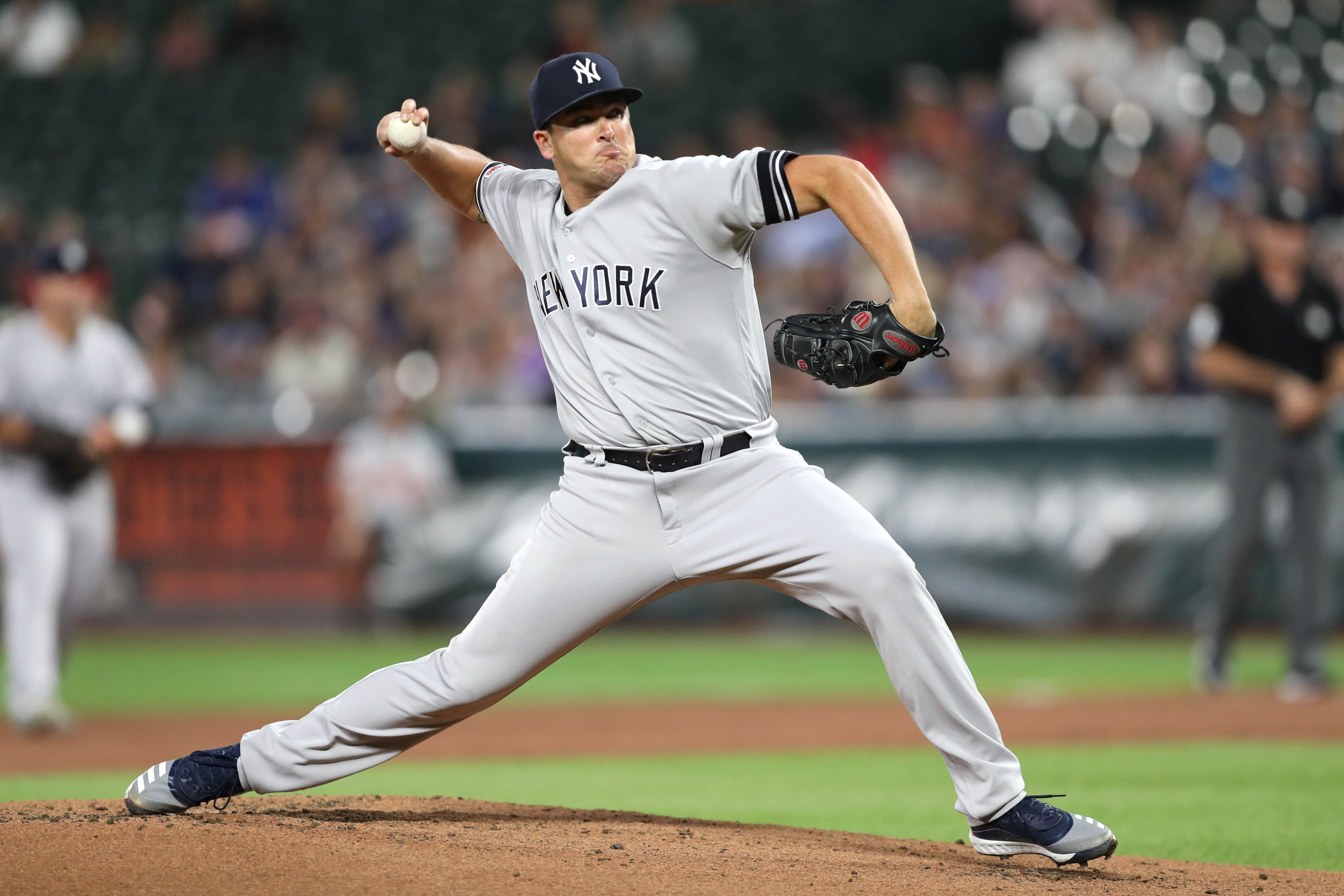 The Chicago Cubs signed relief pitcher Jonathan Holder of Gulfport, MS from the New York Yankees to a one-year contract worth $750,000 according to Spotrac on Thursday. Holder had been with the Bronx Bombers the last five seasons since 2016.

It is a little surprising that Holder won all three of his decisions despite a high WHIP. However, he was able to beat the New York Mets 5-2 on August 30, the Baltimore Orioles 6-5 on September 4, and the Orioles again by a score of 2-1 on September 12.

Initially selected in the sixth round, 182nd overall, by the Yankees in the 2014 Major League Baseball Draft, Holder played at the National Collegiate Athletic Association level with the Mississippi State University Bulldogs from 2012 to 2014. He was simply sensational in his three seasons with the Bulldogs. Holder had a record of 11 wins, two losses, an earned run average of 1.59, 191 strikeouts, and set a Bulldogs franchise record with 37 saves.

In 2020, Holder pitched in his second career postseason game. He was on the mound in the seventh inning of game two of the American League Divisional Series. The Yankees lost 7-5 to the Tampa Bay Rays, but Holder threw a perfect inning with a strikeout.

It will be interesting to see what the Cubs do when it comes to the closer role in 2020. Craig Kimbrel has been a bust so far in the Windy City, as he has an earned run average of 6.00 in 41 appearances with the Cubs over the last two years.