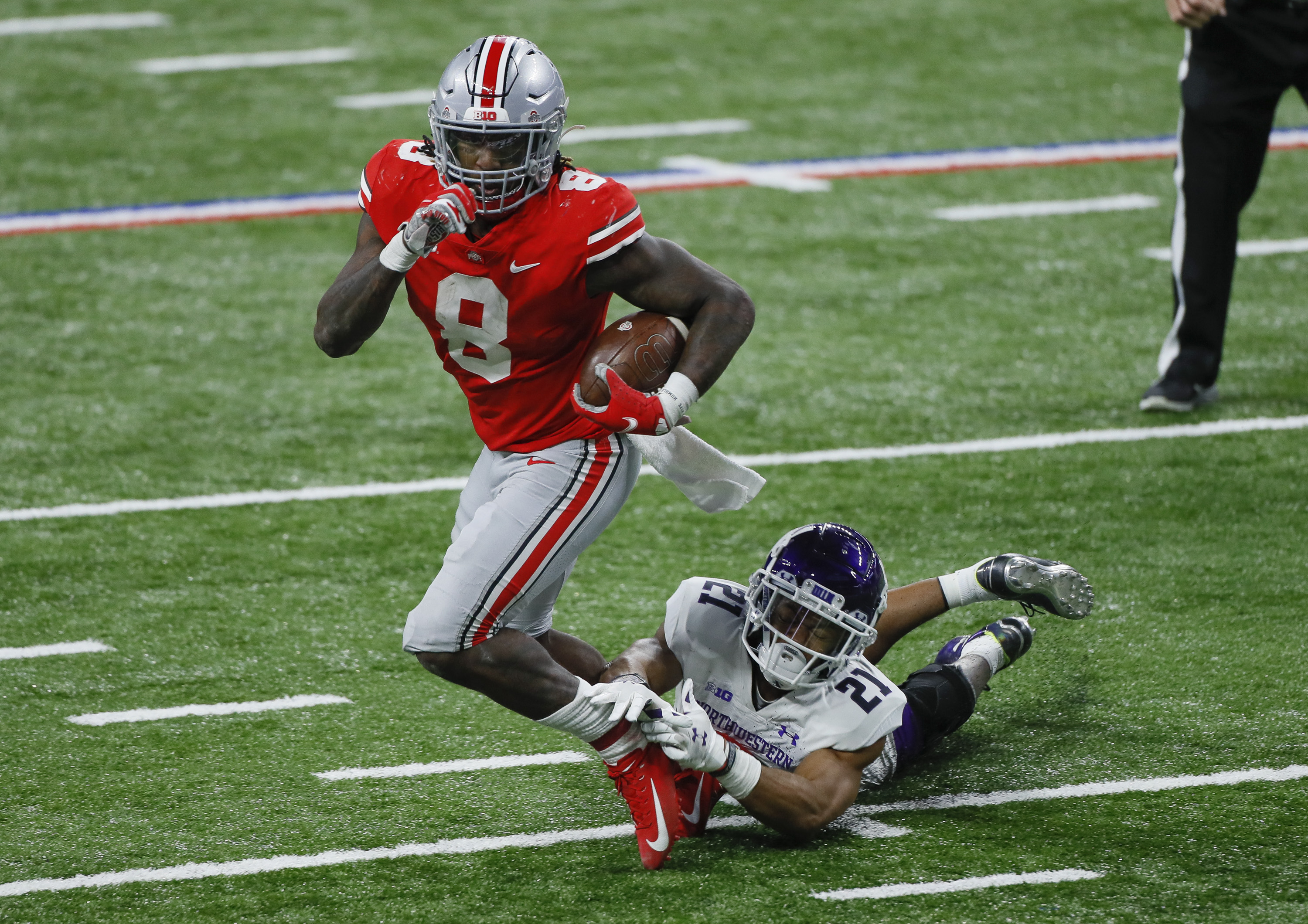 However, Harris was not the only Alabama offensive force to steal the show. Wide receiver Devonta Smith set the Crimson Tide record for all-time receiving yards (3620), and set the Alabama record for most catches in a game with 15. However his biggest catch of the night would not be considered an official catch. Smith caught the Gators onside kickoff attempt, to preserve the Crimson Tide win.

In Indianapolis, Sermon of Marietta, GA, set a Buckeyes single game record for rushing yards with 331. It was also the most rushing yards in any conference championship game in College Football history.

One other team in NCAA Football is undefeated. That is the Coastal Carolina Chanticleers. However, they had their game against the Louisiana-Lafayette Ragin’ Cajuns cancelled on Saturday due to coronavirus. The Chanticleers and Ragin’ Cajuns were to play for the Sun Belt Conference Championship.