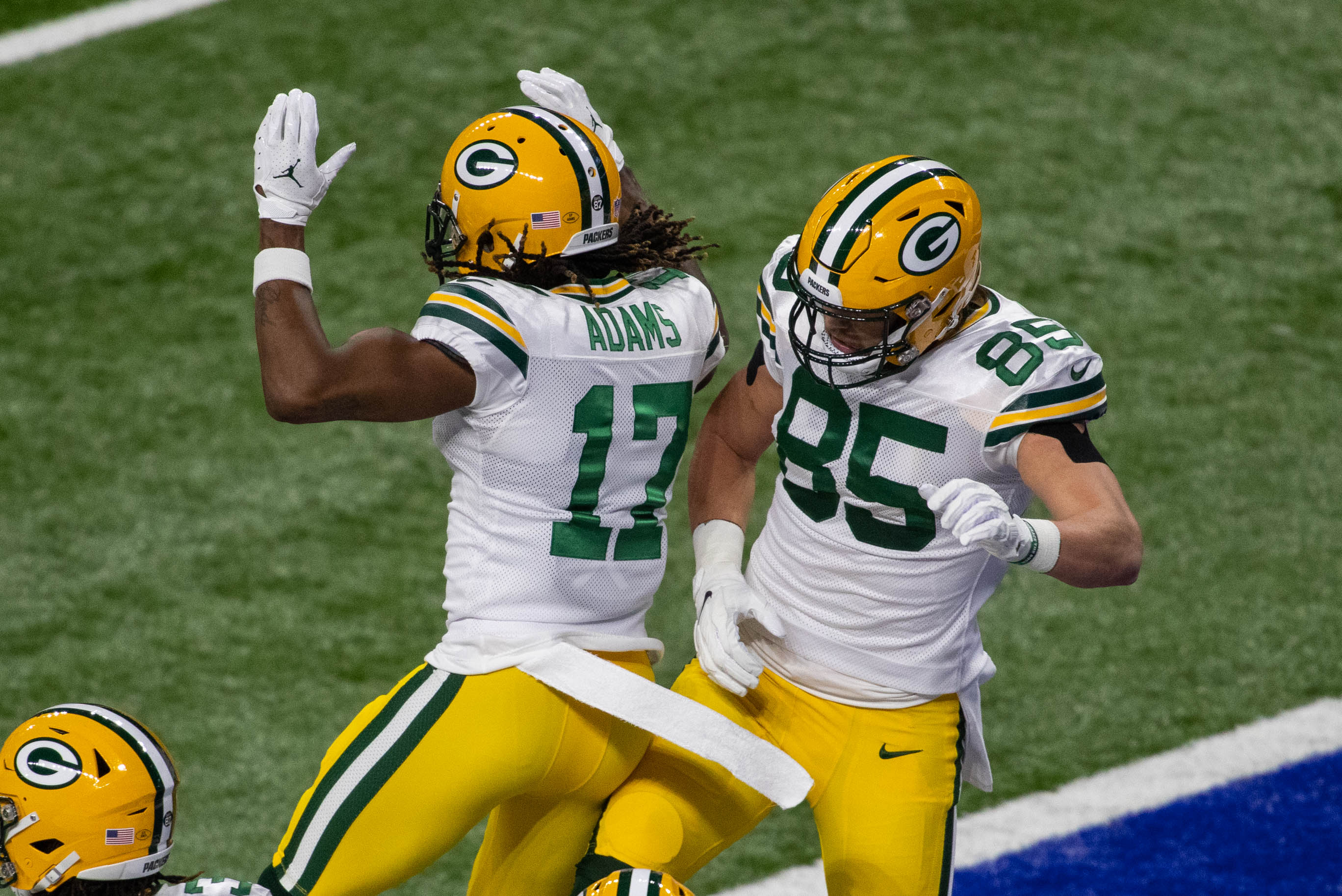 The NFL announced its Pro Bowl squads for 2020 (even though there won’t be a game this year due to Covid-19) and the Packers have seven players who earned Pro Bowl honors. Still, there are two Packers who deserved Pro Bowl honors but were left off the team.

These seven players all deserved the honor of being selected to the NFC Pro Bowl team. Rodgers is having an MVP-caliber season while Bakhtiari, Adams and Alexander all grade out as the best at their position or close to it. Za’Darius Smith is in the top three in the league in sacks and was noticeably snubbed from the squad a year ago when he had an even better season. Jenkins built on his strong rookie season by starting at three different positions for the Packers this season along the offensive line and helping the line to be one of the best in the league.

But two very deserving Packers were left off the team in favor of players with less impressive credentials.

Tight end Robert Tonyan was not honored by a Pro Bowl selection despite taking his game to another level and having comparable statistics to the Pro Bowl choices. The two players named to the NFC squad were Detroit’s T.J. Hockenson, who was named as the starter, and Evan Engram of the New York Giants.

Hockenson is deserving of Pro Bowl honors. The former Iowa star has 60 catches this season for 675 yards and six touchdowns. Hockenson also grades out well as a run blocker and is rapidly developing into a future star in his second year in the league.

But Tonyan has a strong case to make the Pro Bowl over Engram. When you compare the two players statistically, Tonyan has had a better overall season. Engram has 54 catches in 95 targets for 572 yards and one touchdown. Tonyan has 49 catches in 55 targets or five fewer than Engram, but he has 551 yards and 10 touchdowns. Yes, Tonyan is playing with a far superior quarterback, but he has roughly the same number of catches, a better average per reception and 10 touchdowns to Engram’s one. He also has 49 catches in 55 targets which is a far higher percentage than Engram.

Meanwhile, center Corey Linsley was snubbed from the NFC Pro Bowl squad in favor of Jason Kelce of Philadelphia and Frank Ragnow of Detroit.

Unfortunately, offensive linemen do not have many traditional statistics that stand out in the minds of fans voting. Most people only notice offensive linemen when they are beaten badly for a sack or are called for a penalty. Therefore, the Pro Bowl often comes down to a player’s reputation. Honors are often earned a year or two after a player truly establishes himself as one of the league’s best players.

Linsley is a smart, hard-working center who is enjoying the best season of his NFL career. He calls the signals for the Packers offensive line and grades out strong as both a run blocker and a pass blocker. The former Ohio State star has good mobility and does a good job of making blocks on the second level on screens, sweeps and pitches. He has also not been penalized at all this season, an impressive accomplishment for an offensive lineman.

The biggest reason Linsley failed to earn Pro Bowl honors this season is that he suffered a knee injury in the Packers Week 12 game against the Bears and is presently on the injured reserve. He has missed three games this season because of the injury and the Packers are still not sure when he’ll be available to return to the lineup.

This shouldn’t be a factor this season as the Pro Bowl game won’t even be played because of the pandemic and whatever activities the league has planned will be virtual. As a result, the injury wouldn’t stop Linsley from participating.

The Packers should be proud that seven deserving players earned Pro Bowl honors. But Linsley and Tonyan were certainly deserving of those honors as well.