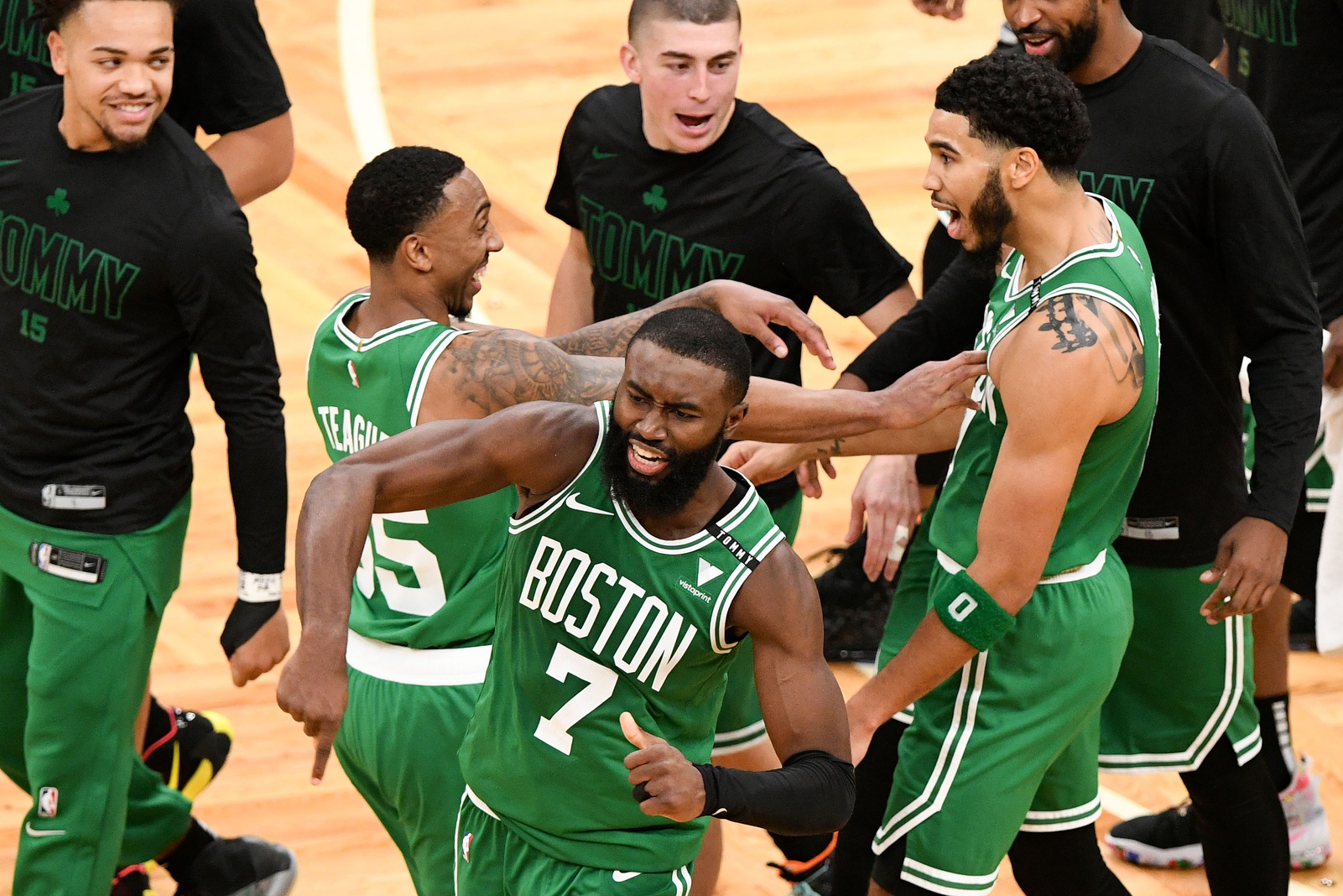 GOD DAMN! What an opening night!!

The referees tried to steal this dramatic win from the Celtics but the reigning TWO-TIME MVP missed a free-throw with the game on the line. The final score: Boston 122 Milwaukee 121.

Sure, the Celtics pissed away a 17-point lead in the 3rd quarter. But that’s life in the NBA. They fought and got whole lotta luck when Jayson Tatum BANKED a 25-footer in Giannis’ face with 0.4 seconds remaining. As I stated previously, the officials GIFTED Giannis’ free throws after calling an absurd foul on Tristan Thompson as Jrue Holiday heaved a lob at the rim. Never UNDERESTIMATE the ability of an NBA official to thrust himself into the spotlight and f-ck up a game.

Jaylen Brown with the chase-down block into a… Semi Ojeleye euro step?!?! pic.twitter.com/nXI1x4ucFV

Jaylen Brown pulling up from deeeep. He's been very good in these non-Tatum minutes for Boston. pic.twitter.com/jAjgEGGigu

Jaylen will not be stopped pic.twitter.com/R4zpnps9Jr

Marcus Smart has taken three charges on Giannis. Because of course.

Boston closes the third with a 27-14 run, thanks to a quick surge from Jayson Tatum, and goes into the fourth with a 101-84 lead. Tatum has 21 and 5, while Jaylen Brown has 25/5/4. Jrue Holiday has been great, but Boston has done a good job bottling up Giannis so far.

Tatum has been laboring since the first half. He has been favoring his right calf. #Celtics #Bucks

The full #Celtics experience so far:

JT with the score over Giannis pic.twitter.com/4IKtTUY7na

Teague can do it all pic.twitter.com/Vd4OCexsgC

HAIL MARY FULL OF TATUM THE LORD IS WITH THEE pic.twitter.com/SguGAngtyS

Brad Stevens on Tatum's game-winner: "Tatum's a good offensive player. He can get his shot up. It was a well-challenged shot. It was a well-defended shot. Guess we were lucky it went in."