On January 3rd, just a week from Sunday, training camp will open for the Edmonton Oilers and the other 23 teams involved in the NHL’s ‘Return to Play’ over the summer. On January 13th, the 2020-21 NHL season will open. Later today, we’ll see the official schedule, but it’s safe to say that camp and games are going to happen quickly.

It wouldn’t be a shock if the Oilers played their 56 regular season games in a span of roughly 110 days. That’s a lot of hockey in not a lot of time.

Training camp is going to be less than two weeks, and with no exhibition games it will be near impossible to truly evaluate. Sure, head coach Dave Tippett is likely to hold a number of scrimmages, but its going to be practices and then right into game action.

The good news? The roster will be “expanded” this season.

Each NHL team will play with a 23-man roster under an $81.5 million salary cap. Each team will also be allowed to carry between four and six additional players that will travel and practice with the team as an additional precaution against lineup spots that could be vacated by COVID-19 protocols.

Essentially, it’s your normal roster with an extra four to six guys practicing with the team and travelling in case of a COVID outbreak. All teams must also have three goalies with them at all times.

So, what will the Oilers’ roster look like this season? We know Oscar Klefbom will be lost for the season, but there are plenty of other questions to answer.

There are no surprises in the top-six. Ryan Nugent-Hopkins and Connor McDavid were put together in the play-in series as Tippett looked to add a two-way presence to 97’s line. I don’t think he’ll give up on that experiment quite so easily. Zack Kassian remains with McDavid thanks to his strong first half last season and the hope that he rebounds after a rough second half and playoff.

Newcomer Dominik Kahun has a history with Draisaitl, and starts the season with the reigning MVP and Kailer Yamamoto. I could see Kahun and Nugent-Hopkins switching spots during the season as well, depending on chemistry.

Tyler Ennis was re-signed to play a top-nine role, while Kyle Turris was added to replace Riley Sheahan as the club’s third-line center. Puljujarvi, back after a season in Finland, is also a roster lock in my estimation. I don’t think Holland and Tippett brought him back for a fourth-line role either.

For the first time in what seems like ages, the Oilers could have a solid third-line that can outscore opponents at five-on-five. It could be a key to any success this season.

James Neal was strong in the ‘Return to Play’ and jumps in with Gaetan Haas and Josh Archibald. It’s possible the fourth line will actually include scratches Alex Chiasson and Jujhar Khaira instead of Haas and Archibald. The Neal-Khaira-Chiasson line was strong against the Blackhawks in a depth role.

Regardless, those 14 forwards are likely to be on the roster baring any kind of trade.

Defensively, Darnell Nurse and Caleb Jones will be tasked with anchoring the top-four of the left side with Klefbom out. Kris Russell and young William Lagesson should provide solid depth, and it wouldn’t be a shock if the Oilers made an addition here.

On the right side, incumbents Ethan Bear and Adam Larsson return, while Tyson Barrie adds an element of mobility and will take a majority of the powerplay minutes.

In goal, Mikko Koskinen and Mike Smith return for a second season after Holland tried and fell short on upgrades. This could be an area that gets addressed via trade this season. It would not be a shock if a team like Arizona moved on from someone like Antti Raanta ahead of the trade deadline in April.

It also wouldn’t be a shock if someone like Jimmy Howard or Ryan Miller showed up to camp on a PTO now that three goalies are required to be with the team at all times. 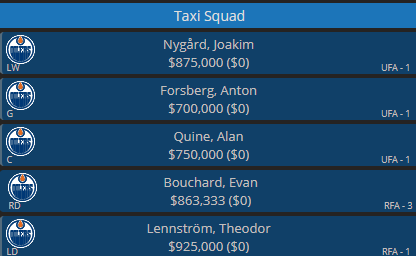 I’ve elected to keep five players on the ‘taxi squad’, leaving room for an addition. Forsberg fills the requirement for a third goalie, and it wouldn’t surprise me if he got some NHL time this season due to ineffective play from Smith.

At forward, Joakim Nygard and Alan Quine stick around. Quine is an impact player at the AHL level, but at this stage of his career is more of AAAA player. Nygard is a speedy and skilled forward, but struggled to stay in the lineup a season ago due to injury. Quine and Nygard both fills potential roles, with Quine being a Darkhorse to earn the fourth-line center job out of camp.

Adam Cracknell, signed in the fall, is also a possible candidate for employment here.

Defensively, Evan Bouchard and Theodor Lennstrom start on the ‘taxi squad’. Bouchard was outstanding for AHL Bakersfield from January on last year, and has dominated in Sweden during his loan. He’s a player that could earn NHL minutes and never look back.

Lennstrom, a veteran European defenseman, makes perfect sense to practice and learn the North American game on a ‘taxi squad’.

If the AHL season starts as expected on February 5th, Bouchard could find himself back in California at least to start. 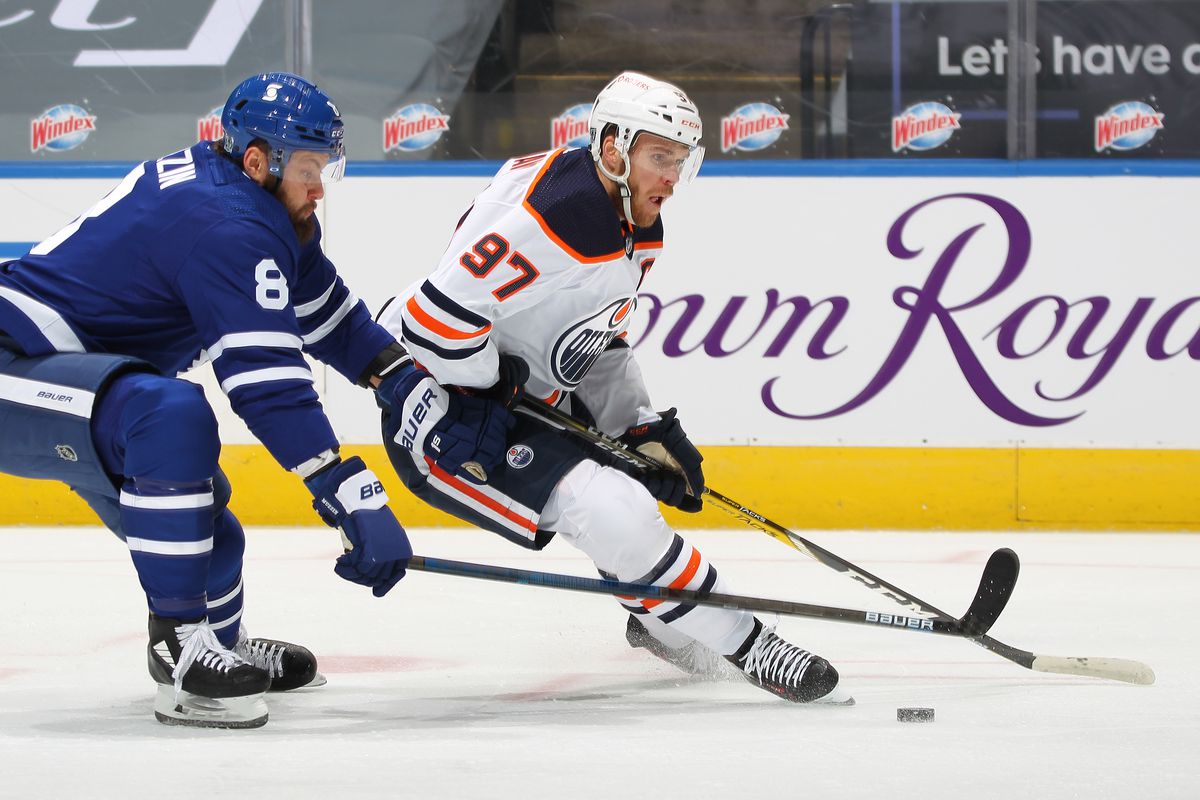 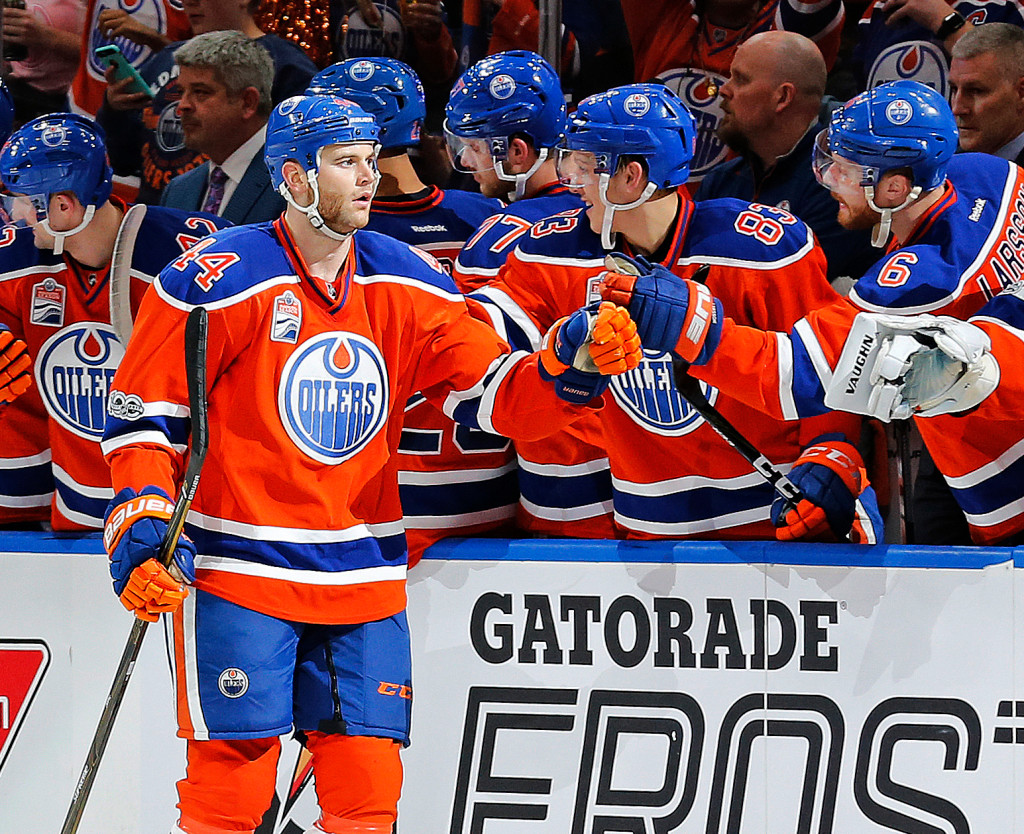 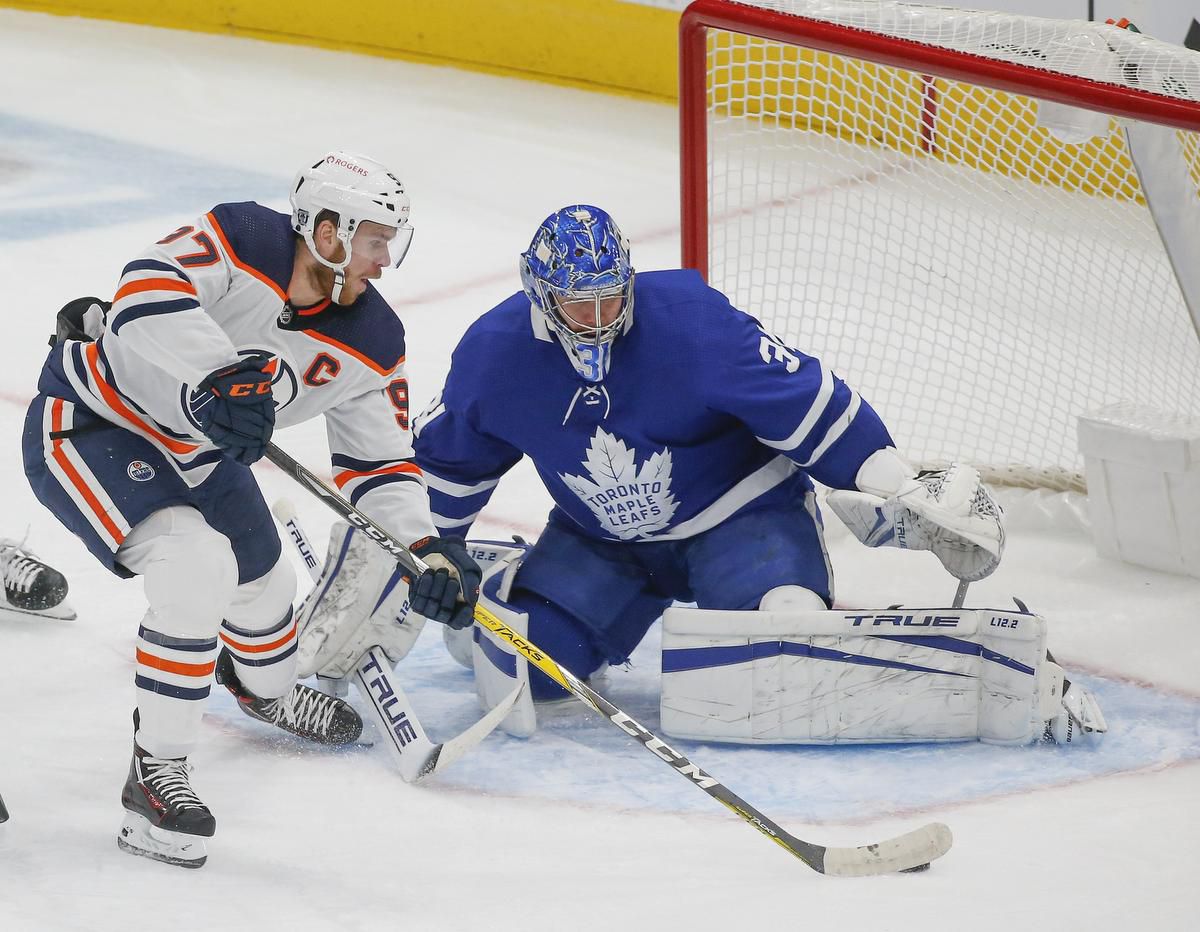