Film Review: The good and bad of Wizards' defense 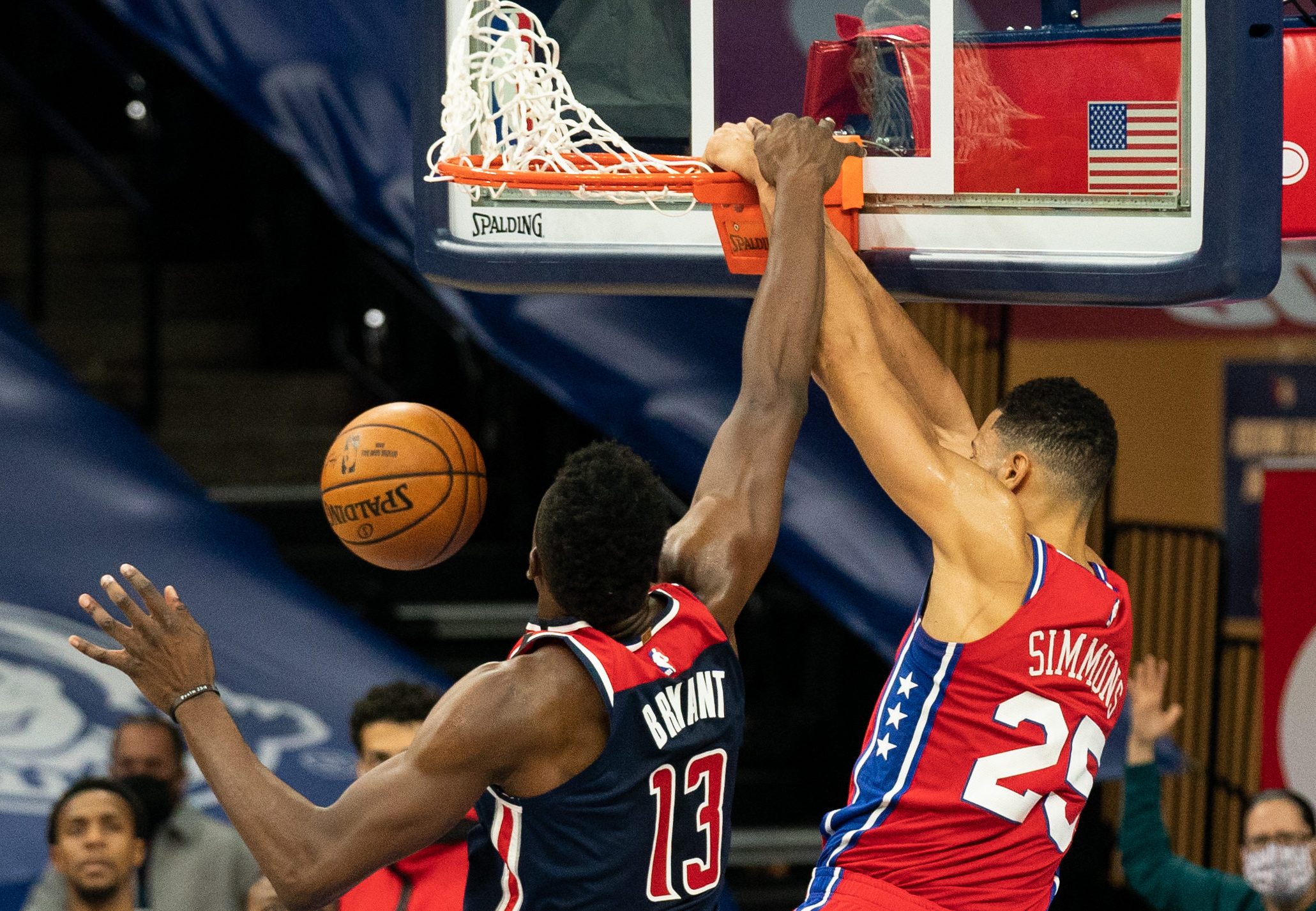 Film Review: The good and bad of Wizards' defense

The Washington Wizards fell in their season opener against the Philadelphia 76ers on Wednesday night, 113-107. Davis Bertans had a minutes restriction due to conditioning and Rui Hachimura missed his first of at least 10 games with a severe case of pink eye. Despite that, we saw Washington’s highs as well as their lows and it was all related to defense.

In the third quarter, the Wizards held the 76ers scoreless for nearly six minutes to start the second half. It started with sound defensive IQ from Isaac Bonga, which is something that was a key difference in these two separate stretches. Washington’s game plan was to force Joel Embiid to beat them through double teams or by finding a teammate to beat them. When utilized properly as was the case here with Deni Avdija, it forced a turnover.

The Wizards again force the ball out of Embiid and will live with a contested 3-point attempt from a career 36 percent shooter in Tobias Harris. When possible Washington did their best to deny Embiid from even getting the ball leading to an Avdija steal.

With Thomas Bryant and Russell Westbrook still in the backcourt peeved about a missed transition opportunity, the 76ers got a quick 3-point attempt. Avdija made sure it was one shot and done by putting the 7-foot, 280-pound Embiid on the floor. Even Bonga, who has put on a little more muscle this offseason, showed admirable battle against the All-NBA center.

If you are catching onto the theme of Washington’s early third quarter defensive success it was being physical and making Joel Embiid’s life difficult. The 76ers big had to throw a chicken wing to try and get around Bryant that the officials did not miss.

Washington was not going to hold Embiid down all game as Philadelphia made the right adjustments allowing the center to pour in 15 of the team’s 40 fourth-quarter points. Embiid did work against Robin Lopez (two fouls drawn, a bucket at the rim, and a jumper) as well as Thomas Bryant (tough jumper, tough bucket at the rim, and one bully ball to the rim) and that is to be expected. But the Wizards still had other aspects where they let themselves down in the fourth quarter.

Russell Westbrook’s turn to double team Embiid and it is not overly aggressive or successful leading to an open 3-point shot for a 40 percent shooter last season. Then Bradley Beal allows himself to get disconnected from his man for half a second and that is all Philadelphia needed to execute a fine baseline out of bounds play.

A theme of the fourth quarter defense was Westbrook getting beat. Some of it was good design by the 76ers, but some of it was carelessness of losing sight of where your man is. Ben Simmons got multiple easy chances at the rim because of it.

Another instance of a less than aggressive fight through of a screen by Westbrook providing little resistance to Simmons getting to the rim. The dagger play at the end is less on Westbrook as Beal and Bryant both went to the same man leaving an on-fire Embiid open putting Westbrook into a gamble situation.