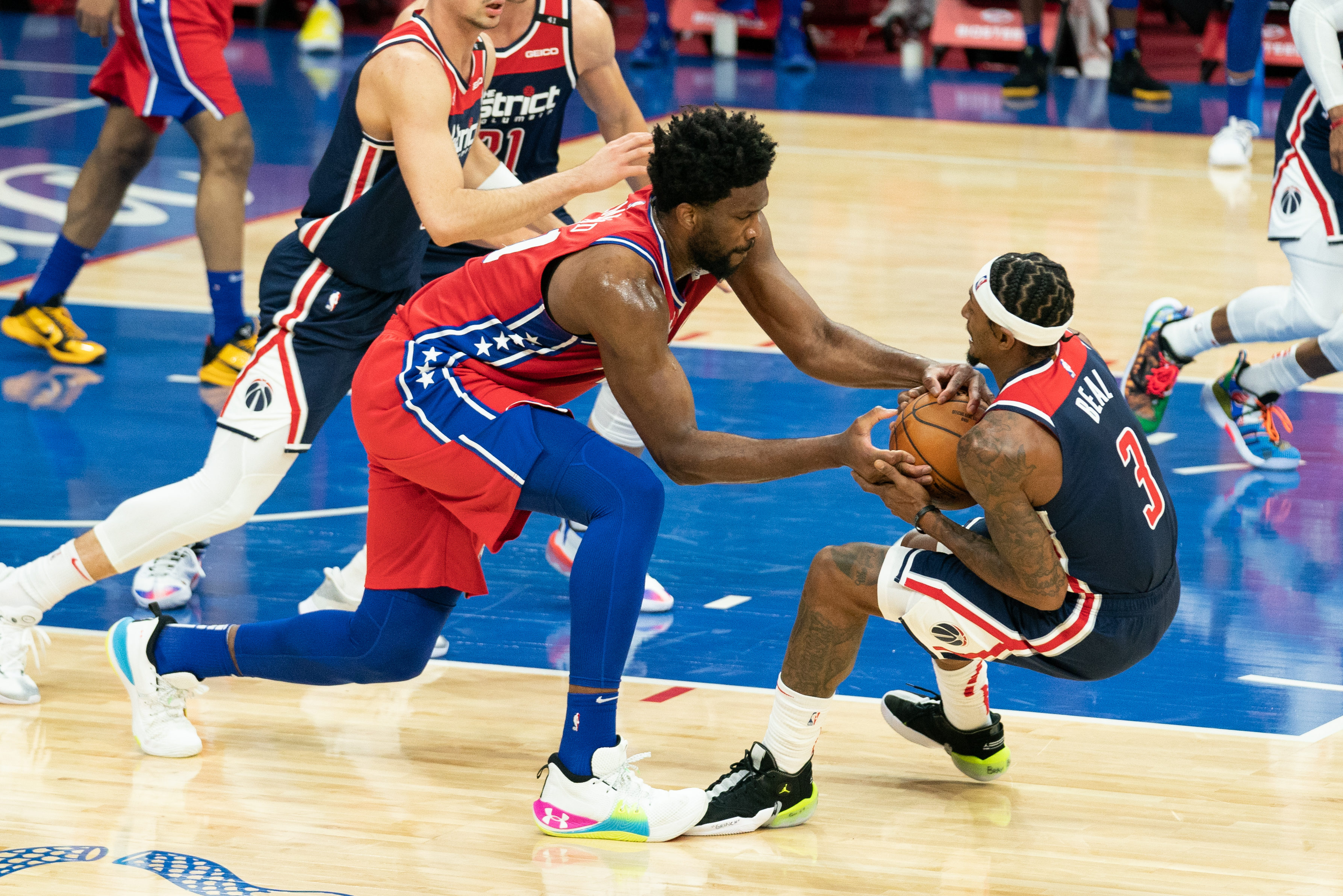 The Washington Wizards are going to be one of many entertaining teams in the NBA this season they showed that in their season opener, going toe-to-toe with the Philadelphia 76ers, a conference contender. Here are five takeaways from the loss plus post-game media availability with Scott Brooks, Bradley Beal, Russell Westbrook, and Deni Avdija.

Preseason minutes are nice, but for the first time of meaning, Russell Westbrook suited up for the Washington Wizards. The energy and intensity were there throughout the game as Westbrook was seen pumping up his teammates. Unsurprisingly, Westbrook recorded a triple-double in his debut and is now just 14 away from tying the franchise record held by Darrell Walker. Not a great shooting night, going 9-for-22 from the field for 21 points, but Westbrook packs the stat sheet with 15 assists and 11 rebounds in 36 minutes. It will take time before Washington and Westbrook are fully clicking, but they are already well on their way.

When the 19-year old fell into the Wizards’ lap in last month’s draft, one of the attributes they were most excited about was Avdija’s incredible work ethic that was created in Israel. That has translated to Washington where the incremental, day-by-day progress being made is enough for the Wizards to see Avdija grow as a starter. A quiet scoring night with just seven points, Avdija made both of his two shot attempts from the field, both three-pointers (so that should finally silence any questions about his shot). More impressive was his fundamental basketball whether it was a strong box out vs. Joel Embiid or a dime to Bradley Beal cutting down the paint.

The two-time All-Star guard did not like the notion that he is a poor defender. He feels that a lot of that was due to how bad Washington was defensively as a team last season although he admitted that he was terrible on help defense and transition defense as well as displaying poor body language on the court. Beal’s four steals are what you can see from the box score, but overall his defense was strong as he looks to define himself as an elite two-way player. It is easy to do once and Beal spoke to the increased accountability surrounding him this season, but the following 71 regular-season games will tell.

As if the Wizards have not had poor injury luck for the last decade, Hachimura remains sidelined for at least a couple more weeks with a severe case of pink eye creating a vacancy at the starting power forward position. Bonga received the first opportunity to fill in, but Brooks made it clear that it will be filled by committee. Bonga’s defense against a lengthy 76ers lineup with Ben Simmons may have been a factor. Davis Bertans on a minutes restriction of 20 may have been as well. Anthony Gill did not see any playing time and Bonga only played 17 minutes. The 21-year old had five points, three rebounds, two assists, and two steals.

Brooks is still tinkering with his rotation and staggering Beal and Westbrook, but the Wizards cannot continue to have limited production from their bench that has been their demise throughout much of the John Wall era. The lineup of Ish Smith, Raul Neto, Troy Brown Jr., and Robin Lopez with Westbrook doesn’t show much to be desired for. Those four were a combined -74, while on the other side, the 76ers got 19 points and a +33 performance from Shake Milton off the bench.