Your Morning Dump... Where 'The Jays' show that this is their team 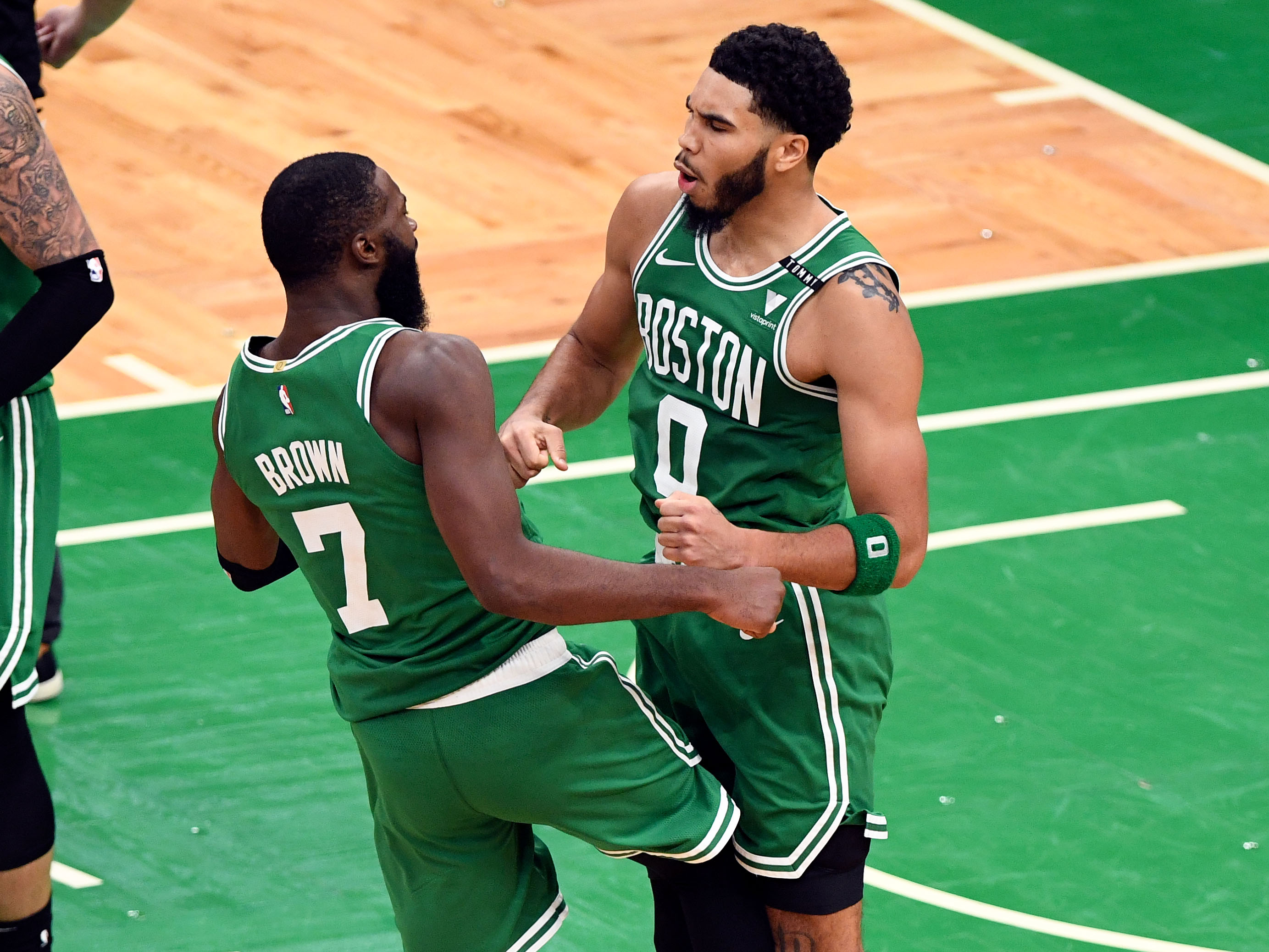 Your Morning Dump... Where 'The Jays' show that this is their team

A win is a win, right? Say what you want about luck, but the Celtics are 1-0 after some “clutch” shooting from Jayson Tatum. There were a lot of positives to take away from last night, and a good amount of things the C’s need to address if they want to be legitimate title contenders. But one thing we do know is that this team belongs to Jaylen Brown and Jayson Tatum:

The two youngsters combined to shoot more than half — 52 of 101 — of Boston’s field goal attempts, then accounted for basically all of the Celtics’ fourth-quarter offense. The other players on the team scored only two buckets over the final 12 minutes — and both came on putbacks of a Brown or Tatum miss. For Brown, some of the playmaking responsibilities were new, but he looked comfortable and confident with the ball in his hands more often. Tatum didn’t even think he played well, but he made the game-winning shot, so any earlier missteps tend to be overlooked.

I for one love the direction this team is headed. Each Jay is talented in his own way, but it’s the combination of the two that solidifies the foundation of a championship-caliber team. Stevens seems to have read the writing on the wall, and is rewarding the two youngsters for their hard work. Tatum had a usage rate of 44.2. Brown saw an uptick in his usage to 28.4. And the offense ran through them when it mattered most.

Maybe we’ve just come to expect Tatum to make the big shot like he did and he helped Boston build a big third-quarter cushion by catching fire for a bit. But the Celtics don’t win this game without Brown turning the momentum.

Ten of Brown’s 13 makes came outside of 9 feet. In the fourth quarter, he routinely came off side pick-and-rolls, got near the elbow, and pulled up in space against Milwaukee’s sunk defense.

Asked about having the ball in his hands more on those pick-and-rolls, Brown responded: “Comfortable. Just fine. It’s a new year, new season, new responsibilities, so I’m just trying to accept that challenge. And I’m looking forward to this year.”

There will certainly be new challenges. This is a very different team, but one that played well against the favorite to win the East this season. Tristan Thompson cleaned up well on the boards, and Jeff Teague looks to be more than serviceable at point guard while Kemba is out. And most importantly, it was evident in yesterday’s win that Jaylen and Jayson are taking control of the Celtics. We saw both guys take a leap in their game and maturity last season. We just might be seeing another big step this year.

On Page 2… The Celtics honor Tommy

Red’s Army (John’s stuff): Celtics were better, but Stevens seems a lot of improvement ahead | Was Tatum trying to bank home the game-winning 3 pointer?

Globe: Take it to the bank: Jayson Tatum starts slowly but finishes strong in season-opening win vs. Bucks

BSJ: Jayson Tatum and the Celtics show a promising crunch-time shift in opener

NBCSN: Teague is just what the doctor ordered for Celtics’ bench