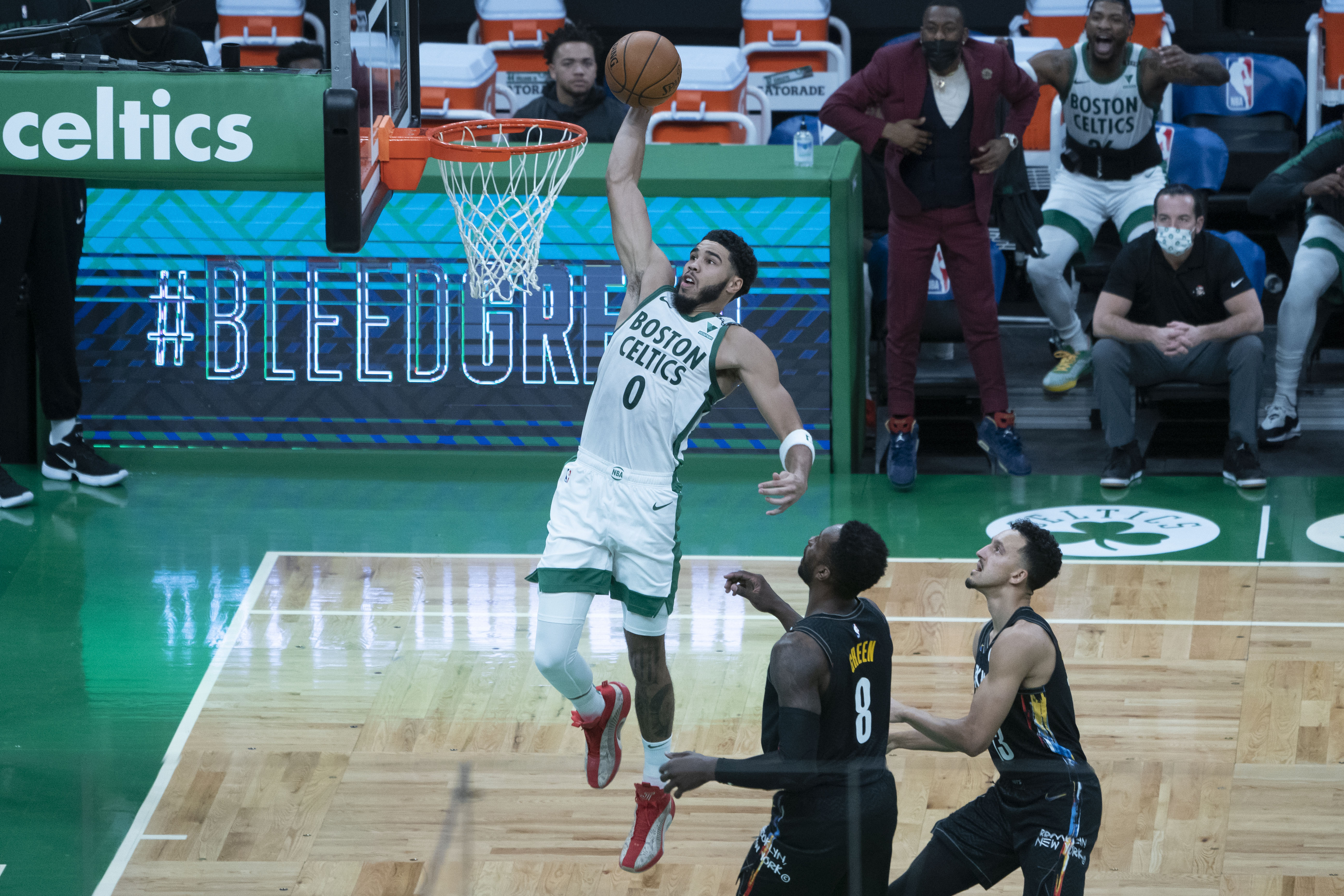 It might not seem like it by the final score, but the Boston Celtics were very much in this game for quite some time.

“The game got away from us there in the start of the fourth and they poured it on,” Brad Stevens said after the game. “That’s the thing: They’re very capable of pouring it on. I think it’s the deepest team in the NBA and quite possibly — certainly in the conversation for the best.”

That depth showed itself in the early fourth quarter where neither Irving nor Durant were on the floor but the Celtics were still held at bay. An eight point lead was stretched to13 when the Nets turned to their two stars, two of the best in the game, to close the door.

“Brooklyn did a great job of jumping actions and they’re switching all over the place,” Stevens said. “We had some good slips, some good cuts. I thought that those were — we could have had a lo more, let’s put it that way. I think we have to lower our offense. I think we have to have everybody be a little bit better and I think we will.”

There’s no doubt that Brooklyn has started out hot, and teams facing the Nets right now have to be just about perfect to beat them.

The Celtics were not.

“We weren’t getting calls our way, shots weren’t falling. They were hitting some tough shots like we knew they would,” Marcus Smart said. “It’s only the second game of the season… I like the way my guys fought. We definitely can be better, there’s a lot of things we can clean up.”

The Celtics came out playing a strong offensive game with a lot of moving, cutting, and passing. They still finished with 23 assists on their 37 made field goals, but too often the Celtics fell into old habits of devolving into individual play as the game started to slip away.

“I think their shot-making really puts a lot of pressure on us and we didn’t execute on offense as good as we possibly could,” Jaylen Brown said. “I think it definitely maybe had a little bit of an effect on us today.”

Even when the Celtics did work for good offense, they watched shots roll off the rim. As it has in the past, frustration led to Celtics mistakes.

“I think that’s what it is. You are so worried about the shots not falling, or that we’re not getting certain calls or guys are just missing shots,” Smart said. “And so it’s up to us to do a good job of having a short memory and letting it go. It’s only the second game so we’re going to get better, but it’s definitely something we have to work on.”

Brad Stevens has talked about how precise and efficient the team needs to be in order to win. That precision was on display for much of the game, but not enough of it to beat one of the best teams in the league. However, considering how bad things looked on this floor, against this team, exactly a week ago, the Celtics feel alright about where they are.

“I know everybody is excited that basketball is back, and Celtics fans are looking forward to this journey, but it’s an uphill battle,” Brown said. “Every single day getting better, and that’s what leads to the best result. We don’t get too happy with winning games or losing games right now. We just have to keep up those great habits, and we’ll be in the position we want to be in as a team. We’ve got a lot of work ahead of us, looking forward to getting better. I’m excited.”