Your Afternoon Dump: Where the C's and Nets face off today 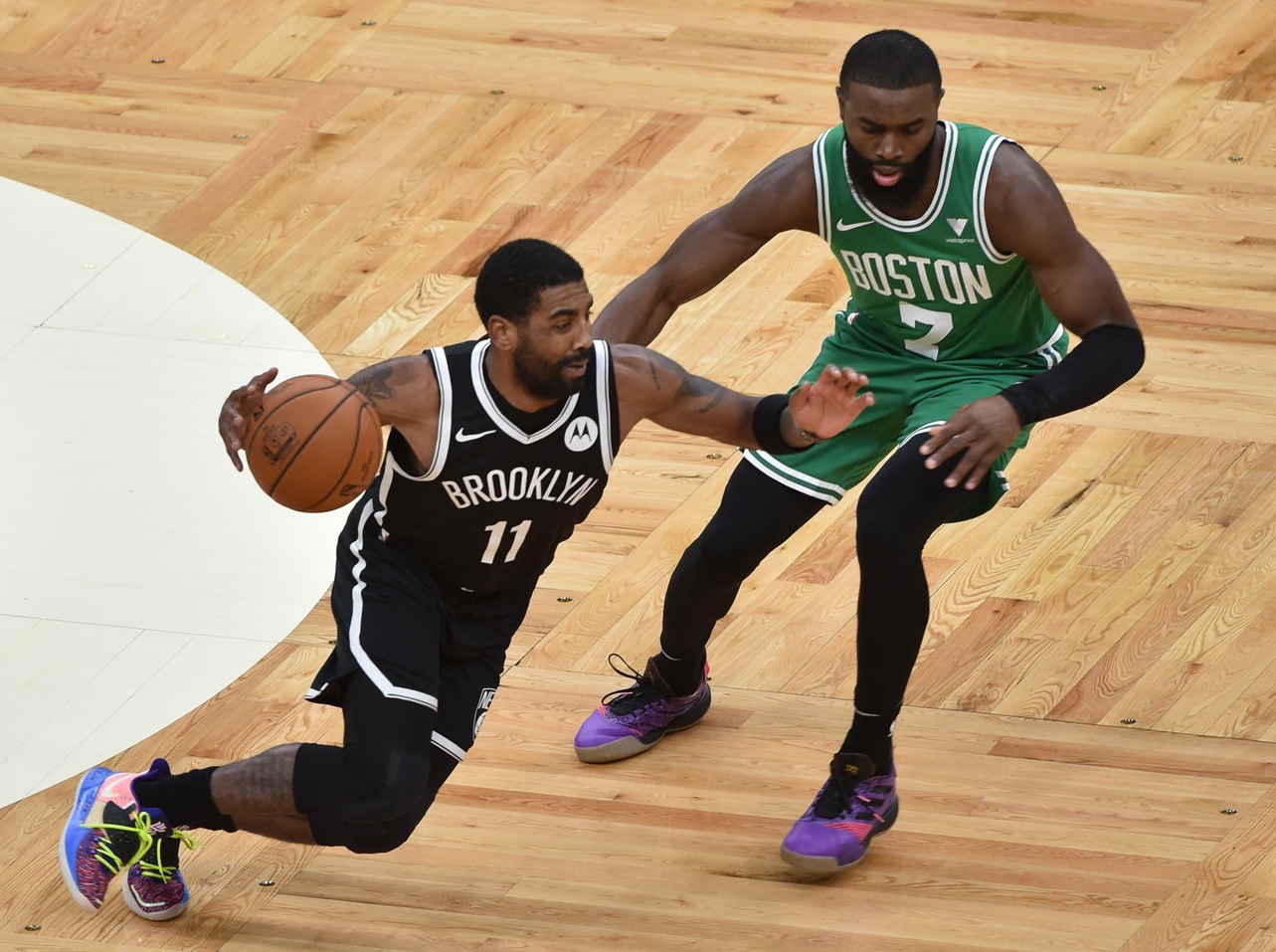 Your Afternoon Dump: Where the C's and Nets face off today

If the first couple weeks of the 2020-21 NBA season have taught us anything, it’s that we probably shouldn’t overreact to small sample sizes.

The Celtics looked utterly putrid during a brief two-game preseason slate, their offense an abomination, and many rushed to temper expectations for the new campaign. Of course, Boston responded with an offensive clinic during a thrilling season-opening win against the Bucks and a July duck boat parade has been put back on the calendar.

In one corner, you’ve got Jaylen Brown and Jayson Tatum taking the reigns of the Celtics’ sleigh and trying to deliver the team to a championship stage after being denied at the doorstep in three of the past four years. In the other corner is a potential new roadblock in that quest with the reloaded Nets. Brooklyn seemingly has a healthy Kevin Durant and a happy Kyrie Irving, who decided (at least) 18 months ago that he didn’t want to be part of the Jays’ journey.

And Kevin Durant has played for twelve years, he’s 32, and he’s closing in on 1,000 games played (850 regular season + 139 playoff games). Over the four complete seasons he played before tearing his Achilles, he missed 99 games. When he played a nearly full schedule in 2019 (78 games), he suffered a catastrophic injury in the playoffs.

Bottom line: A 32 year old guy coming back from a serious injury, with a history of losing time to injuries, is not a guy you should bank on being healthy for most of the season–especially when it’s going to be this compressed.

The C’s are going into this afternoon’s game shorthanded and needing a lot of experience for their young guys. The Nets are at full strength, are a veteran squad, and have had the unusual luxury of two days off. If the game gets ugly for Boston, remember that. The C’s are going to get better than they are right now, whereas the Nets have no reason not to look their best at this moment.

On the other hand, if the C’s win handily, well, pffft. We knew it all along, right?

Page 2: Where James Harden is apparently willing to come to Boston after all

Sources told The Athletic that the Houston Rockets guard has recently deemed the Boston Celtics and Portland Trail Blazers among his preferred destinations. Brooklyn and Philadelphia were the first teams to receive that distinction back in mid-December, followed by Miami and Milwaukee being added in the weeks thereafter.

While the Rockets are known to have had trade talks with teams that aren’t on Harden’s list, and Harden still has two seasons remaining on his deal with a player option worth $47.3 million for the 2022-23 campaign, his view of the situation will remain an important factor in any possible scenario. And with no deal in sight and his handling of the situation clearly complicating the trade market, it’s clear Harden has expanded his view of possible landing spots as a way to help facilitate his request. The viability of a possible deal with the Celtics or Trail Blazers is unclear at this time.

Honestly, I think James should’ve put together an Advent calendar for the Rockets’ front office. Each day they could open a little box and find the name of another team that Harden would be willing to be traded to.

Chuck wrote a bit about this yesterday, and I’ve got a bit more to say about it.

I’ve seen everyone and their mother say that ‘talent trumps everything’ in the NBA, but you know what?

That’s not always the case.

James Harden’s game is 100% about James Harden, and it looks more and more like his off-the-court conduct is of a piece with his on-court philosophy.

The team that pays a king’s ransom to acquire a player who is due a king’s ransom over the next couple years is a team stupid enough to deserve Harden’s frustrating combination of individual brilliance and lackluster team performance, and vice versa: Harden deserves to play for a team that has a distorted view of his value.

And as far as the NBA postponing, rather than forfeiting Houston’s game against Portland, let’s hope that the decision came with a stern warning to the Rockets that such leniency for deliberate flouting of COVID protocols will not be extended again.