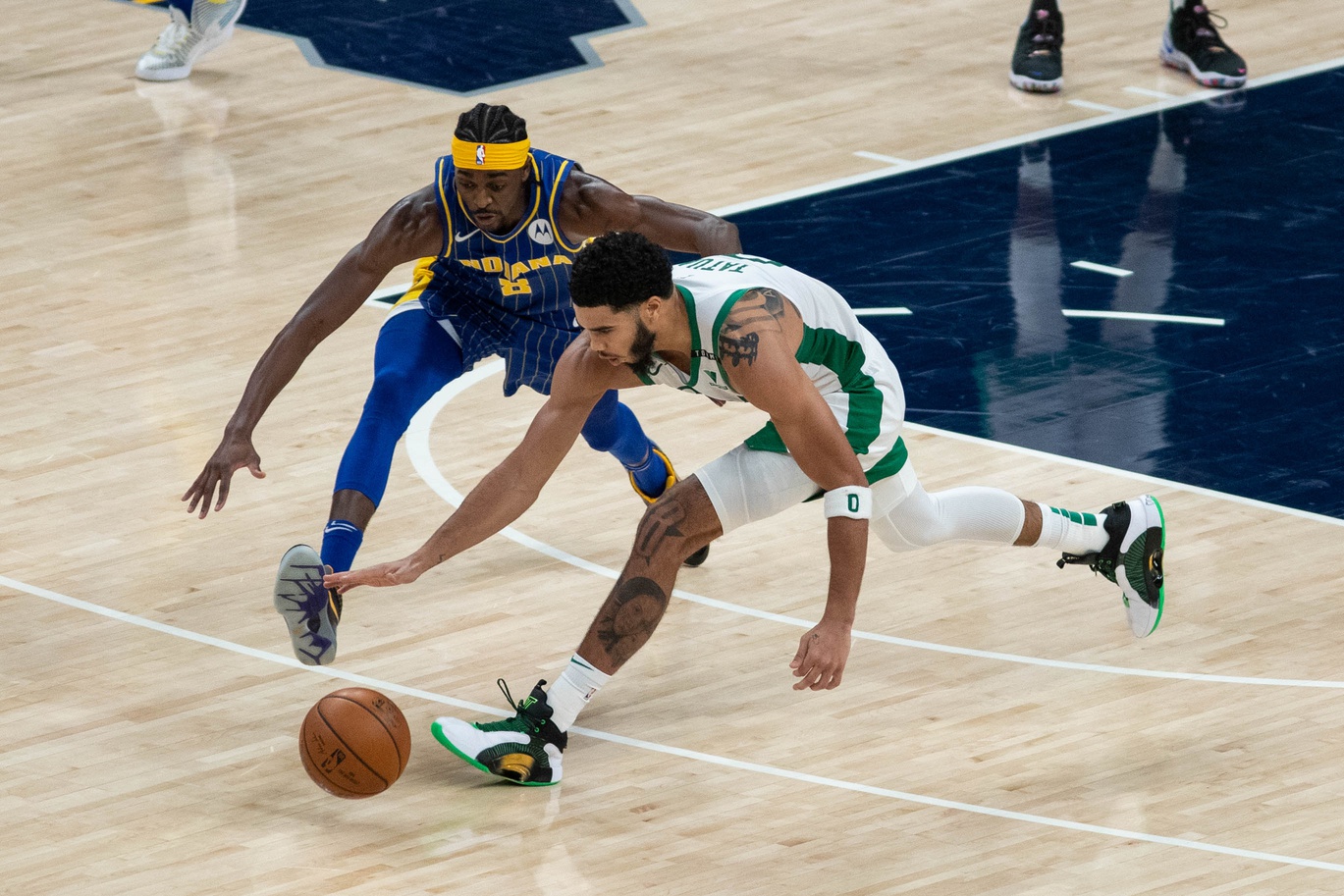 After one of the best Celtics season openers I can remember and one of the most disappointing Christmas games, I was hoping for middle ground. A sign of consistency—a clearer indication of who this 2020-21 squad really is. At the end of this contest vs. the Indiana Pacers, I don’t have that, which is fine, but also the Celtics lost 108-107, which sucked.

Despite a machine-gun offense to start the game, predictably strong performances from Jayson Tatum (25-11-5 plus a block) and Jaylen Brown (18-2-4-2-1 on 62% shooting) and a solid rally at the end, overall execution wasn’t there in the second and third quarters. Turnovers galore (7 of them in Q1 alone en route to 18 for the game), inconsistent defense, over-elaborate lineup experiments and Boston’s shallowness at guard are all things bound to kill you against a well-rounded Indiana squad. Read on for highlights, jokes and, as always, real-time fan and media reactions:

Opening minutes were all Jaylen, all the time.

I have seen enough, Jaylen is the new 2-point daddy @ByJayKing

jaylen is shooting 70% on pull-up twos this year. he just drilled another.

Yet another Jaylen assist to a corner 3, followed by yet another mid-range pull-up.

Tristan Thompson flexed his muscle against the questionable interior defense of the Pacers:

It wasn’t all gravy: The Cs’ had their 12-2 run followed up not longer after by a 10-2 run against them and turnovers were a big reason why:

The Celtics imo should go back to making baskets and not turning the ball over. Brad Stevens should tell them to do that

Second quarter was no cakewalk (like the waning minutes of Q1):

Pacers outscored Celtics 11-0 on points off turnovers in the first quarter.

If I were the Celtics, I would simply stop turning the ball over. Please, I'm begging.

i don't find turnovers to be of any use to me

But not without its pleasures:

We’ll talk about this in more detail in the next installment of RATIONAL THOUGHTS tomorrow, but Pritch being a HABITUAL LINE-STEPPER was not great:

Payton Pritchard has stepped out of bounds so many times so far this season.

Q2 kinda turned into a low-key battle between Pritch and the Pacers’ Doug McDermott (in terms of both wanting it to be White-Boy Day for them and them alone):

(Your reminder to watch/rewatch True Romance next time you get a chance. Script holds up even if the fashion don’t!)

Pablo Picasso. He was a Celtic during his Green Period. https://t.co/igyYMEwyxq

Celtics lead Pacers 55-49 at the half

Mike Gorman just said it: Celts shot 61% in the first half, shouldn't they be up more than 6?

Yes. Yes they should have.

I’ll back both Mikes on this. In fact, it’s why the Pacers were able to sneak in and steal a lead at the top of Q3:

The Celtics could have started the third quarter a little better, I’d say. https://t.co/3w41utkhhl

Good to know that these type of third quarters are still going strong in 2020.

They’re just kicking our asses this quarter. Not fun.

When you face Indiana you expect to get smacked around by Domantas Sabonis, Malcolm Brogdon and T.J. Warren. Doug McDermott and Justin Holiday being in on the humiliation is…less fun.

On the other hand, Timelord had his best game of the season thus far, and GRANT had moments:

We call them the Williams Brothers. (We don't, but we should) pic.twitter.com/FDbVV3ZGx1

And if things couldn’t get worse, apparently this is at least partially John’s fault.

Blame @RedsArmy_John for jinxing him. Teague saw this coming. https://t.co/6nntdyJS3I

Rob anticipatory passing and Jaylen with the body control finish through contact pic.twitter.com/fH1Gc14aPB

Nice way to end the 3rd quarter! #Celtics cut the deficit to 5. What are we going with as a nickname for Payton Pritchard? #Askingforafriend

C got back to themselves in Q4, but too much too late:

things heatin' up in the fourth pic.twitter.com/Go04jsBlAe