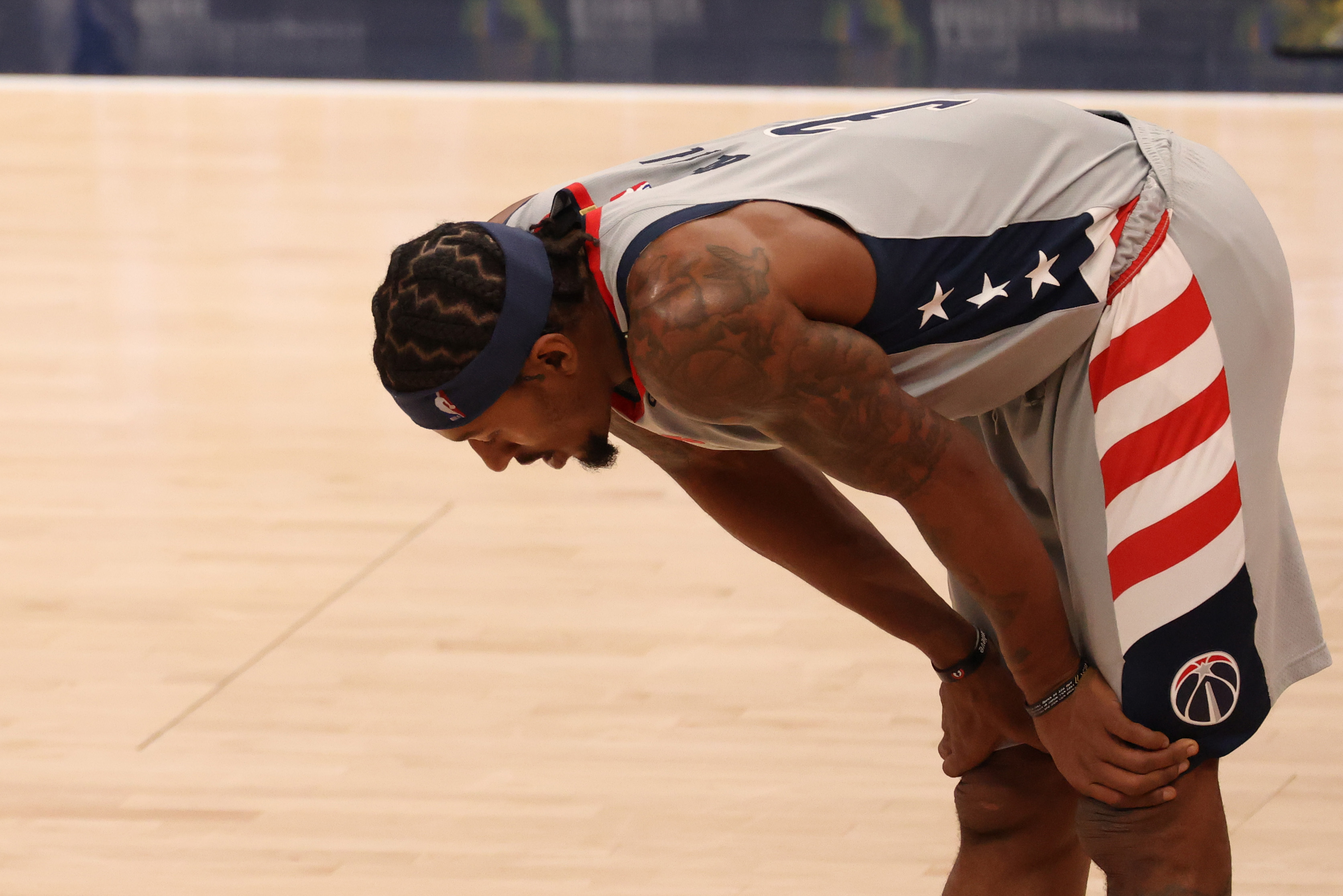 The Washington Wizards are now 0-2 to start the condensed 72-game regular season after another disappointing fourth-quarter performance where they failed to capitalize on a winnable game. The team discussed at practice the importance of crunch time minutes after squandering a double-digit fourth-quarter lead to Philadelphia in the season opener, but it was the same results again in the home opener as Orlando had 38 points in the final frame. Here are five takeaways as well as Scott Brooks, Bradley Beal, Russell Westbrook, and Thomas Bryant’s post-game media availability.

Last season’s second-leading scorer was left off of the 2019-20 All-NBA teams because of Washington’s poor record. Assuming they improve this season as one would expect, it is going to be hard to leave the two-time All-Start shooting guard off this season. In a matchup with Evan Fournier who Beal has previously had a history with, the 27-year old absolutely went to work. He was getting to the rim and finishing with ease, he was hitting his mid-range jump shot when he needed to, he was getting to the free-throw line. In 37 minutes, Beal had 39 points on 14-for-24 shooting, seven rebounds, five assists, two steals, and four turnovers. Orlando had no answer for Beal as Beal is probably licking his chops to go after them again in less than 24 hours.

The good and bad of Russell Westbrook

The second consecutive triple-double is great from Westbrook and he will be re-writing Washington’s record books in that statistic in January, but the Wizards need it to come without shooting inefficiency. In 36 minutes, Westbrook had 15 points on 6-for-19 shooting, 15 rebounds, 12 assists, two steals, and five turnovers. Westbrook missed all four shots from beyond the arc and was just 3-for-10 on his mid-range jump shots outside of the paint. Many of those mid-range jump shot attempts are coming when Scott Brooks is staggering Beal and Westbrook with the latter playing with the second unit. The point guard chalked it up to a bad shooting night and that he should be making those shots, but it will become a long season fast if he continues to take those analytically poor shots without making them at a much better clip.

It should not be a surprise to anyone that the Wizards are rolling out curious lineups. At the moment, you can chalk some of the current rotations up to experimentation exacerbated without Rui Hachimura (eye), but they cannot continue without merit. Raul Neto had a perfect first half with 11 points on 4-for-4 shooting including a trio of 3-pointers in nine minutes of play. He then saw zero playing time in the second half as Brooks opted for Jerome Robinson hoping he would provide a spark, but it did not work out that way. It is hard to give Brooks a continued pass on poor rotations given his past history including Trey Burke and Marcus Thornton getting consistent playing time for much of the 2016-17 season, but it is understandable that there is some figuring out to do when incorporating a brand new point guard. For the organization’s sake, Brooks will want to find a rotation that works ASAP.

Throughout the course of Avdija’s rookie season, he will have ups and downs, but as Beal told him before the season, he has to appreciate and use every bit of that experience. One of those things to go through and learn from will be playing with foul trouble. The 19-year old played just six minutes in the first three quarters and racked up four personal fouls: two in the first four minutes of the game, one within a minute of second-quarter play, one in less than two minutes of third-quarter play. The validity of the calls can be questioned, but the rookie will have to give the officials nothing to even think about blowing the whistle about when he is in early foul trouble. Without a doubt per Thomas Bryant, Avdija will do better when presented with this situation again.

The Wizards have often been a team to get off to slow starts, just look at the 2-8 start the eventual 49-win team had in 2016-17. Given there has been less than a month to integrate Russell Westbrook and limited practice time, it is no surprise Washington may get off to another slow start as they look to mesh as quickly as possible. I personally do not think Sunday’s rematch against the Orlando Magic is a must-win for Washington (especially with Westbrook’s back-to-back availability TBD) because even at 0-3 they still total control over their playoff positioning, but Beal had some strong words post-game

“I told the guys as soon as we walked into the locker room, Orlando has our number, and tomorrow whatever the hell it takes, we got to win. Whatever that means, whatever it looks like, we have to win tomorrow.”