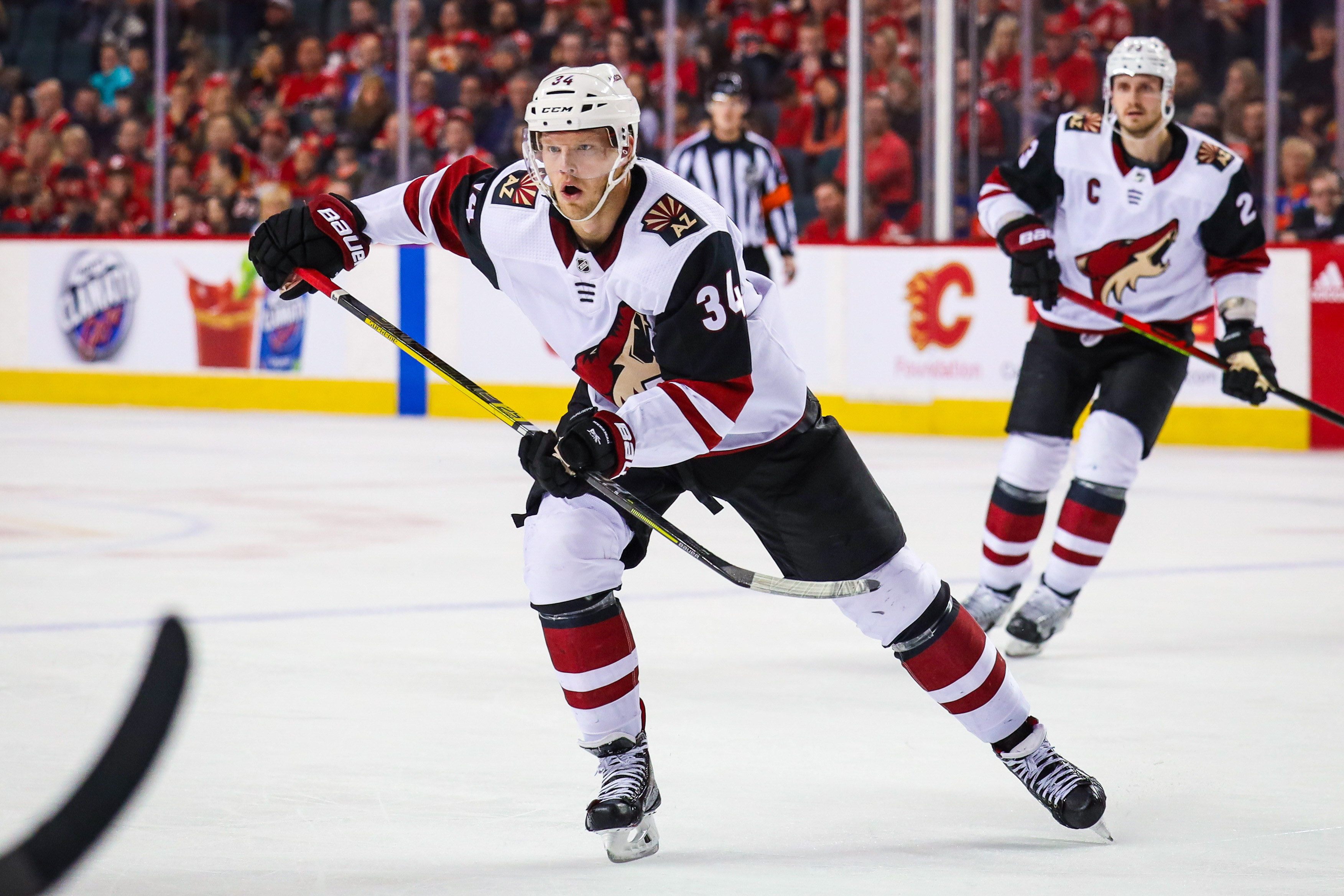 The Chicago Blackhawks tried to improve their depth at the center ice position on Saturday, with the signing of center Carl Soderberg of Malmo, Sweden, from the Arizona Coyotes. The terms of the deal are for one year, and $1 million according to ESPN.

The Blackhawks become Soderberg’s fourth National Hockey League team. He previously played for the Boston Bruins and Colorado Avalanche, in addition to Arizona.

Despite the shortened season due to coronavirus, Soderberg did have a career-high with six power-play goals. Soderberg’s regular-season game-winning goal came in a 5-2 Coyotes win over the Detroit Red Wings on December 22, 2019, at Little Caesars Arena in Detroit, MI. Soderberg scored at the 39-second mark of the second period from Clayton Keller of Chesterfield, MO. At the time, Sodberg’s game-winner put the Coyotes up 3-0.

In the playoffs, Soderberg played nine games for the Coyotes in the Edmonton bubble. He had one goal and one assist for two points, 14 shots on goal, 47 faceoff wins, six blocked shots, 22 hits, three takeaways, and seven giveaways.

The first four postseason games for Soderberg came in the Western Conference best-of-five qualifier series, and the last five games came in the first round of the Stanley Cup playoffs. In the qualifier, the Coyotes beat the Nashville Predators three games to one, and in the first round of the playoffs, the Coyotes lost four games to one to the Colorado Avalanche.

Soderberg also has one career National Hockey League hat trick. It came in a 6-3 Avalanche win over the Toronto Maple Leafs on January 14, 2019.

Expect Soderberg to be a third-line center for the Blackhawks this season. He is expected to play behind Jonathan Toews and Dylan Strome. Like Soderberg, Strome has played for the Arizona Coyotes in his career.