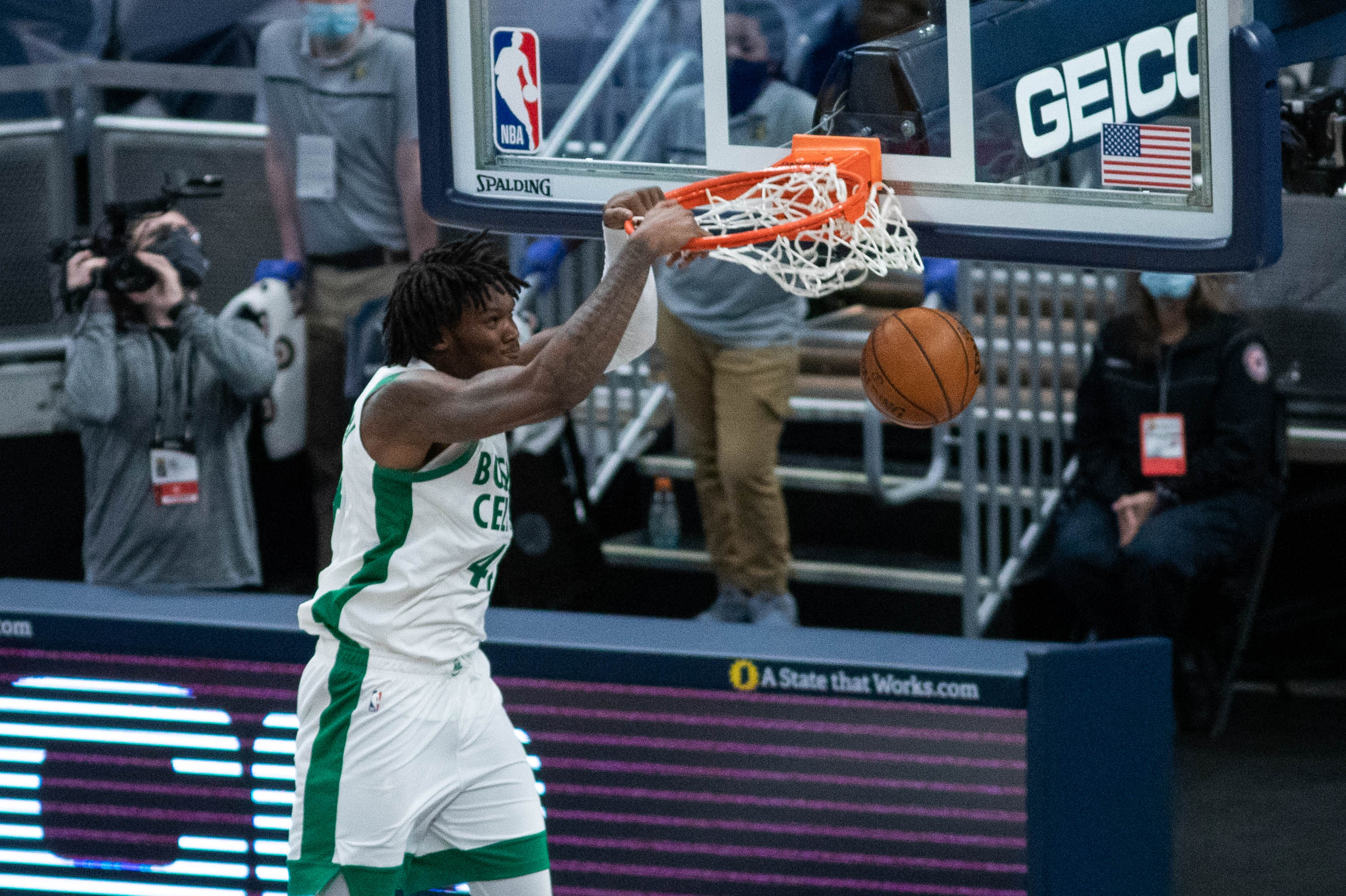 The tantalizing promise of Robert Williams was on full display against the Indiana Pacers on Sunday night.

On one hand, Williams made two great defensive plays down the stretch to give Boston a lead and a chance to win the game. On the other, he accepted the blame for a critical defensive error that put Indiana back on top with 7.1 seconds to go.

It’s classic Robert Williams. The great can be so great, and the mistakes can be very frustrating, even, and maybe especially, for him.

“I feel like I’m definitely coming along, making progress,” he said after the loss. “I’m not coming along fast enough slipping up like this. So next game just try to minimize the slip-ups.”

While Williams took the loss hard, his team backed him up today at practice as the Celtics prepare for tomorrow night’s rematch.

“In this league you have to have a short memory. I know we say that a lot and we talk about it a lot but it’s true,” Marcus Smart said. “You can’t let things compound into the next game… In this league we play other day, back-to-backs, there’s lot of games, a lot of time, a lot of opportunities to take those mistakes from previous games and learn from them. A guy like Rob who’s very hard on himself, it shows how committed he is and how he feels about doing the right things.”

This is the part of the story where we all get reminded about the common Robert Williams refrain: He’s been robbed of live game reps too often over his young career and that has put him behind developmentally. The more he does things on the court, the more he seems to improve. Those reps are supposed to help erase a life full of bad habits that have been covered by his athleticism.

But as admirable as it is that Williams is falling on his sword, the fact is that Boston is just nowhere close to being a cohesive unit. The combination of Robert and Grant Williams making a critical defensive decision in that situation was almost destined to fail.

“The bottom line is a moment of hesitation got Sabonis’ step, and that’s all an all-star needs,” Brad Stevens said. “I thought Rob did a lot of good things yesterday, but the whole team has a lot to improve upon, as I knew we did a week ago. I saw a couple of areas that I thought were much better, and a couple of areas where we really need to improve.”

The NBA can be a cruel place and players like Williams can face obstacles and setbacks that just aren’t their fault. League history is littered with talented players whose careers have been altered by bad breaks. However, Williams still has the faith of his teammates.

“He’s such a great passer, he’s so long and active and he blocks and contests shots,” Jayson Tatum said. “Rob has really come a long way and has worked so hard and he’s going to be a big part of our success this season.”