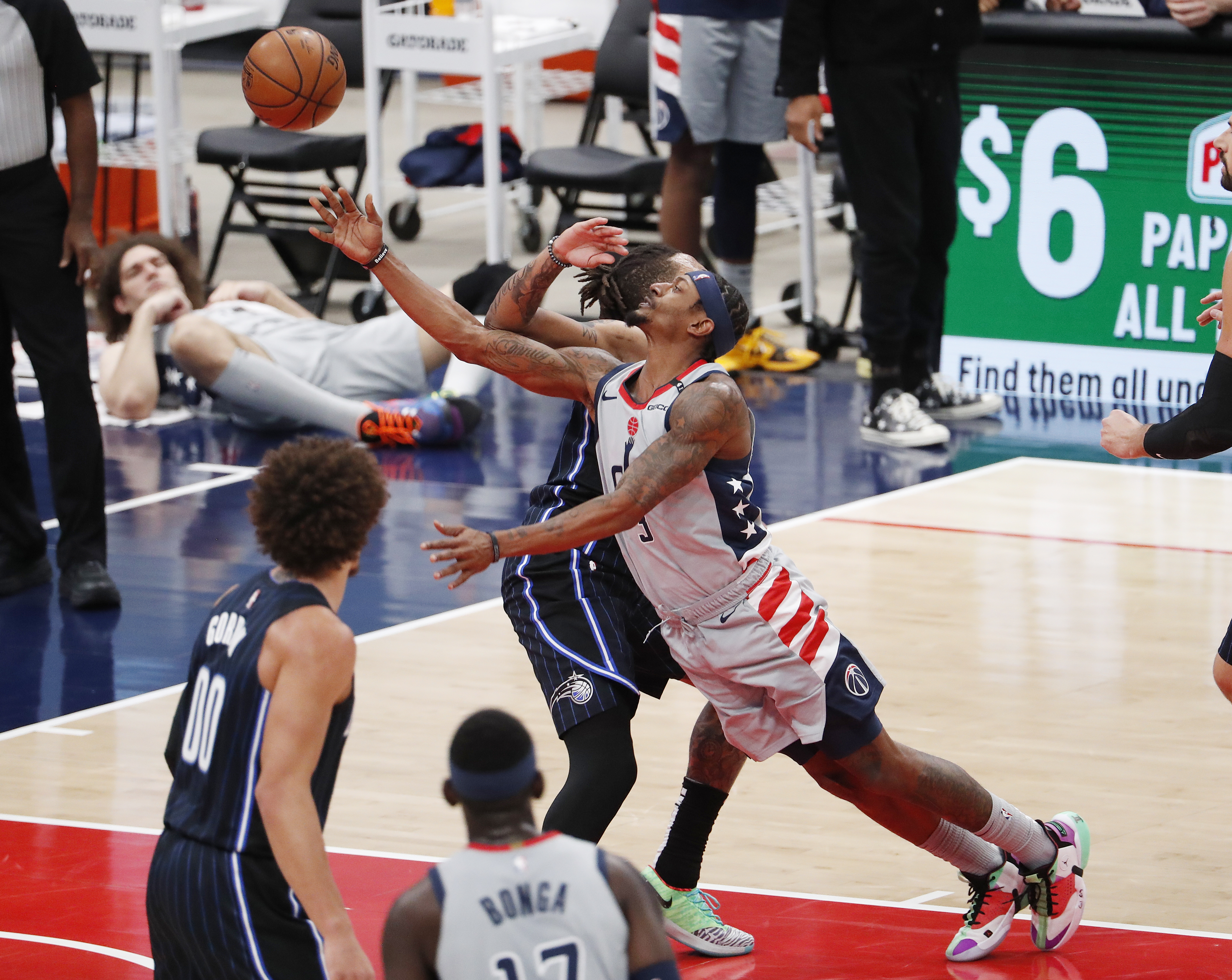 The Washington Wizards are 0-3 to start the 2020-21 season and all three of the losses were winnable games if not for allowing a combined 121 points in those three fourth quarters. The latest disappointment in the second night of a back-to-back again against Orlando who’s own head coach Steve Clifford said pregame how hard it is to beat the same team twice in two nights. The Wizards turned a 17-point fourth-quarter lead into a 120-113 loss. Here are five takeaways as well as Scott Brooks, Bradley Beal, Troy Brown Jr., and Raul Neto’s post-game media availability.

Granted a high usage, but how Beal was able to average 30.5 points a game last season when facing constant double teams underscores just how good the now 27-year old is. Beal could average 30 points again if he wants to and some of that will come during more constant pressure and scrutiny of opposing defenses when Westbrook is not on the floor. Between the back-to-backs he will likely sit out as well as the currently implemented staggering that is a lot of time for Beal to face double teams. 29 points are great, but not if it is on 10-for-29 shooting. These games are not going to happen often because Beal is better than an 0-for-7 shooter from deep, but it is clearly harder for the All-NBA snub when he has limited help around him. Even though he was working Evan Fournier over again well on Sunday, blitzing Nikola Vucevic at him over and over and with more effectiveness in the fourth quarter was a big key to Orlando’s success.

It is not often you see a 38 to 13 free throw discrepancy. Even with Capital One Arena’s sometimes poor crowds, that in the away team’s advantage would have been unruly. Orlando cashed in with 37 makes from the charity stripe. Beal converted all nine of his attempts, Bertans made 2 of 3 after being fouled on a three-point attempt, and Lopez missed his and-1 opportunity. That’s it no one else for Washington even got to the line. That is part of what you lose with Russell Westbrook in street clothes. If Bradley Beal could speak candidly without risking a fine, I am sure he would have plenty to say. He certainly talks to officials more and more in recent years (although some is warranted). When asked about the discrepancy that you can equate to 32-13 once removing the intentional fouls late, Beal replied to me “I think we both know the answer to that.” It will be an interesting Last Two Minute Report on Monday to see if a foul should have been called on Beal’s late drive to re-take the lead.

I am not as quick to trigger the criticism of Brooks, but so far this season he has left much to be desired. It is understandable that weeks after a franchise-altering trade at point guard and without a full lineup the rotation is still a work in progress. That is what makes the idea of if it ain’t broke don’t fix it applicable here. Last game, Neto was on fire in the first half so just run that back in the second half. Instead, zero minutes in the second half after nine very good ones in the first and the only justification Brooks could muster up was his turn in the rotation did not come up again when Brooks implements the rotation. Similar scenario tonight with Isaac Bonga. Through three quarters, Bonga had six points on a perfect 2-for-2 from distance, seven rebounds, and an assist in 18 minutes. That while limiting the other team’s best scorer with some of the better defense on the team that lacks it overall. Zero fourth-quarter minutes and Orlando’s wings pop off in response. Markelle Fultz, Evan Fournier, Michael Carter-Williams, Terrence Ross, and Cole Anthony (a formidable depth of guards/wings) combine for 34 points on 11-for-15 shooting in the fourth.

Tommy Sheppard, a fan of Neto’s play with the Brazilian national team, really hit on this veteran’s minimum signing based on a small sample size. Neto will be the Wizards starting point guard for 10ish games this season when Russell Westbrook is resting in back-to-backs (knock on wood no injuries). Brooks likes to keep players in their roles, in this case, Ish Smith with the second unit. Although it is possible for Neto to push Smith for that position, I think Washington values (and possibly too much) Smith’s speed and pace too much to relegate him to the third point guard role just yet. Neto’s 22 points on 10-for-17 shooting in 32 minutes will and should get him minutes as Bradley Beal’s backup. So far, I have not been awed by Jerome Robinson or Troy Brown Jr. On the other hand, Neto has wowed his entire team.

Scott Brooks is not getting fired

The season literally just started, we are 1/24th into the season and Washington is without their full lineup. It is absolutely rotten luck that Rui Hachimura is sidelined with a severe case of pink eye. The Wizards feel like if they had him and Davis Bertans available for more than 20 minutes a game then the outcomes of these games would be different. Maybe, but they should have been different with better defense regardless. That is the idealistic world that the Wizards like to live in sometimes. Financially, Ted Leonsis is not going to pay Scott Brooks the final $7 million installment of his five-year contract for the coach to enjoy life in Southern California. Logistically, who do you get to replace him? The only Randy Wittman era holdovers are David Adkins and Ryan Richman. Would associate head coach Tony Brown or also Westbrook’s former Thunder coach Robert Pack have any bright ideas? But that all loops back to how can you fire the coach who the organization has been raving about his relationship with the new franchise point guard. Until they are 5-15 or out of playoff contention (which will be hard to be with the 7-10 seed play-in tournament), Brooks will be coaching no matter what fans think of his competence.