Kirby Dach out five months due to wrist surgery 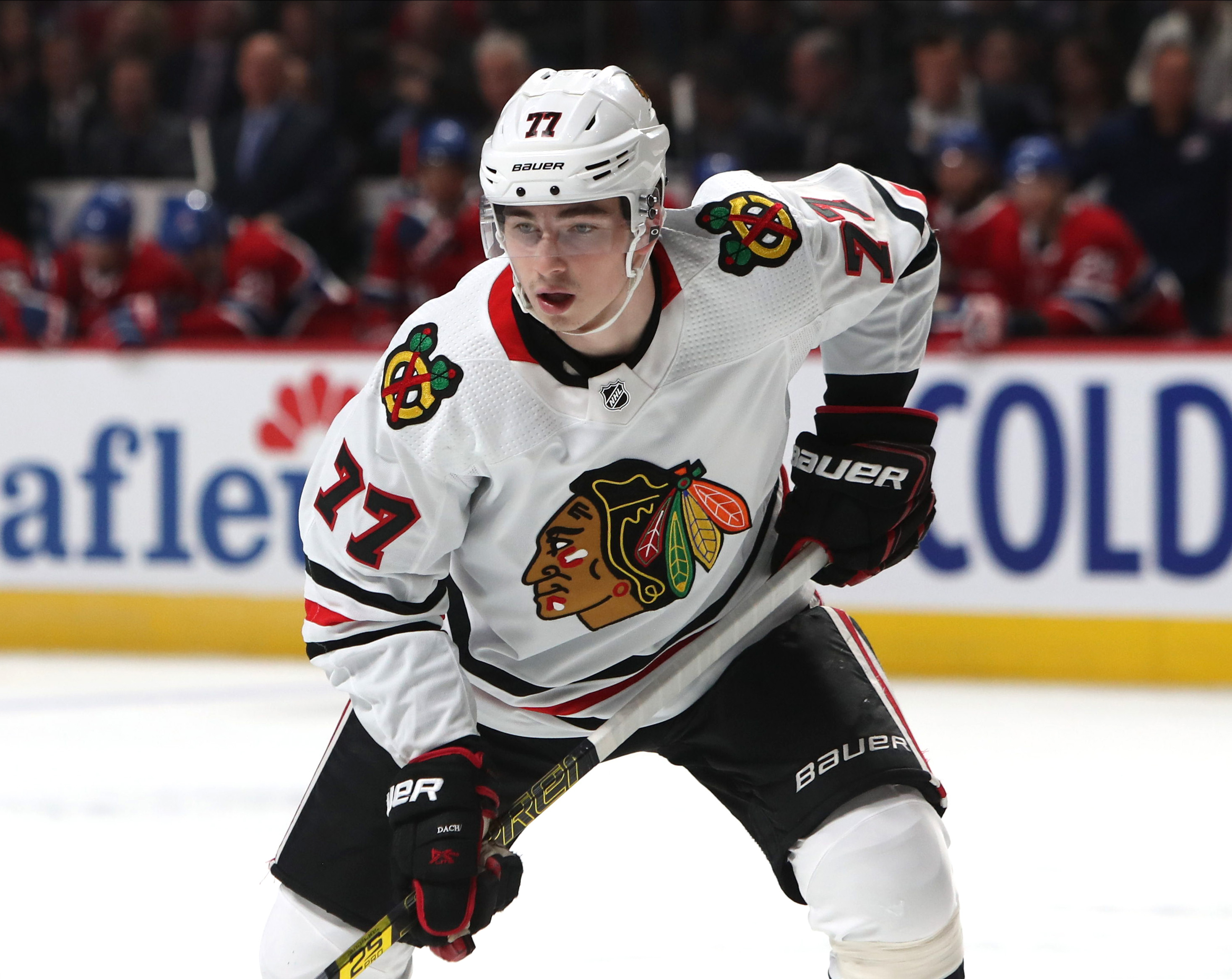 Kirby Dach out five months due to wrist surgery

The Chicago Blackhawks will not have one of their rising prospects in the foreseeable future. On Monday, according to Emily Kaplan of ESPN, Kirby Dach will be out four to five months after having wrist surgery.

The injury occurred on Thursday in an exhibition game between Canada and Russia leading up to the 2021 International Ice Hockey Federation World Junior Hockey Championships in Edmonton, Alberta. Dach, who was the captain for Team Canada, tried to deliver a bodycheck on Russian Ilya Safonov, but it was Dach who fell awkwardly, skated to the bench, and received a medical evaluation. Afterward, it was reported that Dach had a serious wrist injury that would require surgery. Canada won the game 1-0 on a goal by defenseman Jamie Drysdale, and a 23-save shutout by Devon Levi.

Dach’s injury leading up to the tournament has been one of the biggest storylines so far at the World Junior Hockey Championships. It is up there with the coronavirus outbreak among Team Germany, which has forced them to use only 14 players, and the curious play of the Czech Republic so far. In the opening game for the Czech Republic on Saturday, they were beaten handily by Sweden, 7-1. Then on Sunday, the Czechs defeated Team Russia 2-0.

The injury to Dach also leads to questions about the necessity of exhibition games in international tournaments. Any way you look at it, Canada and Russia did not need to be played on Thursday. It is a shame that an injury resulted from a meaningless preseason contest.

Dach’s injury might also cause problems in the future when hockey federations request to use players from National Hockey League teams to play for them at international events. In 2019-20, Dach had eight goals and 15 goals for 23 points in 64 games. Dach is one of two Blackhawks players out with a long-term injury leading up to the 2020-21 season. Alex Nylander is also out with knee surgery. With the recent injuries, the Blackhawks signed Carl Soderberg from the Arizona Coyotes on December 26.