Payton Pritchard bails Boston Celtics out with energy: 'Payton is the GOAT, man' 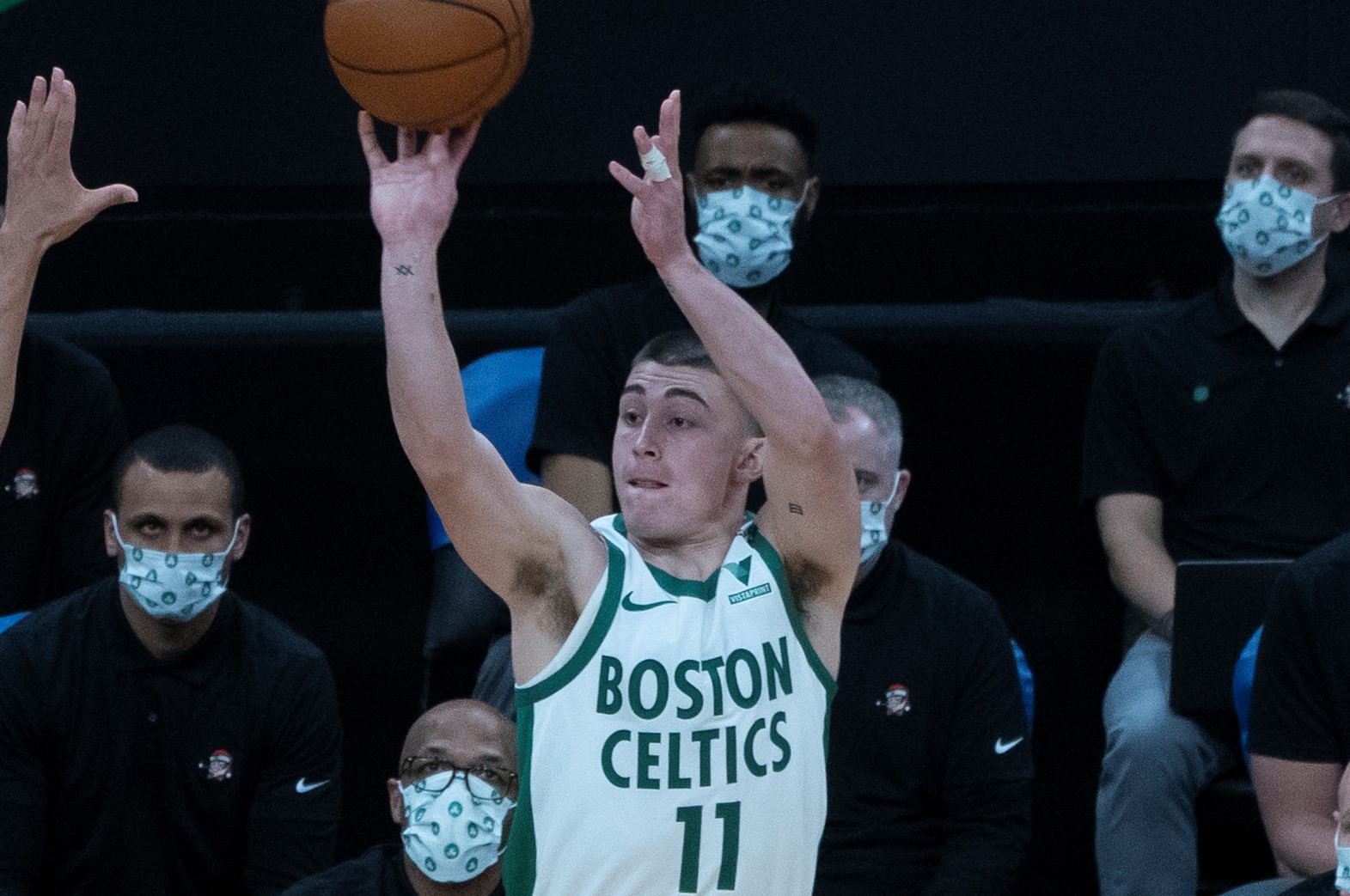 Payton Pritchard bails Boston Celtics out with energy: 'Payton is the GOAT, man'

The collective, confused shrugs from draft night have been replaced by nods of understanding around Boston now that people have seen Payton Pritchard play.

It’s certainly not always perfect, but Pritchard has shown that his energy and effort off the Celtics bench is going to be infectious. On nights like Tuesday in Indiana, that can translate into some great things on the floor.

“We had him running all kinds of pick-and-rolls in the second and the start of the fourth,” Brad Stevens said after the 116-111 win. “He’s poised off that stuff, he makes the right play, he’s deceptive so he can get in and use his body to finish as we saw on a couple of occasions. He’s a guy that knows how to play.”

The Celtics can look miniscule when he’s on the floor, especially when someone like Myles Turner smells a mismatch and tries to exploit it in the post. But Pritchard never let his mistakes or deficiencies slow him down, like when he poked the ball away from Victor Oladipo after turning the ball over mid-way through the fourth quarter. He turned that play into an assist on a Marcus Smart 3-pointer.

“Payton is the GOAT, man. Payton came in there with the confidence,” Jaylen Brown said. “(We) definitely needed a spark coming off the bench and Payton was everything and more for us tonight. We’re gonna need more guys to continue to step up. Excellent guy. Excellent job from Payton Pritchard, man. Kid can play and we’re looking forward to him and other guys stepping up as well in the future.”

The up-and-down nature of this season means we can’t expect 10 points, 5 rebounds, and 5 assists along with 50% shooting to be the norm, but Pritchard’s four-year college stint is proving to be something that prepared him for a hectic moment like this.

“I don’t think I prepared how I should have my freshman and sophomore year,” Pritchard said after the game. “At the end of my junior year is when I really started to kind of be professional about things, and how to approach each game, taking care of my body, what I need to do to help myself mentally and physically.”

That preparation is critical for a player like Pritchard who needs to rely on conditioning and stamina to keep his effort level so high at all times. Keeping himself mentally prepared for the ups and downs is critical as he navigates this world of wild swings. It helps when he knows he’s earned his team’s confidence.

“It means the world to me because it can allow me to keep growing as a player and being able to help this team when I can,” Pritchard said. “Coming off the bench I want to be able to provide a spark, get the team either going or help the team build more of a lead. So, I’m all about winning. That’s why we play this game. I want to win and I want to help as much as I can to get a win. So, just tried to do that tonight.”