With a little wink, Jaylen Brown got to break his career-high in Boston Celtics blowout 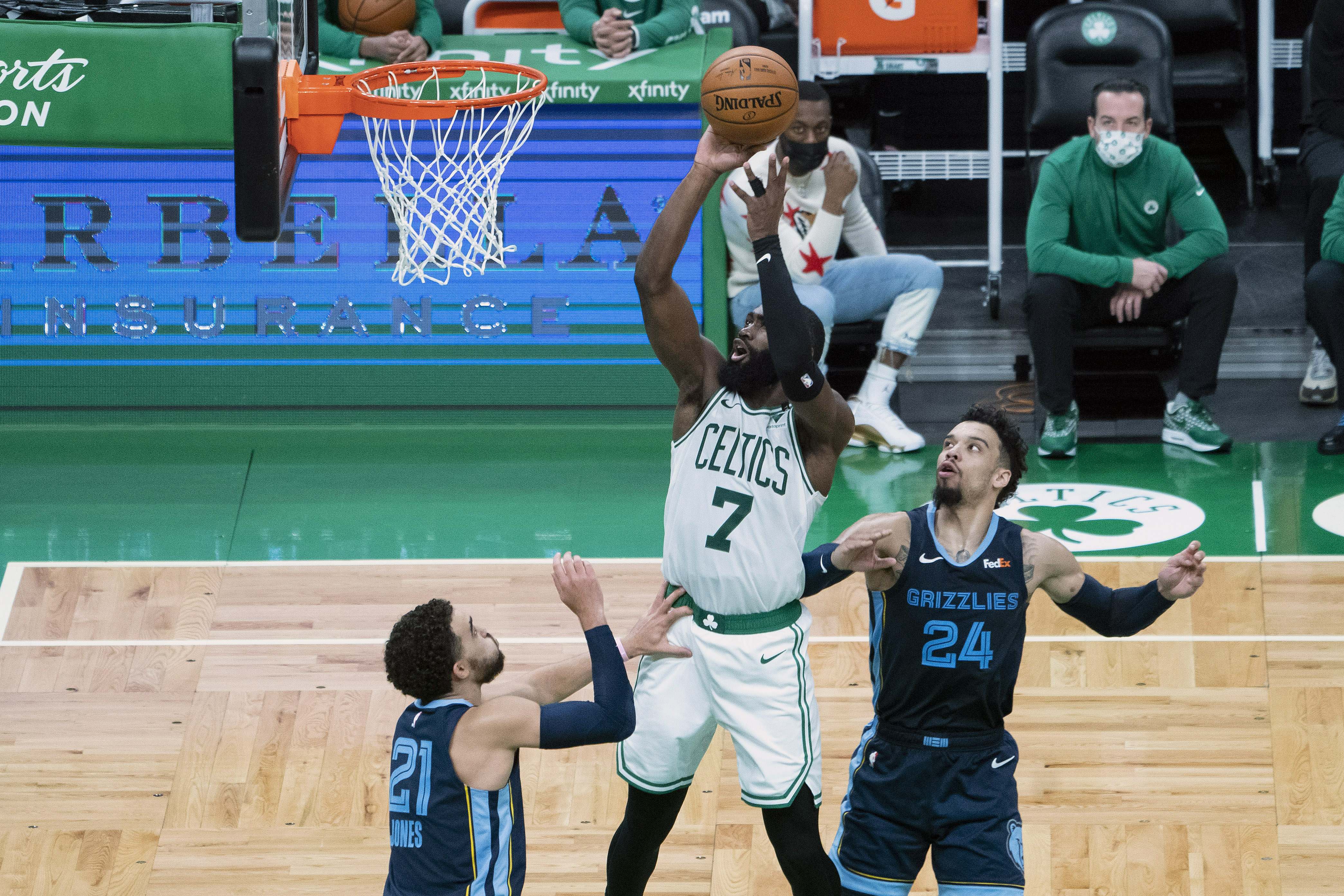 With a little wink, Jaylen Brown got to break his career-high in Boston Celtics blowout

Jaylen Brown checked out of the Boston Celtics blowout win over the Memphis Grizzlies with 2:50 left in the third quarter thinking his night was over. He’d just hit a 3-pointer to tie his career-high 34 points, but he didn’t realize it.

“At first, I had no idea, I was just playing,” Brown said. But his teammates knew. “They were telling me ‘Dang, you are right at your career-high with 34 points.’ I gave Brad a little wink and said, ‘Can I get two more minutes?’ He let me go back out there.”

Brown made the most of that favor, scoring eight more points to set his new scoring mark at 42.

“It’s amazing. Super happy for him, big night,” Jayson Tatum said after the game. “He was on fire. If a guy’s hitting like that, it means you’ve got to keep feeding him.”

Brown has been Boston’s best player in the early going this season, elevating his game to give Boston a significant one-two punch with him and Tatum. Both have made significant improvements to their game, but Brown’s evolution from his rookie season has been especially remarkable.

“I just think he works hard at everything. He’s a good player,” Brad Stevens said. “His finishing has improved so much since college, his shooting is probably not as highly thought of as it should have been coming out of the draft. But it’s certainly got a lot better. Just his reads and everything else. He’s just really improved. Worked hard to improve. Got a lot on his plate, he wants to have a lot on his plate and that’s good.”

Brown has never shied away from responsibility, and he carried that into the return to the floor to chase his career-high.

“You also saw the one play when he beat his man and he already I think had 40 or was close to 40 and he still kicked the ball out when they contested him at the rim,” Daniel Theis said. “So that’s probably his biggest growth. He’s making plays for his teammates.”

Brown had 4 assists on the night, including a gorgeous half court bounce pass to Tatum in transition. As Theis demonstrated, teammates notice when the hot hand is willing to pass and make the right play.

“I’m definitely trying to accept the challenge and I’m excited about this year in general for our group,” Brown said. “We have a lot to learn, I have a lot to learn but I think we are all embracing that challenge. Personally, for me, to be in a new and different role with more responsibility, I love and I want to handle that great responsibility to make sure I get other guys involved, all my teammates and try to be the best leader I can possibly be.”