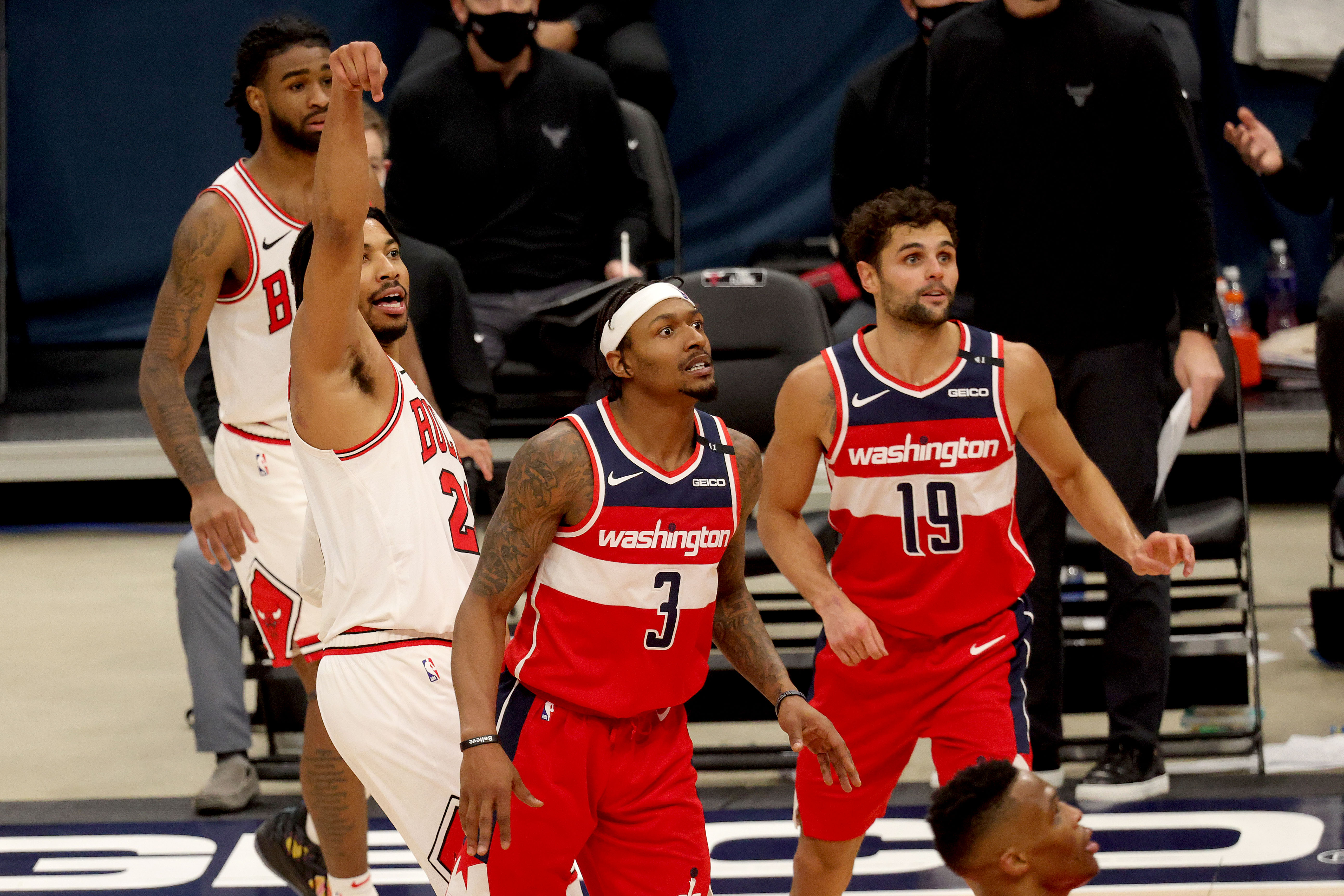 The terrible year that was 2020 is finally coming to a close and that could not come soon enough for the Washington Wizards as they failed to play an iota of defense the entire calendar year. The latest example was a 133-130 loss to the Chicago Bulls who were without Lauri Markkanen, Tomas Satoransky, Chandler Hutchison, and Ryan Arcidiacono due to the NBA’s health and safety protocols regarding COVID-19. Here are five takeaways as well as Scott Brooks, Bradley Beal, Raul Neto, Rui Hachimura, and Thomas Bryant’s post-game availability.

Atrocious defense leads to another defeat

The Wizards quite literally give away points without truly making teams earn it. There is no shame in getting beat on a tough bucket or contested jump shot, but far too often there is a disconnect that allows opposing teams to easily score at will. Simple things like knowing that Otto Porter Jr. can hit open jump shots and will want to pay his former team a favor makes it mind-boggling to help off of him. Porter had a season-high 28 points on 10-for-14 shooting including 5-for-9 from deep to go with a game-high 12 rebounds (where was that in DC). The on-ball defense has to improve. Far too often Washington’s guards and wings are getting blown by putting the entire defense behind them in scramble mode. The Wizards could have allowed even more than 133 points if more of the Bulls’ open and uncontested jumpers fell. Washington knows what the issue is, staying in front of your man and communicating, but have yet to correct it. It feels like they have been attempting to fix the issue for four-plus years under Scott Brooks.

During such a dismal start to the season, it was nice to see Hachimura return to the court after two weeks of missed time due to a severe case of pink eye. You would not have been able to tell that Hachimura was sidelined with his strong season debut performance. In 25 minutes, the 2019 first-round pick had 17 points on 5-for-8 shooting including knocking down both of his three-point attempts that he fired off early in the game. A plus player on both ends of the floor as he is able to rely on his athleticism and strong build, Hachimura was a team-high +13. It was encouraging to see the second-year player have a good game and if he can sustain it, that will go a long way towards getting Washington back on track.

Once officially acquiring the former MVP, the team governor (owner) Ted Leonsis lauded Westbrook for his durability. It is not anyone’s fault and probably the smart thing long-term for the 32-year old to sit out of back-to-back games, but so far through four games of play he has lacked the explosion many accustom with his game. Dunks are not the only indicator of burst, but Westbrook has just one and even that was a half-hearted lay-in. The point guard is not getting to the rim nearly as often as anyone would hope and is often settling for mid-range jump shots. On the other hand, John Wall looked spectacular in his much-awaited debut. Once the rest of this season plays out (and granted there is still plenty of time for things to change), we may question what if the franchise-altering trade was never discussed let alone executed.

Admittedly, Bertans is not in NBA game shape. Don’t blame the Wizards conservative ramp-up process, blame the poor visa logistics if anything that delayed the sharpshooter’s arrival back to D.C. Bertans was 0-for-8 from the field, missing all six of his 3-point attempts, on New Year’s Eve. Several of those attempts for deep hit the front rim short indicating there is not enough in the legs to make the shot. When Bertans is not making shots, he is a net negative on the court because of his below-average defense backed up by his team-worst -18. The problem is the only way his conditioning is going to improve is with more gameplay to get used to the fatigue and load needed to complete an NBA game. Washington does not practice much in general and will even less with the condensed 72-game schedule. It may continue to be ugly before it gets pretty with Bertans, but the Wizards seemingly have no choice but to let him push through because it does not help anyone to have $80 million sitting on the bench. The team just finished a version of that with $64 million.

It makes all the sense in the world for defenses to key in on Bradley Beal and Russell Westbrook, two All-Star guards, as their primary focus. Thomas Bryant is more than happy to eat of their scraps. In 34 minutes of play, Bryant had 28 points on 10-for-11 shooting including a perfect 3-for-3 from distance. He also had three blocks that helped ever so slightly to make up for Washington’s terrible on-ball defense. With the Wizards not really running much of an offensive scheme, Bryant taking advantage of defenses helping off of him is going to be some of Washington’s most efficient opportunities.