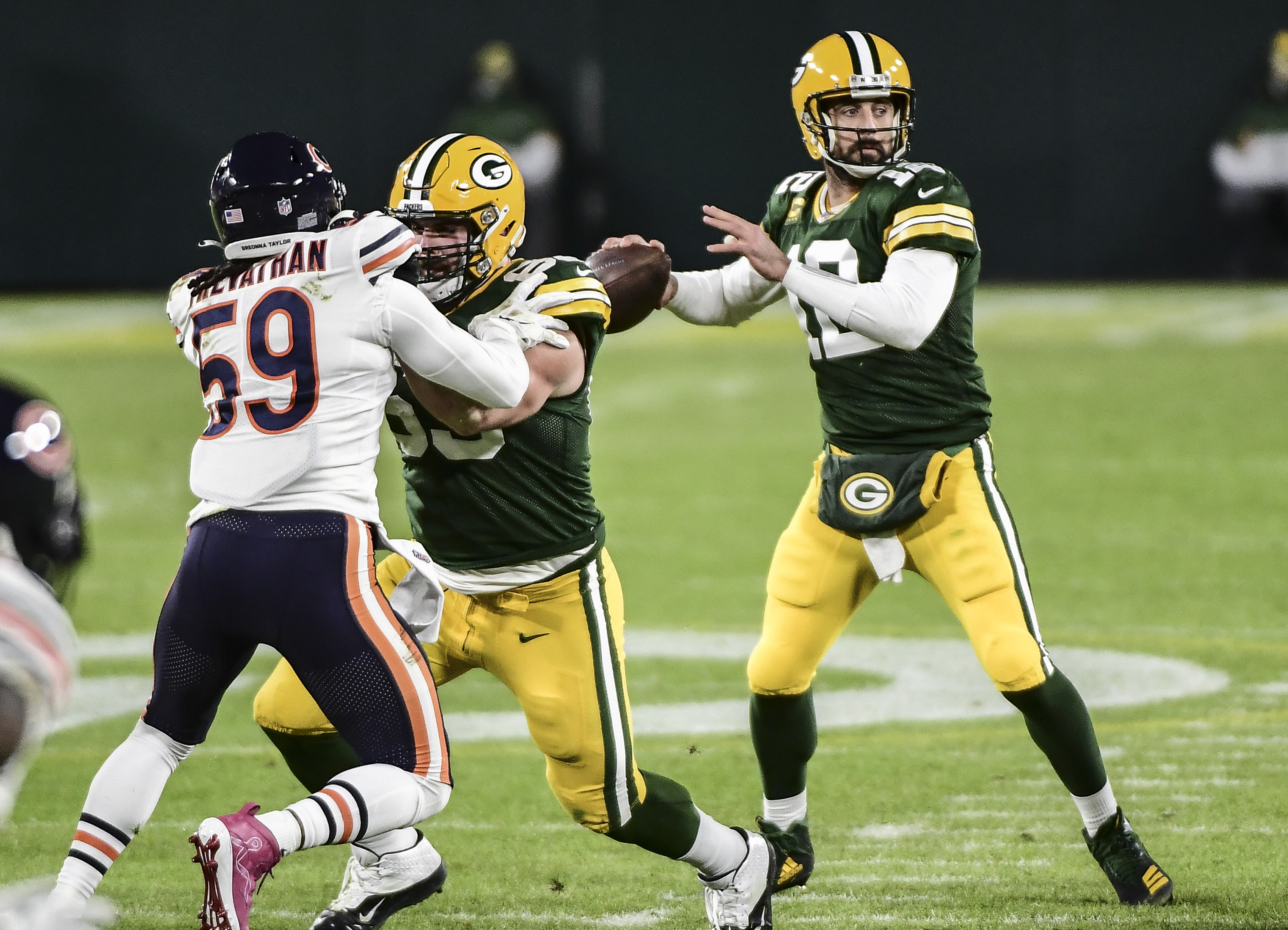 The Green Bay Packers head to Chicago to face the Bears in the 2020 regular season finale. Both teams have a lot on the line in this game. With a win, the Packers will finish with a 13-3 record and clinch the top seed in the NFC playoffs and a first-round bye. The Bears are 8-7 and would clinch a playoff berth with a win on Sunday. Both teams need help to accomplish those goals if they lose this game.

The Packers are coming off a dominant performance in their 40-14 win over the Tennessee Titans in a snowy Lambeau Field Sunday night. It was their fifth straight win. The Bears have now won three straight games after enduring a six-game midseason losing streak. Last week, Chicago crushed the Jacksonville Jaguars on the road, 41-17.

The Packers lead the all-time series between these two teams 99-94-6 including wins in eight of the last nine contests. The Packers defeated the Bears in their first meeting of this season 41-25 in a game that was not as close as the final score indicated. The teams have split the only two postseason meetings with the last one coming in the 2010 NFC Championship Game which sent the Packers to Super Bowl XLV.

The Bears defense has not been as dominant in 2020 as it has been in recent seasons, but they still have a formidable pass rush led by edge rusher Khalil Mack. Mack has eight sacks to lead the team. He has a great combination of power and speed moves and is very good as gaining an advantage on opposing blockers by using a hand check. Right tackle Billy Turner will face a tough challenge in blocking Mack in what should be a great matchup to watch. Turner got the job done in the first meeting between the teams in November.

Mack is not the only player capable of pressuring the passer. Nose tackle Bilal Nichols has five sacks while linebacker Roquan Smith and defensive end Mario Edwards have four sacks each.

The Packers offensive line has done a consistent job of protecting Rodgers this season. In the first meeting between the teams, Rodgers was not sacked and the Green Bay offense scored 41 points as the Pack cruised to victory.

The Bears best offensive weapon is wide receiver Allen Robinson. The former Penn State star already has 100 catches for 1,213 yards and six touchdowns this season. He played well against the Packers in the first meeting, catching eight passes for 74 yards and two touchdowns, although many of those catches came after the outcome was already decided.

Robinson has good size at 6’2”. The Packers will have a choice of matching up Pro Bowler Jaire Alexander on Robinson and give away four inches in height or going with the less consistent Kevin King who is 6’3” and therefore has the size needed to challenge Robinson.

The Packers don’t need to shut Robinson down altogether, but merely to contain him and prevent him from making game-changing plays.

This was an easy thing to say before the first meeting between these teams, but Trubisky has played better in recent weeks and that makes this a bigger challenge.

In his last four games, Trubisky has thrown seven touchdowns and just two interceptions while finishing every game with a passer rating of at least 97.7. He has exceled since the coaching staff had him line up under center more often and simplified his reads.

Trubisky’s issue has often been accuracy and he is often a streaky passer. He is also a mobile quarterback who can extend plays and pick up first downs with his feet. The Packers must pressure Trubisky and prevent him from beating them with his legs as well.

Look for Za’Darius Smith to lead the charge for the Packers pass rush. Preston Smith has also picked up his game in recent weeks while Rashan Gary has gotten a lot of pressure as well.

If the Packers pressure Trubisky, they can force him into making mistakes and take control of the game.

Special teams have hurt the Packers a lot this season and the Bears have a dangerous return specialist in Cordarrelle Patterson.

Patterson is averaging 29.2-yards per kick return and has a 104-yard touchdown already this season. He needs 36 yards on kick returns to reach 1,000 yards for the season.

The Packers cannot allow Patterson to give the Bears a big field position advantage with long returns and cannot allow Chicago to get points directly from their special teams.

Green Bay allowed another long return last week although a penalty wiped out a lot of the gain. Green Bay is vulnerable in this area and it’s something they need to straighten out before the playoffs get under way.

A big return by Patterson could help equalize the game or give the Bears an advantage. The Packers special teams unit cannot allow this to happen.

The Bears have struggled to run the football this season but in their recent three-game winning streak, they have been better in this area.

Their top runner is David Montgomery who missed the first meeting between these two teams. Montgomery has 1,001 yards rushing for the season and has scored seven rushing touchdowns. He added 95 yards and a score last week in the one-sided win over the Jaguars.

The Packers run defense rose to the occasion last week against Tennessee and contained Derrick Henry in the snow. If the Packers can contain the Chicago running game and put Trubisky in third and long situations, they can concentrate on rushing the passer and make life more difficult for Trubisky.

Montgomery and Patterson are also dangerous as pass receivers in the flats and as check downs. The Packers need to prevent the Bears from turning short passes into long gains and key first downs.

The Packers have three talented running backs on their roster although Jamaal Williams missed last week’s game with a quad injury. Williams returned to practice mid-week but his availability for Sunday’s game is still uncertain.

A.J. Dillon had his coming out party last Sunday night against the Titans. He is ideally suited for running in cold weather which is expected again on Sunday. Dillon is big with thick thighs and tough to bring down one-on-one. He still must prove last week’s performance was no fluke.

Aaron Jones was dinged up last week against Tennessee and has been nursing a toe injury for a few weeks although he is not on the early injury report. He now has back-to-back 1,000-yard seasons and needs 22 yards to top his single-season high. Jones is always a threat to break a long run and if healthy, will probably be the Packers feature back.

The Packers must be able to run the ball Sunday and in the playoffs as the weather gets more and more harsh. The once vaunted Bears run defense is ranked 15th in the league and is now allowing 115.7-yards per game.

Even if the Packers don’t gain large chunks of yards on the ground, they need to run the ball enough to keep the Bears defense honest and set up their play action passing game. Expect the Packers to be able to do this on Sunday.

Both teams need this game and although the Packers are the better team on paper, the Bears will be no pushover. They have played better in recent weeks and will give the Pack a game on Sunday. Besides, it’s a rivalry game and that means you can often throw the records out the window.

In the end, the Green Bay offense is tough to stop and the Bears offense is just not as consistent as the Packers unit.

A late turnover will be the difference as the Packers lock up the top seed in the NFC.