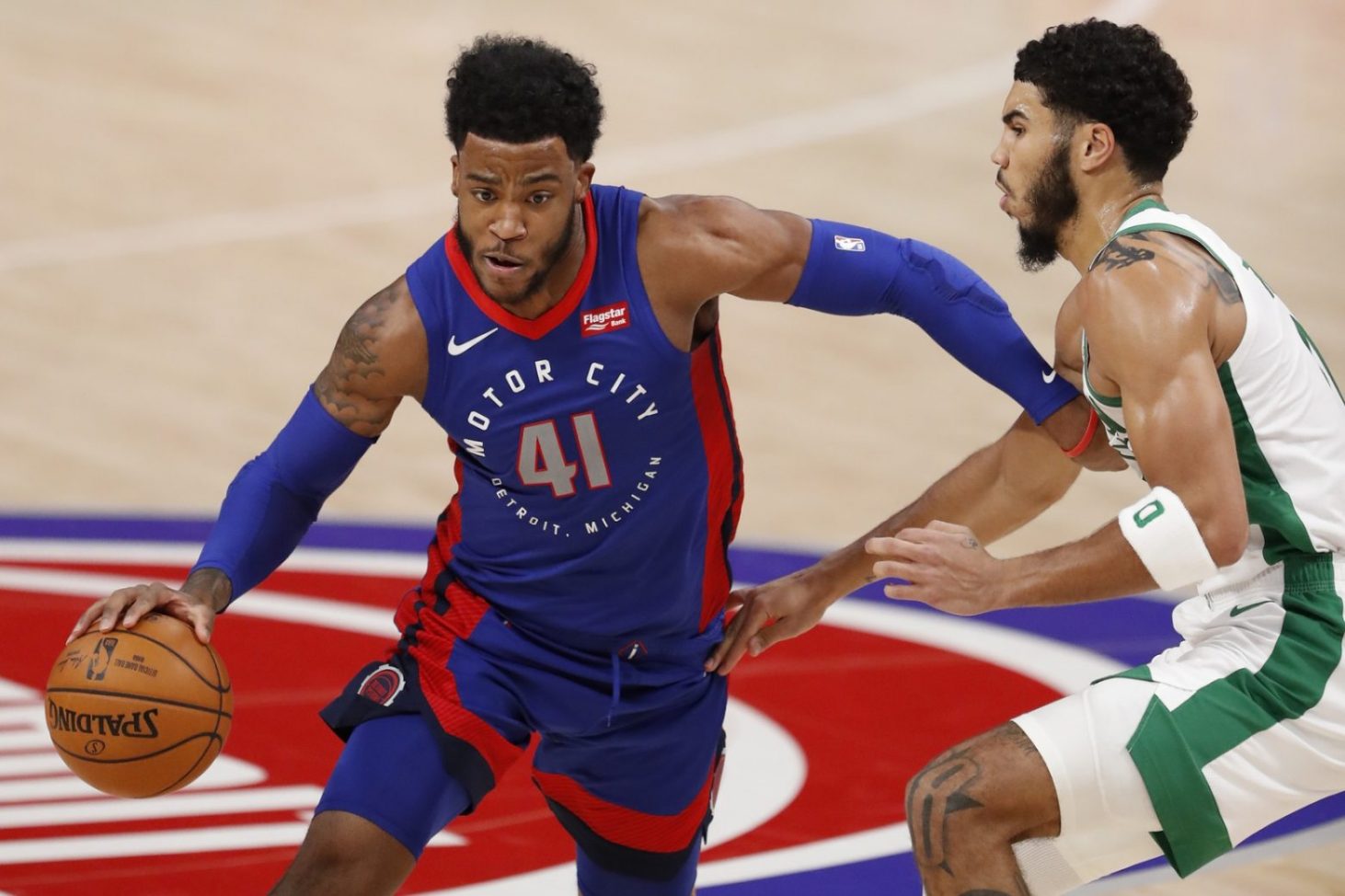 A second consecutive loss to Detroit would’ve been disastrous after the Friday collapse. That’s almost what happened due to Boston’s defensive issues, but the Jays had other plans and forced a 122-120 victory.

Jaylen Brown led all scorers with 31 points—not many other stats, but this was some of the most accurate shooting of his career (81.2%), so who cares. Jayson Tatum, while not shooting as efficiently, brought his playmaking to bear to contribute 12 assists alongside 24 points, 8 boards and 2 blocks. Four additional Celtics reached double figures in the shootout: Marcus Smart (17-3-9), Daniel Theis (15-4-1 and a steal), Tristan Thompson (12-11-1) and Semi Ojeleye (just 11 and a board, but off three triples). It’s a bit distressing that they needed this many points to repel a basement-dwelling Pistons team, but for now all the team can do is move on and hopefully learn.

Let’s go through it. Abby’s opening statement was not promising:

If you like offense, check out the #Celtics and #Pistons right now @NBCSBoston!

Count that 3️⃣ from Theis pic.twitter.com/wetIMOf9mv

But they were letting Jerami Grant and Blake Griffin score almost at will (understandable) as well as the likes of Mason Plumlee, Josh Jackson and Derrick Rose’s corpse (not understandable).

A lineup with two bigs should not be bleeding points in the paint. There’s no defensive resistance whatsoever

Brad is really making me hate Daniel Theis by playing him at the 4. He’s a huge liability when he’s on the court with Thompson.

In the midst of all this, Jaylen’s Next Leap continues unabated:

Only Brown and Teague have more so far this season. Both currently have 12 https://t.co/Cu4leRe6Pe

Payton Pritchard contributed significantly to the Q2 turnaround with strong effort on both ends of the floor:

Unsurprisingly, the definitive difference-makers were the Jays.

Celtics should just keep feeding Jaylen Brown until further notice with this run he's on.

There were still blooper-reel-level mistakes happening:

Boston are 23-for-39 right now. That’s a huge offensive improvement from Friday

Things stayed close in Q3, with Boston barely maintaining a lead, mostly due to—well, wouldn’t ya know it, Jaylen Brown!

Another great hesi from Jaylen.

Griffin comes to stop the ball on the break as Brown arrives at the arc. Brown takes a beat, straightens up enough for Griffin to settle, and then blows by for the reverse layup in transition.

Jaylen Brown has been the Celtics best player this season so far. Shows up every night and just balls out playing as hard as possible. Love watching him play

As hard a time as Theis had defensively paired with Thompson, they both stayed making strong offensive contributions. Stevens ran plays for for one or both of them on consecutive possessions and the Pistons defense simply couldn’t figure it out:

But those defensive woes meant Detroit was always barking at Boston’s heels. It was clear some change had to be made, in either approach or effort (ideally both).

Since the start of last season, the Celtics are 10-3 when Tatum has 6+ assists (including postseason)

And Ojeleye, not a factor for much of the contest, suddenly canned three consecutive triples:

9 points for Semi Ojeleye in the first four minutes of the fourth quarter.

Celtics right up there at 48%.

How about that ball movement 👏 pic.twitter.com/PScfetsd99

Somehow this game was tied, and everyone on Celtics Twitter was miserable:

Why do you do this to me @celtics

love leaving shooters open and still not being able to rebound

In the end, it came down to the Pistons doing exactly what they should’ve done to defend against the Celtics, and Jaylen Brown and Jayson Tatum beating them anyway.

Pistons are going to pack the paint so the C's should to Jaylen and count on Mr. Midrange and hope the Pistons overreact and he can find someone for an easy shot

TATUM!! And a block at the other end!!

Jayson Tatum, for the win. pic.twitter.com/qczwEOzINw