Ravens get it done in Cincinnati, 38-3, to meet Titans in playoffs 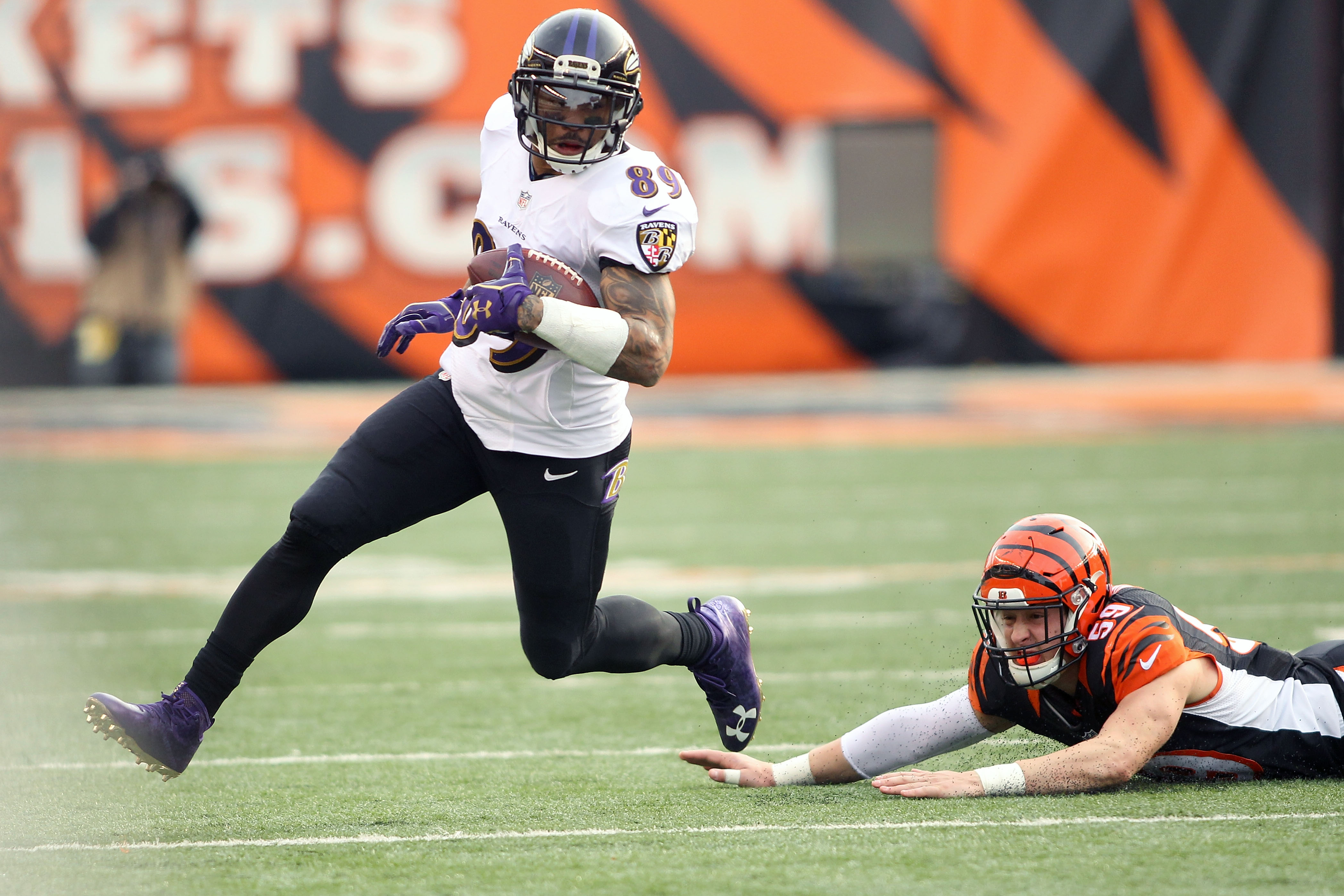 Ravens get it done in Cincinnati, 38-3, to meet Titans in playoffs

“I like where we’re at right now,” Ravens coach John Harbaugh said. “I love where this team is right now. I love us going into the playoffs in this scenario at this time. I’m excited about it.”

The Ravens left no doubt they belonged in the postseason with a 38-3 rout of the Bengals on Sunday, with Jackson throwing three touchdown passes and becoming the first quarterback in NFL history with two seasons of more than 1,000 rushing yards.

The Ravens (11-5) ran for a club record 404 yards — the fourth team since 1950 to rush for more than 400 in a single game — and amassed 525 overall in advancing to the playoffs for the third straight season. The Ravens took the fifth seed in the AFC with Miami’s loss at Buffalo and will play at AFC South champion Tennessee (11-5) next Sunday at 1:05 p.m. EST.

“It’s pretty cool,” Jackson said. “Now we have to win or go home. That’s what it’s been the last few weeks. We have to win to keep going.”

Rookie J.K. Dobbins rushed for 160 yards and two touchdowns, including a 72-yard scoring romp in the third quarter.

“It’s a bunch of guys that are happy, but we’re still hungry,” Dobbins said. “We’re glad to get this win and get in, but we know what the ultimate goal is, and that’s what’s on our minds right now.”

Jackson rushed for 97 yards and threw for 113 before taking a seat in the third quarter. He has run or passed for at least one touchdown in 36 straight starts, the longest active streak in the NFL.

Baltimore scored on its first two drives, a 34-yard Justin Tucker field goal followed by a 43-yard touchdown pass from Jackson to Miles Boykin. The Ravens extended the lead to 17-0 when Jackson capped a clock-eating 93-yard drive with an 18-yard TD pass to Marquise Brown.

Austin Seibert booted a 38-yard field goal to get the Bengals their only points of the afternoon.

Dobbins scored on a 4-yard burst in the third quarter, set up by rushes of 18, 6 and 20 yards by Jackson. Jackson threw another scoring pass to Brown before departing for a rest, and Dobbins broke for the long run before Baltimore backed off.

Cincinnati’s Brandon Allen, who threw for 371 yards and two touchdowns in the win over the Texans last week, was just 6 for 21 for 48 yards with two interceptions.

For the Bengals (4-11-1) — the only AFC North team not in the playoffs — it was a demoralizing end to another disappointing season.

“We’re a better team than what we showed today,” said Cincinnati coach Zac Taylor, who is 6-25-1 in his two seasons running the team. “We ran into a team that’s playing as good of football as we’ve seen all year. They were certainly peaking at the right time.”

Veteran wide receiver A.J. Green may have played his last game as a Bengal. The former Pro Bowler made 18 million this year under the franchise tag, hoping to earn a long-term contract, but had the worst statistical year of his 10-year career. The team must decide whether to offer him a new deal.

Bengals receiver Tee Higgins entered the game one reception from the franchise rookie record, but he ran into some bad luck. The record-breaking catch appeared to come on a 41-yard gainer on a quick slant on Cincinnati’s first drive, but it was wiped out by an offensive pass interference call against receiver Mike Thomas. Higgins injured his left hamstring on the play and didn’t return.

Bengals: Higgins was ruled out after the hamstring injury. C Trey Hopkins suffered a left knee injury in the second half and was declared out.

The Ravens advance to the playoffs for the third straight year, and will travel to  Tennessee next Sunday.