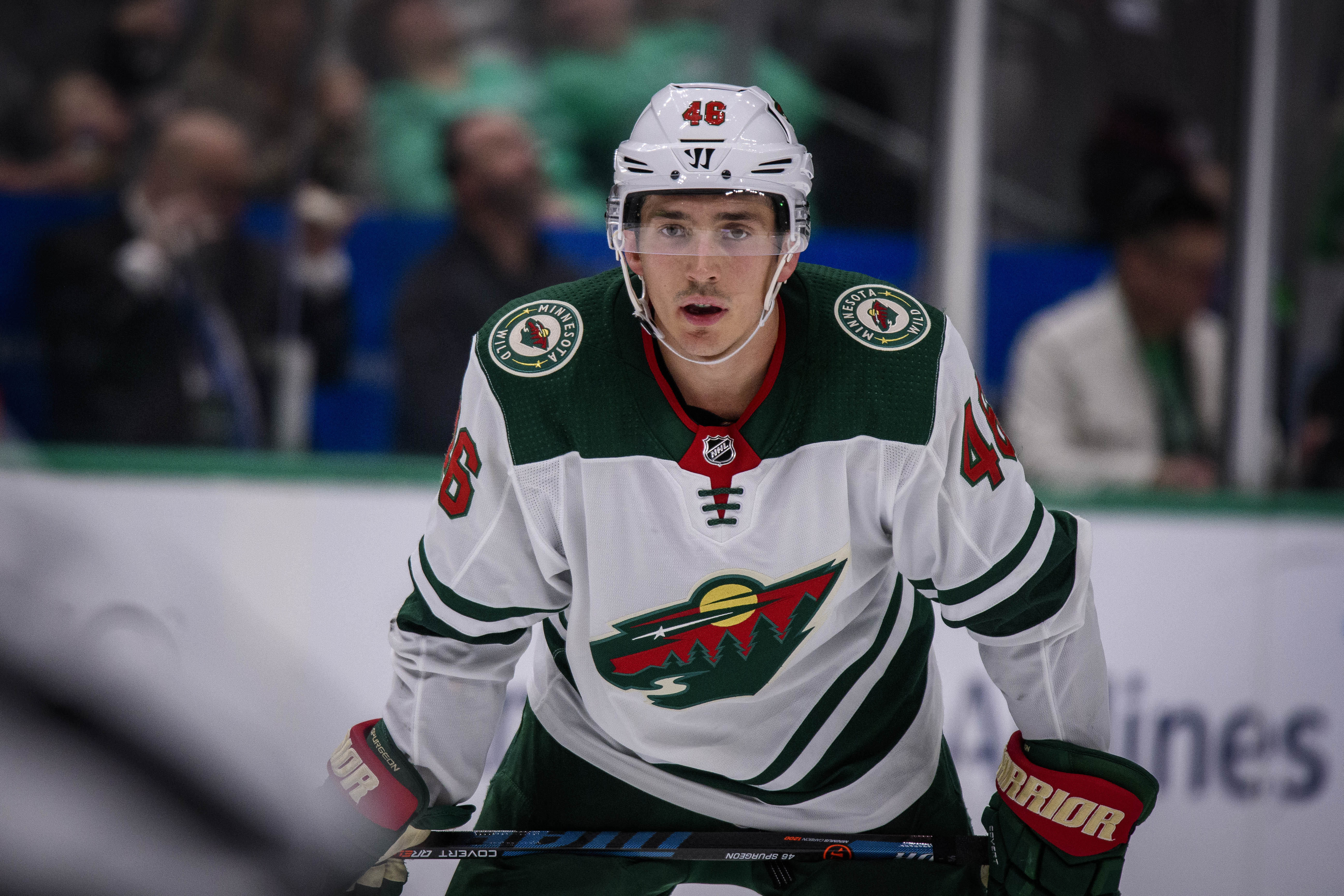 A few years ago, I taught a class on leadership to a group of high school students.  We discussed the elements that made a good leader and the four elements that people want in a leader according to surveys done globally are the following qualities: Honesty, Forward Looking, Competent and Inspiring.  The Minnesota Wild announced on Sunday that 31-year old defenseman Jared Spurgeon is the team’s new captain.  So does the team’s new captain embody these traits?

Is Jared Spurgeon honest?  Whenever Spurgeon has been interviewed after a game does he sugar coat bad play?  No, he often speaks honestly about the team’s performance and while he doesn’t point fingers or call out teammates in his comments he still is truthful in discussing how the team played.  So I would say he’s honest.

Is Jared Spurgeon forward looking?  This summer, as the team was finally going to sign long awaited prospect Kirill Kaprizov it was Spurgeon who took the initiative to contact him and welcome him to the team even going as far as to text to him in his native language.  On a team that currently doesn’t have any other Russian players, that kind of an olive branch no doubt makes a big impact.  That sounds forward looking to me.

Is Jared Spurgeon competent?  Almost universally, Spurgeon is widely considered one of the most underrated players in the league and every coach that he’s played for comes away amazed at just how talented and skilled he is.  Spurgeon is a stabilizing presence and has an outstanding hockey IQ that makes anyone he plays with better.  Its a big reason why he’s currently the highest paid player on the team.  So I’d say he is arguably the most competent player on the Wild.

Lastly, is Jared Spurgeon inspiring?  While I would not put him on the same level as Matt Dumba or a Jason Zucker as a player who uses his platform to inspire and help others, Spurgeon does inspire.  As a diminutive player who was left unsigned by the New York Islanders, he has become an inspiration for many young undersized players throughout the league and those hoping to become NHL’ers someday.  Spurgeon certainly isn’t the only smaller player realizing success in the NHL, but he has helped erase the idea that if you are a smaller player you do not have value as a player at the next level.  So he checks all of the boxes.

If you are on Twitter, the choice seems to achieved widespread praise among Wild fans.  Spurgeon of course takes over the ‘C’ from Mikko Koivu, a player whom the team jettisoned after the conclusion of the 2019-20 season.  In the weeks after the season, Wild General Manager Bill Guerin discussed what he perceived to be a culture problem with the team, something many fans (myself included) have felt has been an issue for years.

“I think for me it’s important that the captain is somebody who everybody respects, somebody that shows up every night, somebody that’s got the team’s best interest at heart and somebody you can count on.” ~ Wild GM Bill Guerin

Spurgeon certainly meets this criteria mentioned by Guerin back in December when asked about it by the Athletic‘s Michael Russo.  Guerin added, “It’s a big responsibility, and you have to worry about more than just yourself.”  It is this last quote that I feel is where Spurgeon’s aforementioned examples of being forward thinking separated himself from veteran winger Zach Parise. 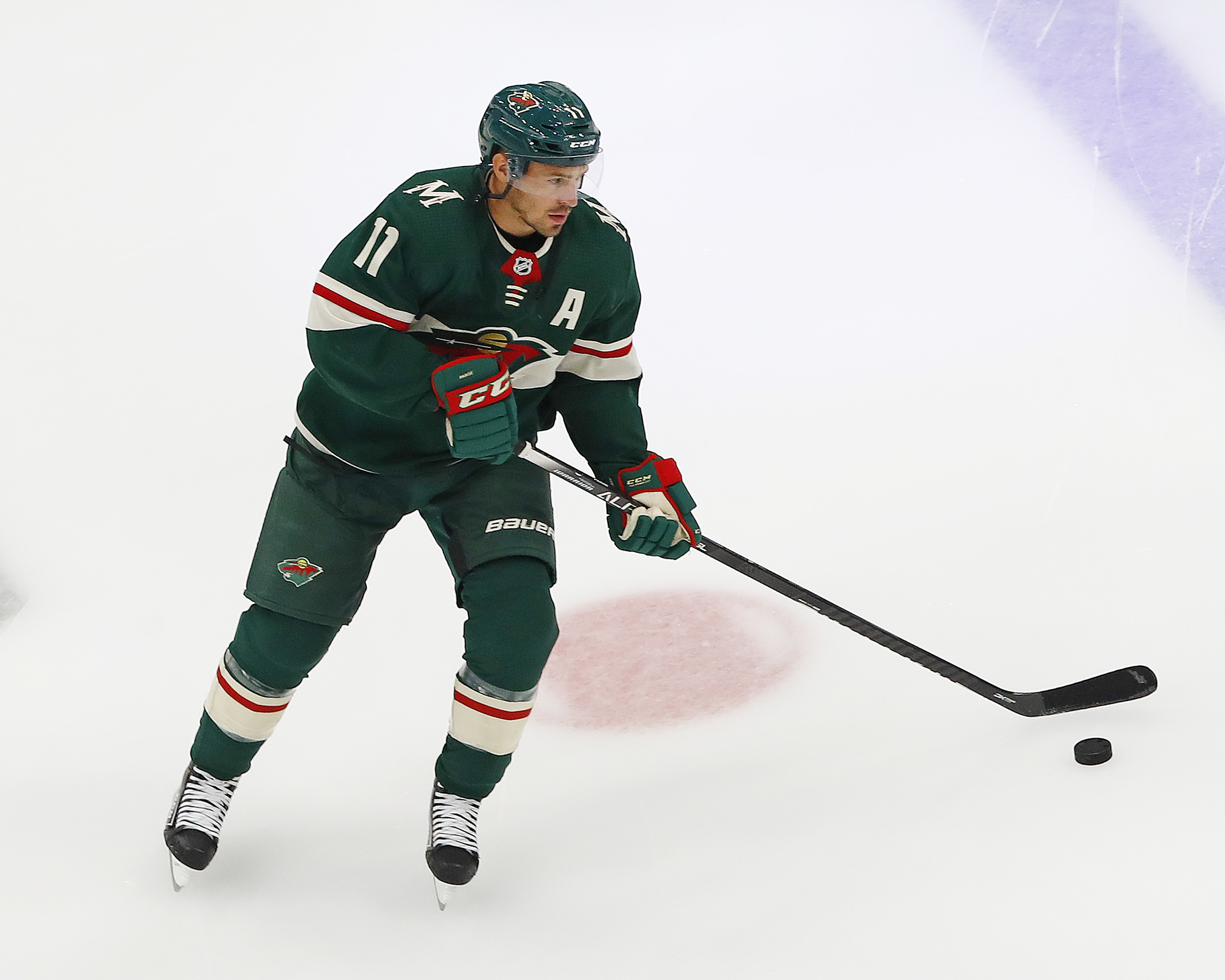 Parise’s comments revealed that he had given the thought of the arrival of Kirill Kaprizov very little thought and spoke mostly about what being captain would mean to him personally.

I will admit, I was a bit worried the team was going to give the 36-year old winger the captain’s ‘C.’  In my opinion, he is part of the ‘culture problem’ Guerin referenced, and has been the embodiment of the entitled star player who doesn’t accept criticism or take ownership of poor / uninspired play.  However, as friend of the blog @StateofHoppy from the podcast The Sota Pod discussed with me on Twitter, the decision to keep both Parise and Ryan Suter as alternate captains is somewhat puzzling.

Suter is another player who comes off as entitled and has had more than a few clashes with Wild coaches (just scroll down a bit from this link) and team management over the years where he asserted his friendship with ownership.  Parise also had his share of clashes with coaches over the years, most notably his consultation with Adam Oates on ways to improve the Wild power play and going as far as inviting Oates to watch team practices and then to ask the coaching staff to take advice from this unauthorized consultant.

In my opinion, it is this level of entitlement that is toxic and is why keeping both Suter and Parise as part of the leadership core problematic especially when you’ve been talking about the need to change the culture of this team.  I would’ve stripped them of their ‘A’s as alternate captains and while that may have made them angry, by not taking that symbolic leadership from them it is still allowing a small ledge for the toxic ‘entitled’ culture to continue. 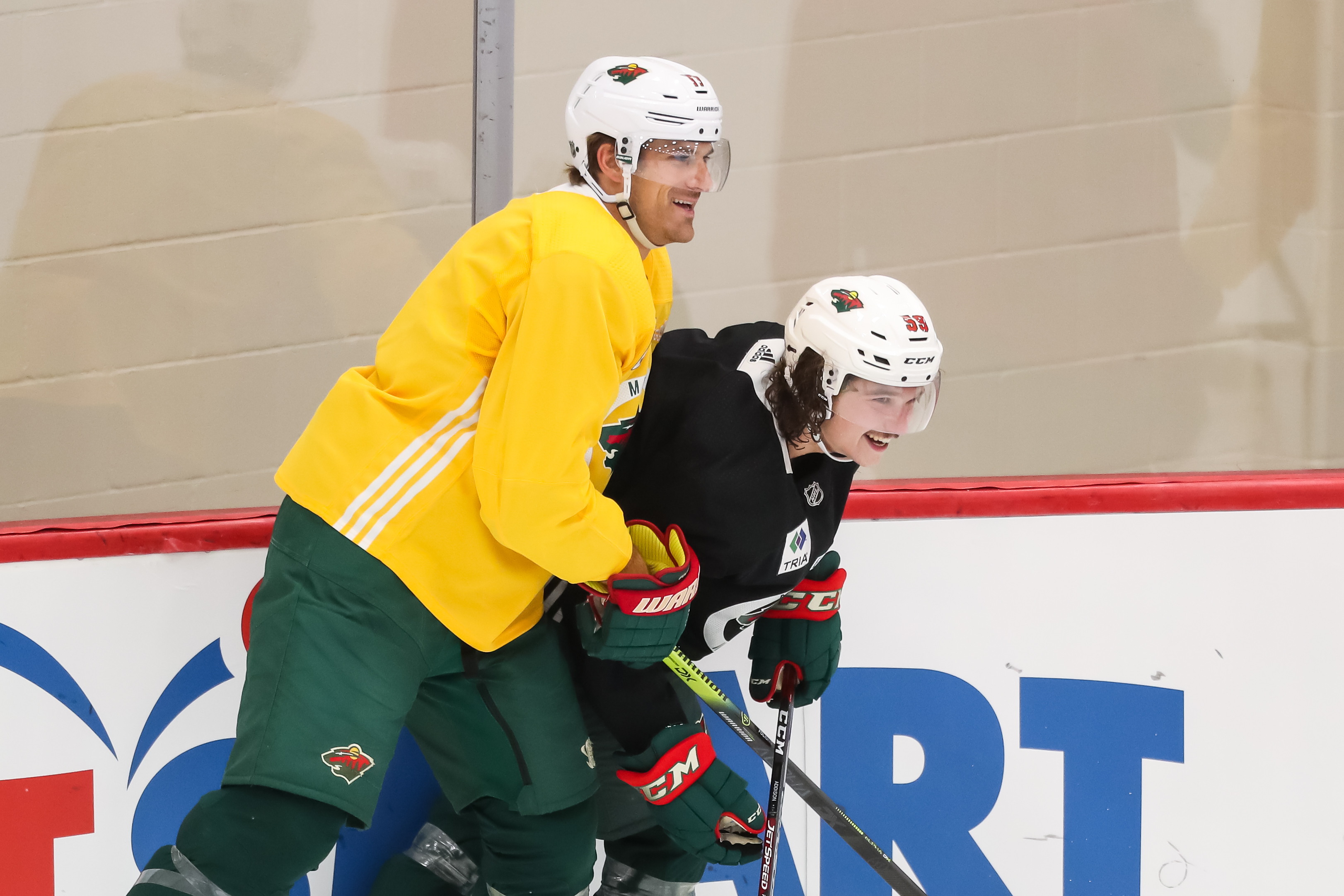 What about Marcus Foligno?

Marcus Foligno is another name that many Wild fans have felt is worthy of consideration in regards to the team’s captaincy and I’m inclined to agree with them.  Like Spurgeon, Foligno embodies those same traits we discussed above.

Is Foligno honest?  Michael Russo mentioned numerous times on his podcast how honest and candid the rugged forward is and it is why he was often a go-to quote for the club after losses because you were going to get fair and honest answer.  If the team played like crap, he said so and with a hockey knowledgeable fanbase that kind of honesty helps establish instant credibility.  I think that honesty was no doubt instilled by his father, former NHL’er Mike Foligno and his older brother Nick Foligno who is team captain of the Columbus Blue Jackets.

Is Foligno forward looking?  Foligno also reached out to Kirill Kaprizov shortly after the team signed him to welcome him to the team.  The one major difference between the two is Spurgeon has a seven-year, $53.025 million deal that starts this season whereas Foligno is on the last year of his $2.875 million deal.  However for Foligno to reach out like Spurgeon did to Kaprizov demonstrates a player who realizes how important it is to try to establish a positive relationship early with a player who really is leaving his home nation for the first time (in the long term).

Is Foligno competent?  Foligno has established himself as one of the better defensive forwards on the team, especially working in tandem with pesky center Joel Eriksson Ek.  He uses his reach well to break up plays and also provides toughness when necessary which earns him the respect of teammates and fans.

Lastly, is Foligno inspiring?  Working together with his brother, Nick the two created a charity in honor of their mother Janis who lost her battle with cancer back in 2009.  They started a charity, the Janis Foligno Foundation inspired by his own mom’s work with Meals on Wheels and other charitable endeavors.  So again, another player who checks all of the boxes.

He was also the choice of the Huskies’ Warming House‘s Nick Maxson.  I can’t disagree with what he said and I feel he was a worthy candidate.  I think its a shame he’s not one of the team’s alternate captains, but I understand with the uncertainty as to how much longer he’ll be with the organization was probably factored into their decision.

However I would certainly argue that by giving Foligno that kind of recognition would’ve been another positive step towards that culture change that Wild GM Bill Guerin had stated he wanted to establish.  What Guerin is doing is trying to create some credibility within the organization, to get buy in from the players, the team and fans as this team is about to open training camp on this season.  Being credible is started by communication, earned by doing and trust.  So far, I think Guerin has taken some of those steps but its a long road.